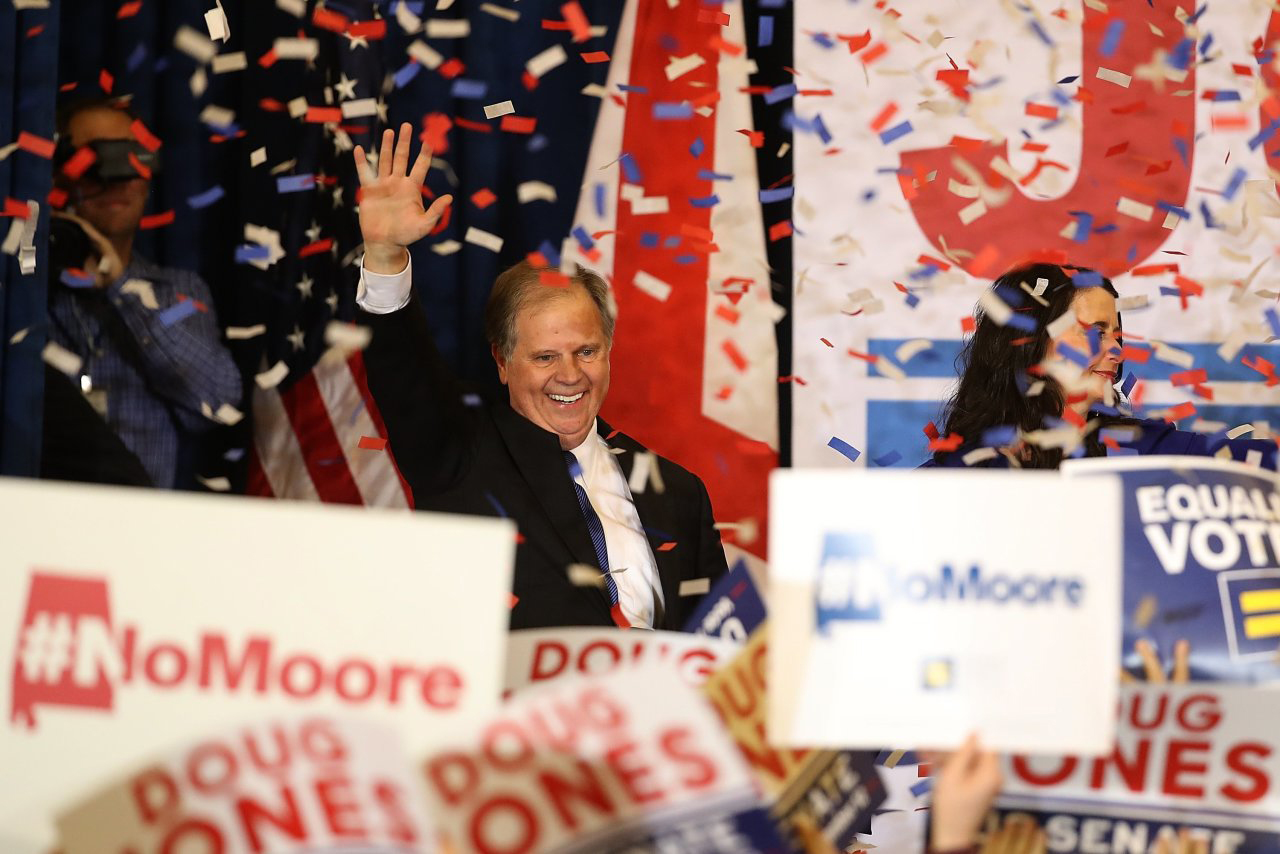 I remember around this time last year, I think I wrote that as shitty as 2016 was, 2017 would probably be a lot worse, and because I’m one of those people, I’m happy to report I was right. I mean, what a steaming pile of shit, right? Even Tom Petty died … Tom Petty! If you didn’t like Tom Petty, at least a little bit, I’m pretty sure we can’t be friends.

But I guess there was a ray of hope there at the end, right? Doug Jones defeated Judge Roy Moore in a special election for Attorney General Jeff Sessions’ vacated seat in the U.S. Senate. Let’s set aside for a moment that Judge Roy Moore was even a credible candidate in the first place. Let’s pay no mind for a moment that Moore was facing many credible allegations that he had sexually abused teenagers in the past. I mean, it’s awful that he did those things, but let’s forget about them for a moment. Let’s forget that despite these allegations, and even though he’d been asked to bow out of the race, even by level-headed members of his own party, he soldiered on and thought it would be best to turn on his accusers, taking a page out of a playbook that got another accused abuser elected into a higher seat in the government (not naming names), and tried to turn himself into the victim. Let’s set that aside and remember that even before these allegations, Moore had gone on the record stating that he thought homosexuality should be considered a crime and that Keith Ellison should be prohibited from serving in Congress because he is a Muslim. Let’s ignore that Moore was also one of those “birther” dudes who believed, erroneously, that President Obama wasn’t born in the United States (which seemed to work out fine for someone else who ran for office last year). And despite all these things, this Moore guy was able to win a primary and become a candidate for one of our two major political parties (I’m not going to name which one) and eventually even received the support of said party and an endorsement from the U.S. President said party shoehorned into the White House last year under our watch.

Let’s also forget that despite all these things, Moore carried 48.4 percent of the votes (650,436 as of this writing, according to CNN.com) and lost the election by a scant 1.5 percent. Let’s be happy that Doug Jones won.

I’m not trying to rain on anyone’s parade, I swear. Jones becoming senate-elect in Alabama is far better than the alternative. I admit that when my wife and I watched a replay of the special election coverage on YouTube, we were cheering and smiling. It felt good, even though I have to admit the only thing I really know about Alabama is that the Auburn/Alabama college football game is a really big deal down there—or at least that’s what sportscasters would have me believe. Maybe therein lies the problem. I don’t understand where the 650,436 people are coming from at all, and expect they have no idea why I’m usually voting for the other person. Do they think that I’m some godless liberal prick who eats kale by the truckload? Do they think that I think that they’re a bunch of toothless rednecks who fornicate with their cousins?

The thing is, I don’t. I don’t think they’re backward, uncivilized rubes. The truth is, I don’t think about them much at all. In fact, if this special election in Alabama hadn’t been so dominant in this end-of-year news cycle, I probably wouldn’t have uttered the word “Alabama” at all this year. I’m not sure if that’s a good thing or a bad thing, all I know is that I have a lot of shit of my own to deal with, as I’m sure the 650,436 Roy Moore voters do. They probably don’t care about me all that much, so maybe that’s why when they hear something on Fox News or whatever that people like me are trying to make the country into homosexual Christmas haters by buying venti frappuccinos at Starbucks, they probably don’t have the time to fact check and find out that it’s totally false. They probably don’t even know that I’ve never, ever had a frappuccino. Crazy, right? Here I am, all liberal as fuck and all, and I just drink stupid, boring, regular coffee—OK, with unsweetened almond milk, but that’s besides the point.

So I just wanted to take the time and say to the Moore voters: Hi, I hope you have a Merry Christmas and a Happy New Year. I hope you’ll give Doug Jones a chance. Again, I don’t know much about him, but his acceptance speech was humble, and he seems like a good guy. Heck, even Charles Barkley likes him, so that’s gotta count for something. I also hope you’ll convince your candidate that it’s time to stop being such a snowflake and concede the race already, because as of this writing, he hasn’t.

And to anyone else reading, Happy 2018! I hope all of you have a great holiday season and drink a lot of wine and eat a lot of food and have a lot of laughs with your family, friends and loved ones. We could all use a healthy dose of cheer to close out yet another tumultuous turn around the sun.