Turn the Other Cheek 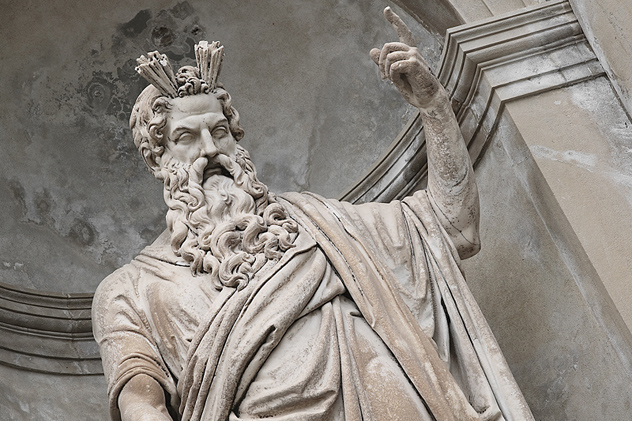 It’s never been a better time to be a Christian in America.

Seriously, hear me out.

First of all, it’s never been a bad time to be a Christian in America. Your “God” has his name printed right there on the dollar bill, after all. Also there hasn’t been a president in recent memory (yes, even your despicable adversary Barack Obama) who doesn’t name-drop God like they’re besties every chance he gets. If those aren’t signs that the U.S.A. is A-OK with Christianity, I’m not sure what is.

This is a Christian nation, after all. Sure, we don’t like to say that it is, but it is. I can’t speak for the framers of the Constitution, because they’ve been dead for a couple hundred years, but I’m guessing, given America’s puritanical roots, that granting “freedom of religion” meant you were free to practice whatever zany offshoot of Christianity you preferred, be it Quaker, Shaker or Candlestick Maker, and probably had little regard for the myriad religions that washed up on this country’s shores over the past 230 years.

Nevertheless, there are some Christians who somehow believe they’re a persecuted group. They’re easy to spot. They usually slap magnetic bumper stickers on their car urging us to keep the “Christ” in “Christmas,” like we could ever take it out. Then it would be just called “Mas,” and that’s the worst name for a holiday ever. In recent years, they’ve been through a lot. They’ve had to endure the ‘60s, Roe v. Wade and now the legalization of same-sex marriage in all 50 states.

I know that last one was probably a big blow to Christian life in America. For all these years, marriage has been defined between a man and a woman, I guess, because there’s some passage in Leviticus somewhere that says same-sex couples are an abomination or something. I’m not sure why a few terse, ancient scribblings should’ve been used as legal precedent in an industrialized nation thousands of years in the future, but such is the way of things. Like, does anyone know if Zeus was pro or against gay marriage?

Whether he was or wasn’t, it wouldn’t matter. Zeus wasn’t the Christian God, so he doesn’t count. He was just a lecherous, pagan deity who’d turn into a swan so he could get it on with human women, created by a group of people who lived thousands of years ago who were clearly primitive, both mentally and spiritually. I mean, all the Ancient Greeks ever came up with were ethics, philosophy and democracy, and look how well those turned out.

But I’m not trying to put American Christians through any more than they’ve already had to endure. Let’s hold them at their word that the legalization of same-sex marriage is an abomination and will degrade American values to the point where I can legally marry the Bone Daddy bobblehead that adorns my writing desk. That would be both a same-sex and a flesh-plastic union, the legality of the latter still pending in courts. Let’s say that this degradation of values leads to crazy, unimaginable, chaos-type shit, like mass shootings in movie theaters, elementary schools and Southern churches. Or spawns a Catholic pope who’s all, “Hey, let’s stop blaming the poor for being poor,” and, “Hey, this global warming/climate change thing? It’s really a thing.” And let’s say all of these things are just harbingers for even worse things like plagues of locusts and rivers running red with blood. I think you’re looking at it all wrong that it’s a bad thing. You’ve got to think outside the box on this one.

The legalization of same-sex marriage gives you the perfect opportunity to show us just how Christian you really are. You don’t have to answer to the Supreme Court, after all, but the One True Court of the Almighty Father. God’s the one who’s going to sort us all out in the Great By and By anyway, so hold your head up high that it’s all of us liberal sinners who are going to suffer the infinite stabbings of demonic pitchforks for all eternity, while you will be basking poolside with the hosts of Cherubim and Seraphim, drinking non-alcoholic pina coladas. He’s the only one who can judge us, right? Not me, you or anyone else, so rejoice, and be glad in it. You will rise above the perverse squalor of this earthly realm, one day. In the meantime, all you have to do is live and let live, turn the other cheek and remain confident in your conviction that you’re going to collect your reward in the afterlife.

I mean, you are confident, right?