We Really Don’t Have Any Right to Complain 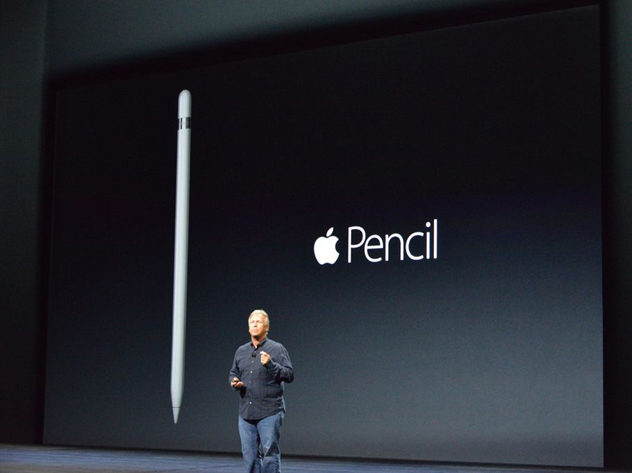 I don’t know how things are in other countries, but I’m positive we have it pretty good here in America. I know things are tough sometimes. We all have problems, and I don’t mean to trivialize yours, but if you’re living here, your problems aren’t as serious as some poor schlub living in Myanmar or somewhere. I mean, Myanmar may be nice. I’ve never been there, but I’m sure it’s a lot more difficult to be a poor schlub there than it is to be a poor schlub here. I know this because of the Apple Pencil.

According to Apple.com, the Pencil is an accessory for their new tablet, the iPad Pro, which I assume is just a more expensive version of their already expensive iPad. Here’s what they have to say about the Pencil: “When using iPad Pro, there may be moments when you want even greater precision. So we painstakingly designed Apple Pencil to expand on the versatility of Multi-Touch. And while the technology inside is unlike anything we’ve ever engineered, picking up Apple Pencil for the first time feels instantly familiar. It lets you make any number of effects, right down to a single pixel, giving you more creative freedom than ever before.”

There’s so much that bothers me about all that, I’m not sure where to begin.

“The technology is like nothing we’ve ever engineered …” bitch, please. They’ve always got to make everything seem like it’s the greatest thing ever. Like this mutant stylus is going to move us one step closer to a utopian society. And of course it feels familiar, everyone’s used a pencil … or a pen … right? Am I the only one who’s bothered by this? What’s worse is that opening phrase, “When using iPad Pro …” Don’t be so presumptuous, asshole.

Another thing that really drove me crazy was its promotional image: pictured is a slim, white, stylus-looking thing set against an ombre backdrop that fades from dark black at the top to light gray at the bottom; to the right of the device is the Apple logo, and to the right of that stark, white lettering that reads, “Pencil.” It’s typical Apple marketing, but for some reason, I find this one particularly insulting. I just look at that promotional image, and I get so mad. Pencil … UGH! Like they invented the fucking pencil. Like no one’s ever heard of a goddamn fucking pencil before. Pen-cil! Fucking Pencil! FUCK! It’s like they’re rubbing my face in the fact that they can come up with any extraneous piece of shit and people will buy it.

Hmph … I mean, obviously people will. Whatever they make, no matter how ridiculous, people foam at the mouth over it. The Apple Pencil has predictably become a hot-ticket item this holiday season. Though it retails for $99, prices are blowing up in secondary markets, because, you know, supplies are limited. According to Fox59.com’s Dave Goldman, Apple Pencils are going for $500 on eBay.

So, like, even if this thing unleashes your creativity as Apple claims it will, and you drop a few hundred to purchase one on eBay, you’re still going to have to pony up another 800 bucks to buy an iPad Pro to even use it.

I shouldn’t really talk, because I fall for it so hard. I might not be one of those morons who line up outside the Apple store and camp out for a weekend so I can be the first to buy this bullshit, but I’m always eager to pick up the scraps. I’ll make fun of this stupid piece of shit now, but then someone I know will get it and show me how awesome it is and then I’ll really want one. I thought I’d never buy a Mac, but here I am typing this on a Mac Mini. I thought the iPhone was stupid, but here I am with an iPhone. I figured why the hell would I need a lousy iPad since I already had an idiot iPhone, but just last week I got an iPad, and I love the fucking thing. I use it to watch Netflix in bed, because I never knew that all I ever really wanted in life was to have a tablet so I could watch Netflix in bed.

But the one bright spot in all this is that it makes me realize that I really don’t have anything to complain about. As I sit here writing this on my fancy, diminutive Macintosh computer dingus, I’m not living in a war zone or wondering where and when I’ll get my next meal. I have clean water to drink and a fiancee who puts on a fresh pot of coffee and hard boils me an egg every morning. It’s really only my predisposition to be grumpy that has me searching out things like the Apple Pencil and its fucking annoying marketing to satisfy my sad need to scowl. Hey, it’s something to be thankful for.