You Guys, It’s Really Not That Bad 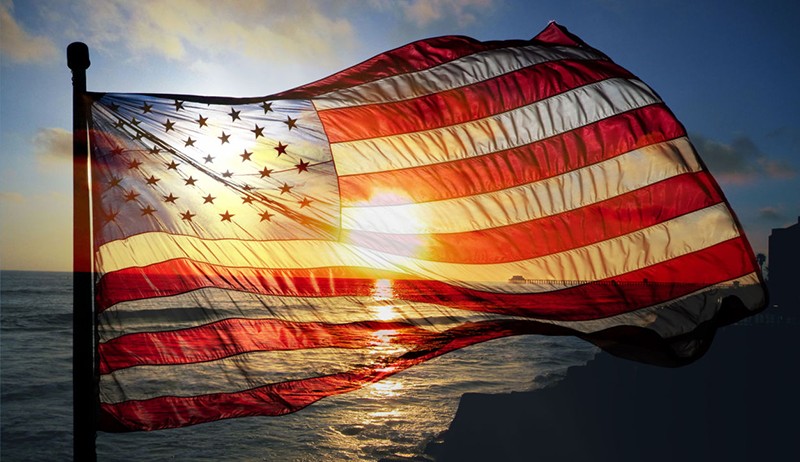 I’m going to try to be delicate here. I know people are easily offended nowadays … Hey, I can get that way too, much to my chagrin. So, in an effort to be discrete, I’m going to try to not mention any names, mostly because I think this one Big Name in question is getting way too much press lately. But there’s this phrase going around. Maybe you’ve heard it on TV or seen it on the Internet or most likely affixed to the bumper sticker of the moron … ahem … driver firmly planted in traffic in front of you. It’s goes something like “Resurrect the Awesomeness of the United States … again.” It’s a great slogan because here in America, we love a good comeback story, and what better comeback story could there be than our own? There’s a big problem with it, though. And I’m sorry, but this is where I’m going to have to be blunt: America never stopped being great. Do you have to sit down? It’s OK. I understand.

This slogan presumes that America, at some point, went through a really tough patch. Sure, we’ve had our ups and downs, like any country would, but on the whole, none of these things have toppled the United States from its as-of-now uncontested position as top of the country food chain.

Here’s an exercise: Stop reading and look up. Do you see it? Maybe you’ve been here your whole life and have taken it for granted, but America has a lot going on. Look at all those buildings! Or that wacky yellow bridge that goes over to West Sacramento! Or the State Capitol … You know, in like 200,000 years or whatever when future generations uncover the rubble of the State Capitol they’re probably going to marvel over it like we do the Mayan pyramids and say shit like, “Aliens must have built it, because there’s NO WAY such a primitive society could have pulled that shit off.” It’s true.

Look at all the cars. Everyone seems to have their own, right? Even that dude who just zipped by you who looks like he hasn’t showered in a few weeks. He’s driving a new Fiat, probably. (I kind of want one of those.) And what about iPhones and Wi-Fi and HDTV? All those things are pretty much everywhere. These things are accessible to a lot of people, too. You’ve probably got the same phone in your purse that Kim Kardashian does. Weird, right?

You might say, well, these are just things, and they’re not exclusively American (heck, none of them are even made here). Lots of countries have these things. You’re right on both counts. But being a great country isn’t an exclusively American thing either. I’ve never been to Spain, let’s say, but I’m sure Spain is pretty great too. They invented the Spanish language, right? So that seems like a pretty big accomplishment. I bet it’s a great place in different ways than America is, but that’s OK.

I’m not a warhawk sort of guy. I don’t think having an enormous military necessarily makes your country a great place to live. But if you’re looking at the word “great” through the lens of its definition as something that’s considerable, substantial and significant, the United States certainly wields great power. Perhaps greater power than any group of people who have ever walked the Earth. So, like, not even a certain High-Ranking Government Official Who Some People Erroneously Believe (A Certain Big Name Included) Was Born in Kenya winning two terms in office has put a dent into that, in case you were concerned.

But let’s look beyond the material stuff. There are a lot of things that make America great. There are cool people making great art. There are huge stars like Taylor Swift making silly videos on treadmills. There are open roads and great scenery and people who are more or less accepting of whoever or whatever. You know, if there’s anything that threatens to make America un-great, it’s people who represent this dying voice of intolerance … the last death rattle of the dark ages. But I’m not naming Any Names.