Zombies and The Golden Rule 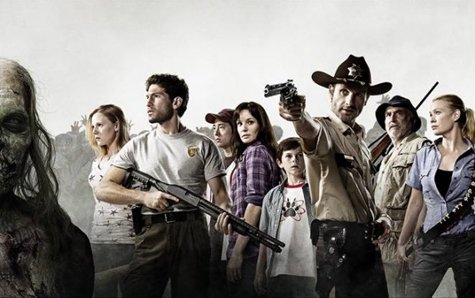 I think about zombies a lot. They’re the most often showcased feature when I’m dreaming. I’ve had numerous zombie nightmares in my life. Sometimes I ponder how I’d handle a zombie plague (after I’m done screaming, crying and hyperventilating, of course). I’d like to think that if such an incident were to occur, I have a solid contingency plan in place. I’d tell you what it is, but how do I know I can trust you?

Honestly, I’m not sure how feasible a zombie apocalypse is, or even if the world would go to hell if some virus or whatever caused the bodies of the dead to reanimate and feast on the living. We’d be bummed if grandpa unexpectedly showed up for dinner, if you get what I’m saying, but with people’s short attention spans nowadays, it probably wouldn’t be a big deal after a while. Also, logistically, I’m not sure it would work. Zombies have to get all up in your business to spread the disease and with advances in weapon technology and military tactics, an undead insurgency would probably be butchered in short order. When you think about it, zombies wouldn’t pose a big a threat as vampires, unless they were like Twilight vampires.

Real danger or not, zombie lore is as alive (HA!) as ever. And since its beginnings in cinema, it’s remained largely unchanged. If you’re a zombie apocalypse aficionado, The Walking Dead isn’t really anything you haven’t seen before. The series throws us right in a world gone in the shitter. The undead have ravaged the civilized world, toppling humans from the top of the food chain. Chaos rules, but we meet a diverse group of survivors who are trying to keep it together. They have strength in numbers (though their numbers always seem to be dwindling), but they don’t only have to battle hordes of zombies, they must also conquer their own differences and yadda, yadda, yadda. This has been the formula since George Romero conjured Night of the Living Dead from the blackest recesses of his imagination, and has held true in just about every zombie movie ever. Why fuck with something that’s not broken?

So what makes The Walking Dead so special? Maybe it’s just that it’s bringing these decades-old conventions to a wider audience. More likely, it’s the dynamic between the characters that’s gotten everyone hooked. At the center of the emotional shit storm is a love triangle that’s well played between the three central characters: Rick Grimes, a cop who was in a coma when the outbreak occurred and awakes to find the world gone to hell; Shane Walsh, Grimes’ partner and the man responsible for saving Rick’s family; and Lori, Grimes’ wife, who has an affair with Walsh while she believes her husband is dead. Season 1 ran just six episodes, but that’s still four times as long as any zombie film, so the nuances in these relationships have room to flourish.

The Walking Dead, like most good zombie movies, is about the living as opposed to the dead. That’s for the best, because zombies are pretty boring, they just shamble around, groan and eat, kind of like your college roommate who nursed a bong all day. People, the living kind, have a lot more stuff going on. They might beat their wives or be racist pricks–not that these are good traits, but they are traits. Zombies don’t care if you’re young or old, white or black, Jewish or Muslim. As Grimes observes in The Walking Dead, none of that matters: “We’re all white meat or dark meat.” So even though the show features scenes of people driving pick axes through the heads of their fallen companions who got all chomped up on by a zombie, the underlying message of The Walking Dead is actually quite sweet: “Bro, we got to stick together.” Remember that this holiday season when your drunk uncle starts talking politics at you.