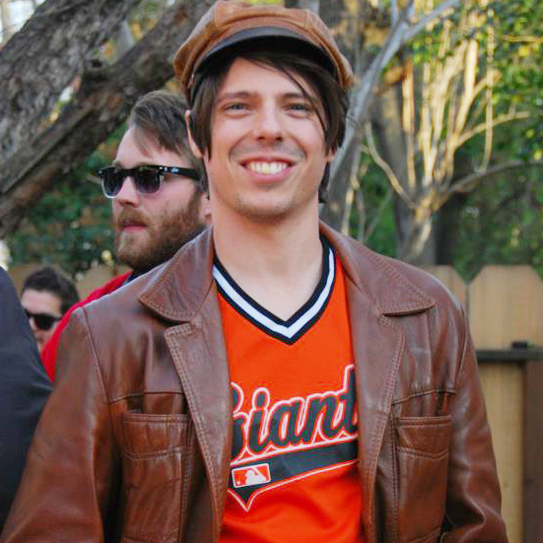 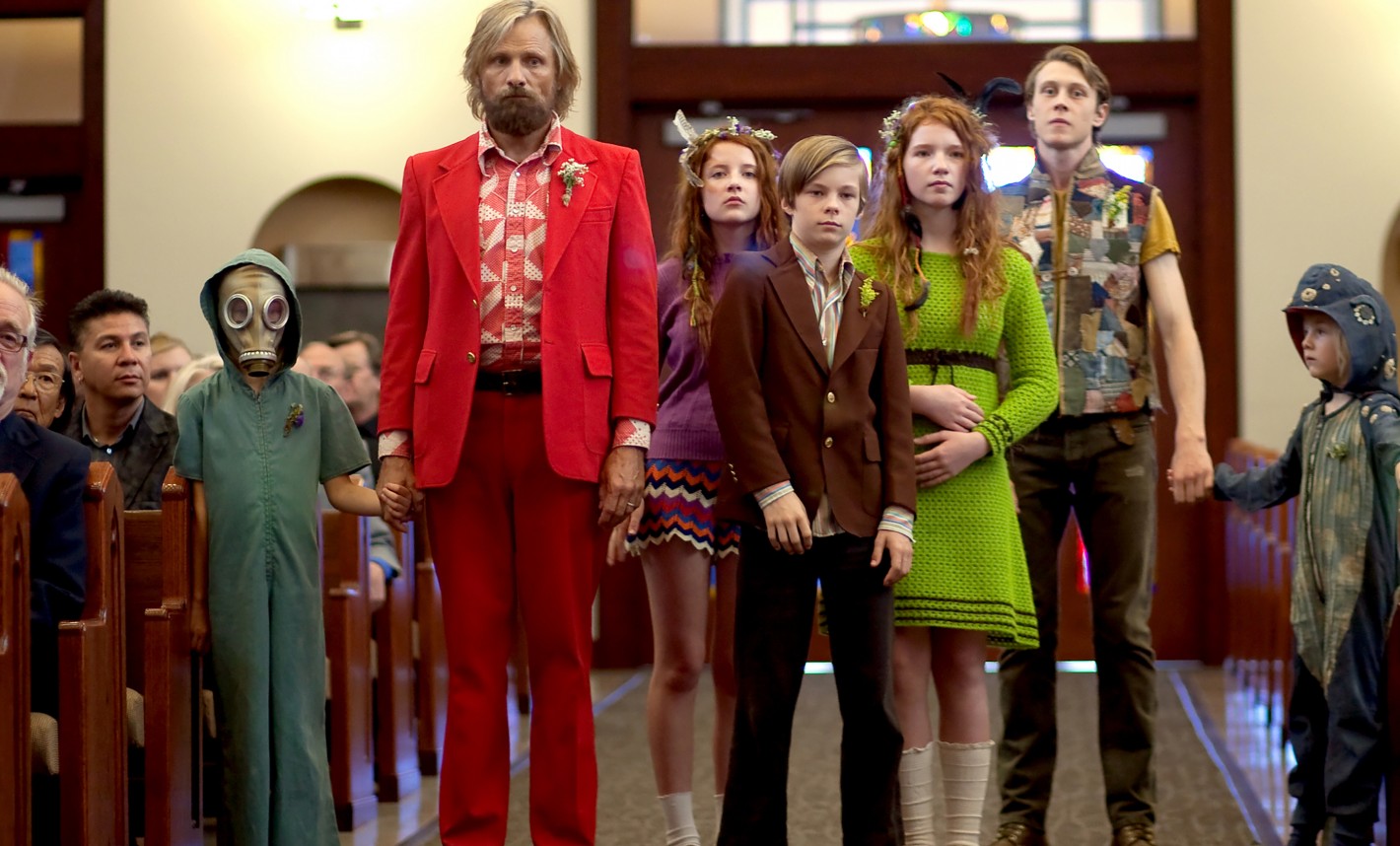 Viggo Mortensen … probably one of the best looking 58-year-old men on the planet. Also! He’s a pretty darn decent actor when he feels like it. Yeah, I thought Eastern Promises and A History of Violence were ridiculous too, but that wasn’t Viggo’s fault. Or maybe it was. Actually all I can really remember about either film is an insane softcore pornography sex scene on a staircase and the sight of Viggo’s scrotum in a Turkish bath gunfight.

The point is that it’s hard not to like Viggo Mortensen, whether he’s gratuitously showcasing his genitalia or rescuing hobbits at Helm’s Deep. He is a likeable actor and has magical eyes. In fact, if you stare into those eyes long enough, your scoliosis will be cured. Did you know that?

Captain Fantastic finds Mortensen and writer/director Matt Ross blending drama with comedy at a level smart enough for pseudo-intellectuals, while still brandishing more than enough whimsy for the entire family. Mortensen plays Ben, a freethinking anarchist father of six living a life of survivalism and isolationism in the wilderness. His children (ranging in age from 8 to 18 and splendidly played by a host of young talent) lead their lives according to Ben’s path of rigorous intellectual and physical structure while being altogether cut off from the outside world. But when their mentally ill mother takes her own life during a three-month recovery stay within straight society, Ben and the family are forced to cope with a monumental loss. Ultimately choosing to venture into civilization for the funeral in New Mexico, Ben, along with his Swiss Family Robinson, are thereupon made to deal with a world they know plenty about, but nothing of.

Whether you’ve ever known anyone “off the grid” or not, the basic concept is one that most people are at least familiar with. The desire to “get away from it” is commonplace, but ultimately more flight of fancy than anything else. The scenario played out in Captain Fantastic would be the extreme of extremes. They aren’t merely “away from it”—they aren’t even a part of “it.” I would venture to say that there isn’t a family in America quite like this one, not only living off the land in full but also studying politics, philosophy and science with Ivy League-level intelligence. Ben and the children celebrate the birthday of “uncle” Noam Chomsky instead of Christmas, receiving hunting bows and knives as presents; they can recite and expound upon the Bill of Rights as pre-adolescents; they identify as Trotskyites and Maoists; and they aren’t allowed to use words like “interesting,” as they negate the speaking of one’s true thoughts and feelings on a given topic.

And while this may not be a terribly realistic scenario, it does present an interesting (see what I’ve done!) critique of the modern society we’re all a party to, and the inevitable detachment that comes along with it. At the same time, as Ben and the family struggle to endure the unforeseen throes of their own unique brand of detachment, Captain Fantastic perhaps suggests that living within extremes, be it excess or privation, is likely not the road worth taking.

Matt Ross (he’ll always be Raji in PCU to me) does an excellent job presenting this sort of philosophical duality in a palatable manner. While at times heavy-handed in language, Captain Fantastic is both funny and charming, not to mention well-acted. With a very capable ensemble cast that includes Frank Langella and Steve Zahn in small but poignant roles, it bears repeating that Mortensen is not only surrounded but greatly complimented by youth, with outstanding performances from Nicholas Hamilton, Samantha Isler and little Charlie Shotwell. All this adds up to a movie light enough to make you laugh, awkward enough to make you cringe and brainy enough to make you think. And while it may be a touch long in the tooth and a bit underwhelming in its conclusion, don’t be the least bit surprised to see Captain Fantastic make noise come awards season.