What Does Chelsea Do?

My first introduction to Chelsea Handler was her essay collection unapologetically titled My Horizontal Life. I remember thinking something along the lines of, “A woman is being blatant about her wackiest one-night-stands? Some of them with well-endowed midgets? And she uses the word ‘midgets’?! This is going to be phenomenal. People are going to be mad.” It was. And they were. Still, it didn’t stop her from becoming one of the most influential ladies in comedy.

After ending a seven-year run of Chelsea Lately, her popular talk show on E!, Handler set her sights on the next big thing: Netflix. And of course, it made sense for Handler to tackle some of pop culture’s most heated topics: marriage, Silicon Valley, racism and drugs. Think Morgan Spurlock. Think Chuck Klosterman. Think Penn & Teller.

Chelsea Does premiered on Netflix on Jan. 23, 2016 and with only four episodes clocking in around an hour each, the show is an easy watch while you’re making dinner, flipping through Tinder or feeding your dog(s). Unlike her talk show, Chelsea Does is a documentary-hybrid that shifts the focus away from her usual tabloid fodder and toward the bigger issues that face our generation. 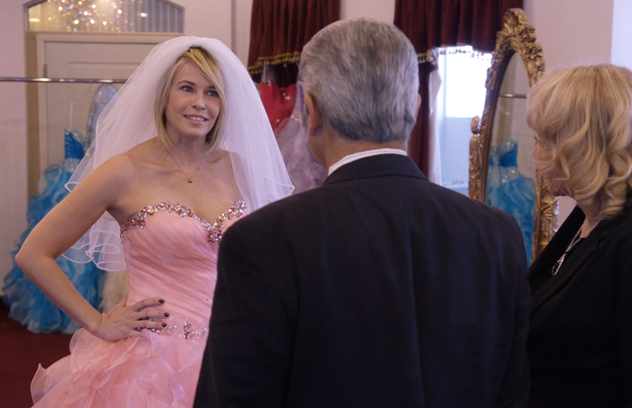 Needless to say, things get interesting. If Handler hasn’t trademarked her judgmental eyebrow raises, I think she should. I can’t say I blame her: if it’s one thing I’ve learned from being perpetually unmarried, it’s that happiness does not mean a ring on your finger and a house/S&M dungeon in the suburbs: happiness can also mean ending the day in bed with your dog watching Eric Bana’s nude scene in the Hulk for the millionth time. Whatever. We’ll both make fantastic ex-wives one day.

In the second episode, Handler tackles technology at the source: Silicon Valley. Unlike the first episode, she doesn’t have any bitter, preconceived notions about the topic because she … well … doesn’t know anything about it. She admits that she doesn’t even really understand Netflix or “streaming,” so she travels to the source. She stumbles through a coding class with some youngsters, pitches an app to developers called “Gotta Go!” (an app that helps you get out of annoying situations/dates via calls and texts that you pre-program) and ends up spending time in a “technology detox” camp that involves many flannel-clad, bearded hipsters in the woods sitting on tree stumps talking about being detached from modern conveniences.

By the third episode, Handler seems to be running out of steam. The overarching theme of the show points toward unpacking big life questions with little to no resolution other than Handler’s classically flippant asides. In “Chelsea Does … Racism,” however, she seems to take more of the ribbing than she gives. She meets with Al Sharpton and a roundtable of media advocates against racism as she tries to put a finger on how the issue can still exist by today’s standards—especially considering that she is known for making fun of everyone equally. Her most compelling moment of the entire series happens during this episode, as she speaks with the family of Walter Lamar Scott, the unarmed man shot and killed by a police officer last year. 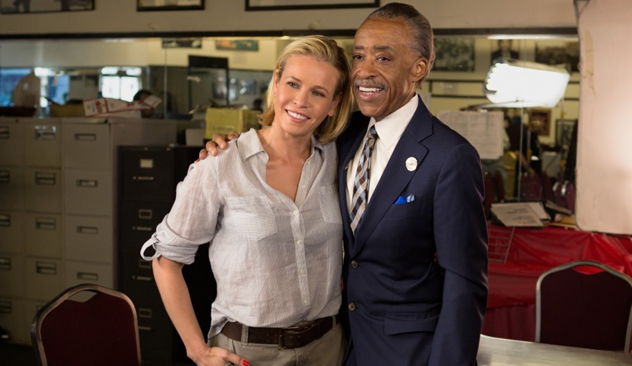 And then she does exactly what I was worried she’d do in an episode about racism: she goes to Alabama and talks to some seemingly racist hillbillies about how un-racist they are. Speaking as someone who is from Alabama, I have to say in our defense … nothing, actually. That place sucks. There’s a reason I live in California now. Haha! … Kidding, y’all. Ahem, moving on: Handler visits a Southern plantation museum run by white people and doesn’t really prove any points other than the fact that people can be terrible.

“Chelsea Does … Drugs,” the final episode, takes us on a journey. A magical one. Handler talks to Willie Nelson about his pot business, draws pictures of her family while on Ambien, gets high with her friends around the dinner table (I’m sure they enjoyed watching themselves literally drool into their food in high-definition) and treks to Peru to try a potent hallucinogen known as ayahuasca under the supervision of a shaman. After failing to feel the effects of the drug the first go-round with her pals, she successfully trips balls the second time, tears streaming down her smiling face—perhaps the most genuinely positive emotion we evoke from Handler throughout the entire series.

In the end, what we learn from Chelsea Does is not perhaps what the hero is asking of her topics, but of what she seems to be asking herself and is simply, just like the rest of us, unable to answer without cracking a joke. 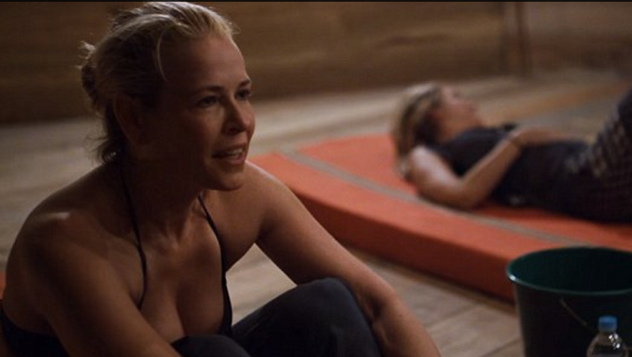