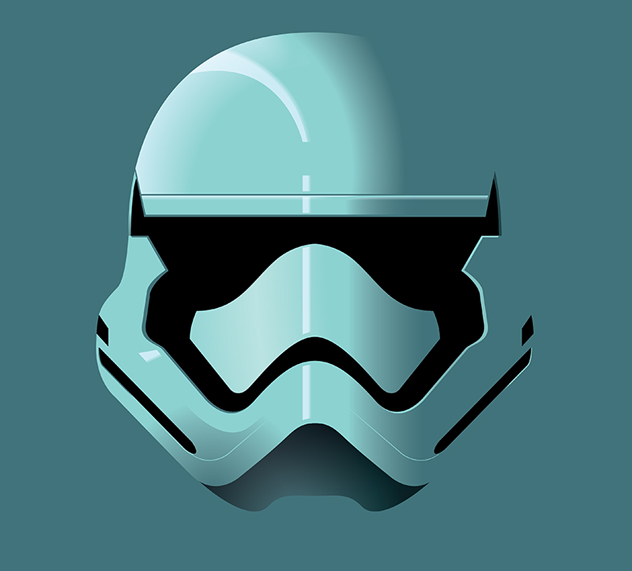 It’s almost upon us. Are you ready? NO! Not the Holidays … I’m talking about Star Wars.

Dec. 17, 2015 will be the inaugural Nerdmas when The Force Awakens opens a new chapter in fantasy filmmaking’s most lucrative franchise. I’m doing my best to stay away from spoilers, but I did see the full trailer on the big screen before a recent viewing of Spectre that prompted me to lean over to my fiancee and say, “I need a new pair of pants.”

I was in the camp of people who hated the prequels. I hated them not because of Jar Jar Binks or anything like that, but because they were just boring and lifeless. I hated them so much that I’ve never bothered watching the third one, even though I own an unopened copy of the DVD. I’m a spiteful nerd.

Still, I’m excited to see something new. Even though it’s technically something old (almost as old as I am, in fact). I’m not the only one, obviously, as children of the ‘80s are frothing at the mouth to see the rebirth of their favorite film series, ready to gorge themselves on nostalgia and perhaps force-feed Star Wars to their own touch screen-obsessed children. In anticipation of the most anticipated film release of the year, advance ticket sales are shattering previously held records, which has played well into the entrepreneurial spirit of many Americans. According to International Business Times, scalpers are selling opening night tickets online for upwards of $200. In Chicago, tickets are ranging from “$25 for an ordinary screening” to “$125 a pop” for reserved seating. Meanwhile, if you’d like to see an opening night screening of the movie in IMAX at New York City’s Lincoln Center, you can point your browser to Craigslist.org, and pick up a pair for a measly $400.

When I was younger, I used to love going to movies on opening night. The theater is packed, and there’s a lot of good energy there. I saw the re-release of the very first Star Wars movie, A New Hope, on opening night, and when the iconic first strains of John Williams’ score rattled the theater’s sound system, everyone applauded. My nerd heart grew three sizes that day.

But now that I’m older and grumpier, it’s like, what’s the point? I work weird hours and have shitty days off in the middle of the week, so I’ve grown accustomed to going places when there’s no one there. Tuesday afternoon matinee? Sure. I’ll have the whole row to myself. Maybe even the whole theater. I don’t have to wait long in line for a “small” popcorn and an ice-filled Coke Zero.

I still love seeing movies on the big screen. My flat screen TV is pretty cool, but it’s not nearly as cool as the great expanse of projection you’ll find at the cinema.

I also love the way theaters smell. Who would have thought that the melange of spilled sodas, lard butter and teenagers-making-out-in-the-dark pheromones would create such a heady and alluring brew?

I also have a hard-on for cupholders.

But as much as I love Star Wars, going to the movies and cupholders, I won’t be paying more than ticket price to go see The Force Awakens, and I don’t see why you should either. It’s a movie. It’s not like they’re only going to show it once. A film of this magnitude will probably be in theaters until February, and the version you’ll see on Feb. 3 will be the same one as the one you’ll see Dec. 17.

You might be worried that you’ll hear spoilers. And yes, you can be assured that people are going to be talking about it, but what could they possibly spoil? It’s not like some big mystery. It’s Star Wars. They’ve been putting out Star Wars movies since 1977. While some may be better than others, if you’ve seen one, you’ve seen all of them. There are going to be some sweet lightsaber battles, and some kooky alien characters and epic spaceship firefights. Someone could recount it to you word for word and when you go see it, you’ll probably still have a big, stupefied grin on your face.

If you want to spend $400 on something Star Wars related, you’re probably better off using it as a down payment on a trip to Tunisia, where you can visit Tatooine, the home of Luke Skywalker. Buried deep in the Tunisian desert, the set from the very first Star Wars movie still stands like some otherworldly ghost town. According to Dailymail.com, the site was a big tourist attraction for the northern African country prior to the “Arab Spring” in 2011, and from the pictures, it’s easy to see why. It’s a weird blend of eerie and nostalgic. And even the bathrooms are still standing, because even in a galaxy far, far away, people still have to poop. 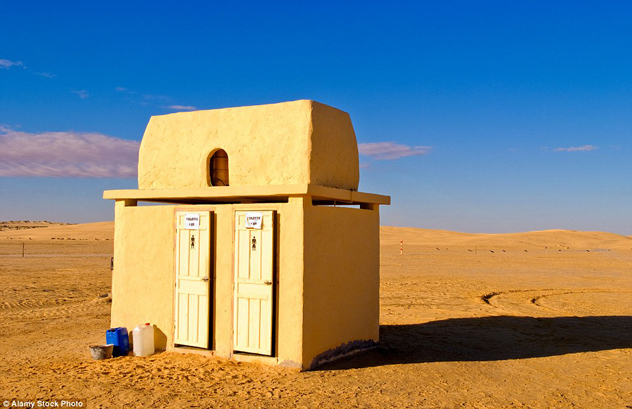