Whispers and Stares | If Beale Street Could Talk | Rated R 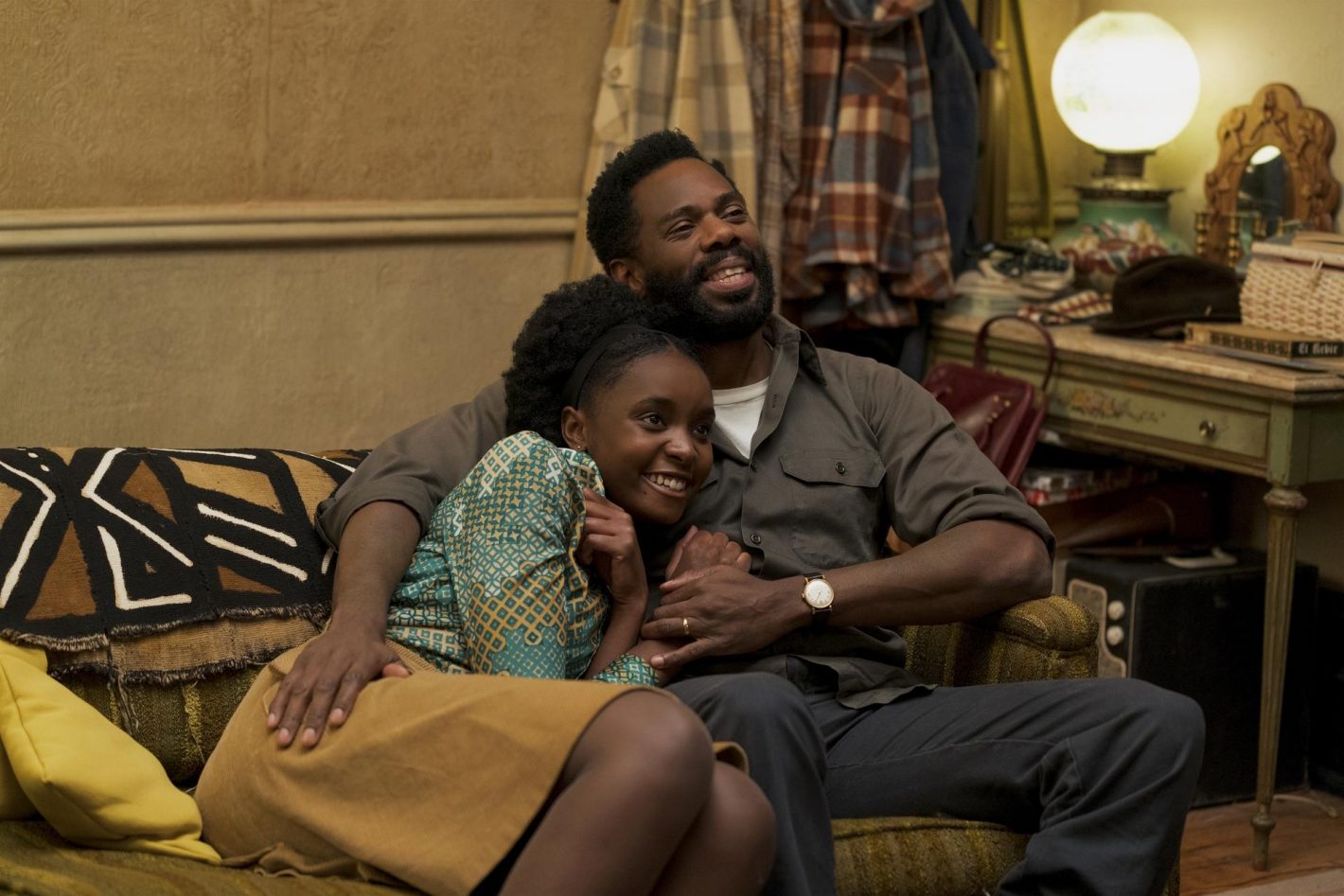 In Barry Jenkins’ previous outing, Moonlight, we were so immersed in the history of lead character Chiron that we felt caught in his life’s grip as it unfolded over three different time periods. The shock in seeing how much had changed with the character in the offscreen interludes spoke volumes about society that would have faltered in translation if they had not been manifested with such simplicity.

Jenkins’ latest film, an adaptation of James Baldwin’s 1974 novel If Beale Street Could Talk, retains much of Moonlight’s studied empathy along with its lucid dreamlike quality, both of which have emerged as the greatest hallmarks of Jenkins’ work. But it is not a film of the moment, a zeitgeist-catcher for a troubled social atmosphere like Moonlight was. It’s background is more complex, and it’s ambition is somewhat greater; it aligns a constellation of stars from all corners of black artistry—acting, literature, filmmaking—engaging the breadth of their techniques while taking on and attempting to tie together the history and politics of two eras. If Moonlight punched a hole in the sky for Hollywood norms, Beale Street … is playing, albeit seriously, with the untapped universe on the other side. Like some of the best films, it sometimes shows strain under the weight of its ideas, tonally shifting and not always hitting the mark, but it still leaves one convinced that more movies of this nature should be made, and that Jenkins’ evolution is far from over.

The steady core around which this film’s many ideas revolve is Tish (KiKi Layne) and Fonny (Stephan James), two young black lovers in early ‘70s Harlem. Fonny is in prison on false rape charges. Tish must reveal her pregnancy to him and their respective families. Flashbacks throw us into the center of their love as they search for a new home where Fonny can work on his art and they can both build a future together. We are shown the world through their effortless trust and their long, longing gazes, which insulate them and the audience from the ugliness and sometimes active hostility of the world around them. When we are exposed to it—in the barely concealed terror in the eyes of Fonny’s childhood friend as he recalls getting caught in the criminal justice system, in the loathing eyes of a hollow-cheeked police officer—it’s all the more effective.

The “racist cop” encounter has become a trope across cinema, and those scenes usually involve barked epithets and physical violence. Jenkins achieves the same impact with only a single look, directed squarely at the audience, and you can hear the effect a terrible word has without it ever having to be spoken.

Though the effects of Tish and Fonny’s plight are not hidden (over their series of conversations across a glass barrier, Fonny keeps returning with the scars of prison existence literally written on his face), as characters they are almost too perfect, an Adam and Eve each existing only for the other, with all sins removed save for those of the surrounding system. The real dramatic legwork is left to the characters on the periphery. In a jarring sequence imbued with catty power and off-Broadway, method intensity, two families meet to hear the news of the baby. Tish’s mother (Regina King) orchestrates the moment for maximum harmony over drinks, Fonny’s mother (Aunjanue Ellis) ventures nearly into camp territory as the fractured church lady shifting from pious pride to paroxysmal contempt. Barbs and blows are traded. For many, it’s the highlight of the film. 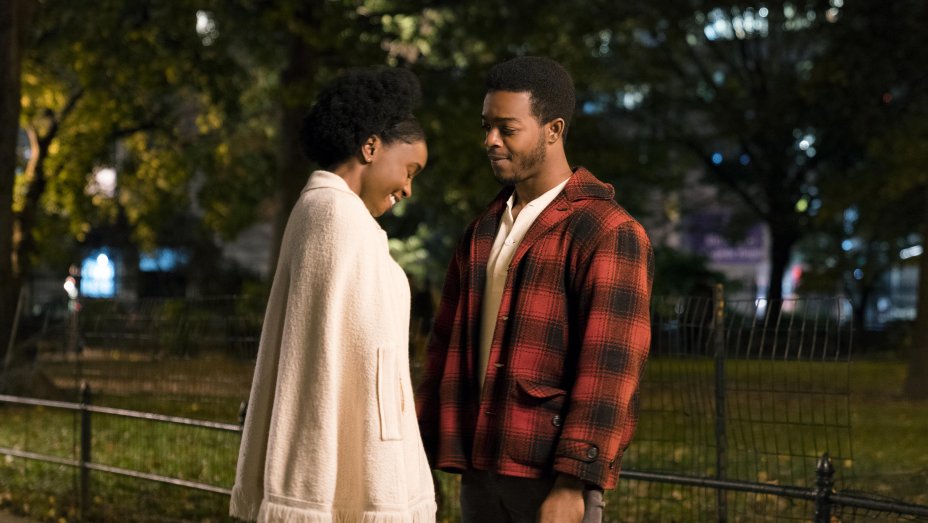 Other scenes feel as if they belong to another film altogether. The couple using their imagination to envision a family home out of a drab empty warehouse with the help of sympathetic Jewish landlord (Dave Franco) feels more like a traditional moment of indie rom-com whimsy. Midway through, Tish’s mom’s flight to Puerto Rico in an attempt to reach out to her son’s accuser begins with a whiff of an espionage thriller and concludes with one of the most powerful interactions of the film.

If Jenkins were not so adept at keeping our empathic muscles working and the immediacy of the romance in focus, these fly-away elements might have become in danger of breaking off from the center. Intermittent narration and slideshow sequences attempt to further tie down the film’s sometimes ethereal storyline and ground it in a broader historical context, but it continues to drift in its own current regardless. It is a novel adapted into cinematic poetry, and as such its truth is a highly literary one. But it is rare, and therefore remarkable, to have such a cast, such a novelist and such a director come together in flawed poetry instead of getting blunted on reality, as too many films of this kind are. Jenkins is adamant about bending the story’s arc into one of hope, and in his hands, we are utterly convinced.

This is not a work of immediacy as Moonlight was. It deserves to stand and continue to be re-evaluated against Jenkins’ burgeoning body of work; Baldwin’s title, If Beale Street Could Talk, taken from a jazz standard, is meant to represent the main street that connects all of Black American life, the street that bears silent witness to all of its untold stories, the ugliness and the beauty alike. At the time the book was written, the connotation was that these stories would rarely, if ever, be told on such a scale. Now, the possibilities seem to outnumber the impossibilities. There are many stories still to be told. For Jenkins, this single adaptation should be seen as one for the long run—and one is sure that it will be.