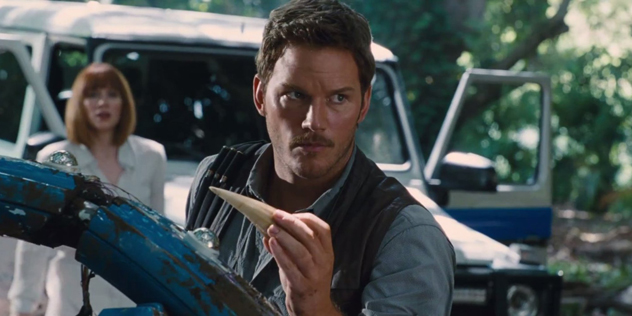 One week on, my post-theater buzz beginning to wear off, I return for a more detailed evaluation of Summer 2015’s definitive blockbuster, Jurassic World. Upon first viewing, Jurassic World is suitably rewarding, hitting the pleasure centers square-on like a Pachycephalosaurus and preparing a feast of moments we’ve always wanted to see in the franchise—a calculated move sure to whip mixed audiences into a frenzy like a herd of Velociraptors attacking a cow. Many of these moments have been flaunted from the get-go in the teaser trailers, branded on our collective brains long before opening night: the massive, aquatic dino Mosasaurus leaping for its meal in a beefed-up version of The Shamu Experience (I’d like to see that played out in a Blackfish-style documentary); the new, extremely interactive tourist exhibits (the inspired gyroscope-orb vehicles, one of Spielberg’s leftover ideas); and the thrilling notion that humans can work alongside Velociraptors (a plot-point only lightly brushed upon in Jurassic Park III).

I can’t argue with these calculated moves. For one, they worked on me. I’m certain the audience felt the same way; after one thrilling sequence, a spontaneous eruption of applause filled the theater, a phenomenon I’d only heard of occurring during first-run showings of Star Wars, four decades past. In light of this, and the colossal take-in the film has (and continues to) achieve globally, any excessive nitpicking on my part could out me as one of the worst sorts of amateur critics one encounters nowadays—the fanboy, so hopelessly bonded with the “classic” merchandise encountered in their youth that any newer model is held to impossibly higher standards. So, while fully aware that Jurassic World is a reputable, entertaining monster in it’s own right, and Jurassic Park, “classic” though it may be, was still a relentlessly commercial beast in its own era, there are still many reasons the latter holds up, and the former will soon be dated. Perhaps there’s more holes in the code this time around, or perhaps the summer blockbuster just used to be made of sturdier stuff.

In the film, we finally get to visit John Hammond’s fully realized theme park, the dino version of Disney World, as opposed to Jurassic Park’s Disneyland. Although constructed on the same Pacific island, this new park has ironed out all the rough edges. There’s more staff, more control over the environment, more high-tech attractions and cleaner, shinier surfaces everywhere. Bigger and badder is the rule of the day, and to drive home this point, the park’s team of gene splicers are under pressure to tamper further with their lab-grown attractions to sell more tickets.

For the park itself, the unintended side effect is faster, more ferocious dinosaurs. For the film, the unintended side effect is to make such a self-aware CGI spectacle of itself that it actually becomes less immersive than the original film. There is only a “wow factor” when there once was awe; where this film impresses the viewer, the first one enchanted. As it turns out, the key ingredient to our favorite dinosaur movie wasn’t in the scale, but in all the little details.

Jurassic Park was a far more visceral film, a film preoccupied with the interplay of visual and aural cues which have since become iconic: water rippling from the approach of a Tyrannosaurus, the clicking claws and harsh pneumatic hiss of the hunting Velociraptor, even the time and care that went into revealing the nature of the Dilophosaurus, from semi-cute critter to tar-spitting alien menace. When held up to the one-note intensity and bombast of Jurassic World, our 1993 nostalgia seems a bit more grounded.

But working with what we have, there are still many good points: Chris Pratt steals the show as the head dino trainer, motorcycling alongside a pack of raptors like something from the cover of a 1950s men’s adventure magazine. B.D Wong is back as head geneticist Dr. Wu in a smartly expanded role from his one-scene appearance in JP1. The rest of the good roles go to the dinosaurs, especially the raptors, who now exhibit a pathos and likeability going beyond their previous role as killing machines. Behind a curtain of mystery hides the Indominus Rex, the untested and unpredictable hybrid attraction of the park, an intelligent carnivore that kills for sport, making the rest of the park seem like a petting zoo. 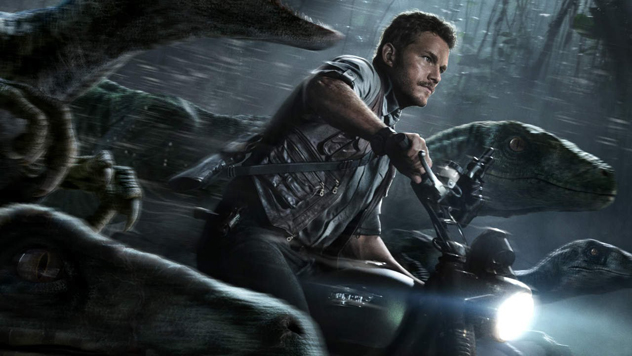 Our other protagonists are squished to the sidelines, only present to fulfill their functions. The InGen representative (Vincent D’Onofrio) is only there to menace the film with his military plans for the raptors; the park director (Bryce Dallas Howard) is only there to be proven wrong and to run for her life in heels; her young nephews (Nick Robinson and Ty Simpkins) are only there to play helpless dino bait before becoming unexpectedly resourceful, and also to mirror the children of the first film. And this film does succeed in mirroring the first, if not in painting its own distinctive picture. It’s far better at being a monster film than last year’s Godzilla, and provides a gleeful chaos that will enthrall partakers of the 3D experience. Fans of the first will enjoy the humor and the sly references to the original.

But in the back of my mind, Dr. Malcom’s words still resonate with a kind of irony, a sort of rebuke to the Hollywood system that can rarely replicate a great film once it’s been solidified as a classic and tinted amber with nostalgia: “You stood on the shoulders of geniuses to accomplish something as fast as you could, and before you even knew what you had, you patented it, packaged and slapped it on a plastic lunchbox.”

And now, they’re selling it. But who can blame them? We don’t have a T. rex to prove them wrong. 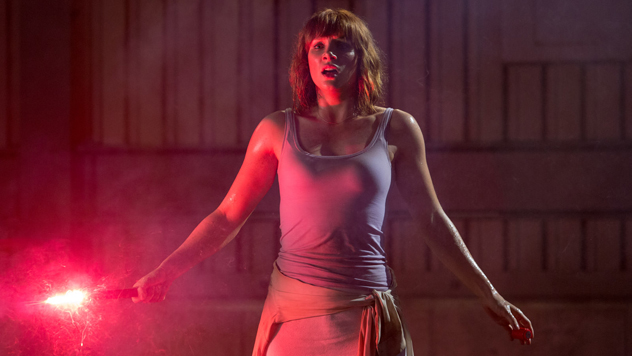