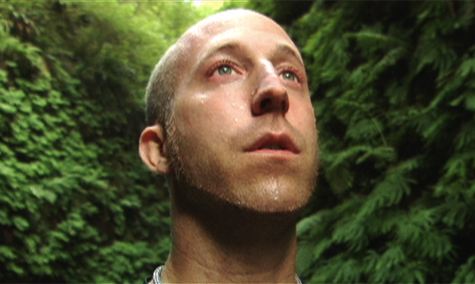 My Heart Is an Idiot

Love. Well, it’s difficult to wax eloquent about love without sounding trite. That’s probably because it’s the most clichÃ©d of all human emotions, so much so that even recognizing it’s impossible to write about love without sounding trite has also become trite. Without digging ourselves much further into a hole here, let’s just acknowledge that My Heart Is an Idiot, filmmaker David Meiklejohn’s feature-length debut, is a romantic documentary about love, or more specifically its subject Davy Rothbart’s search for love, and move forward.

Rothbart, as you may know, is a contributor for This American Life and the founder of Found, an anything-goes sort of magazine that collects found letters, photographs, etc. that has been published once annually since 2001. He is also a hopeless romantic–at least that’s what he’d like himself and others to believe. As the film opens, we’re treated to a montage of awkward home movies that take us from Rothbart’s adolescence to the film’s present. Rothbart explains his situation via voiceover: His housemate, Alex, is the perfect woman for him, but she’s moving to San Francisco. While the two have shared some modicum of romantic involvement with one another, they are not in a committed relationship.

Rothbart’s relationship history is rocky, often ending in tears (his). One girlfriend was seemingly perfect and devoted. She even learned sign language to communicate with Rothbart’s deaf mother. Inexplicably, Rothbart ruined the relationship when he cheated on her. Rothbart’s next great love, whom he says he shared an intense connection with, spent a year abroad in Scotland and ended up marrying a French window repairman.

The setup exists for a pure romantic odyssey as Rothbart, on tour doing speaking engagements promoting Found, leaves his home in Ann Arbor, Mich., and travels the country, hoping to reunite with Alex. But Meiklejohn’s documentary throws a curve ball when it reveals Rothbart has a secret.

The film purports to be a documentary about love, and in some respect, that’s certainly the case. It seems to examine, and then coldly dissect the conventional wisdom, “When it happens to you, you’ll know.” As Rothbart seeks answers on how to find happiness in his love life from virtually anyone he encounters (including Newt Gingrich, Zooey Deschanel and Ira Glass), the idea of love as it’s presented in the film morphs from a lofty and most noble of emotions into something more apt to inspire intense paranoia and heartache than joy. As far as love goes, most of us have probably discovered that it usually splits the difference between pure ecstasy and sheer misery, with brief flashes of both.

My Heart Is an Idiot doesn’t bring anything new to the table in that regard. There is also some loss of focus as Meiklejohn also explores a couple subplots, such as the death of Rothbart’s friend’s mother–an interesting aside, but one that doesn’t seem to tie neatly into the documentary’s central story. Also, as love stories go, it’s a pretty poor one, but that aspect of the film is what makes it interesting. Rothbart as romantic hero leaves plenty to be desired. In a couple instances, he’s referred to as a con artist (even by his own mother). Meiklejohn hangs Rothbart’s dirty laundry out to dry, and over the course of the film, viewers will most likely get a good whiff. In so doing, Rothbart, who provides voiceover narration for much of the film, becomes unreliable. Is he really the classical wide-eyed romantic yearning for love, or just a wannabe Lothario for the personal branding-obsessed blog generation? It’s love, after all–there aren’t any easy answers.