Empathy, From a Distance | Other People | 3 out of 5 Stars | Not Rated 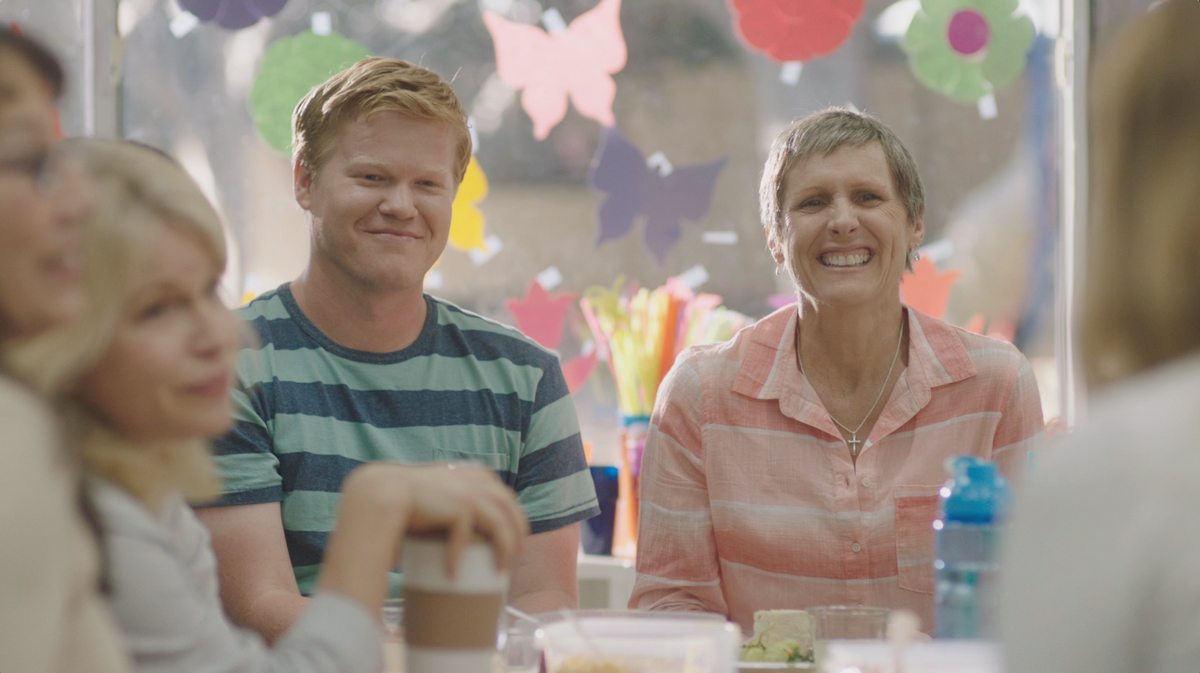 At it’s best, Other People, the semi-autobiographical directorial debut of SNL writer and Sacramento native Chris Kelly, is a subtly moving portrait of illness and loss as it most often happens in our society: amidst countless distractions and the bittersweet detours of everyday life.

As a personal project, it is clear that the major themes on display—having a parent succumb to cancer, being gay, feeling trapped in your hometown—are wrought with an involved honesty. As a comedy, however, it is too often out-of-joint, as if unsure of how restrained the laughs should be. It never commits to being a full-fledged black comedy/dramedy in the vein of Nebraska or a raunchy/heartfelt Judd Apatow-style flick, but sails timidly somewhere in between. What we end up with is a serviceable light comedy with heavy subject matter and a handful of outstanding performances.

The core of the film is the serendipitous pairing of Jesse Plemons (Breaking Bad, Friday Night Lights) as struggling late-twentysomething TV writer David, and SNL alum Molly Shannon as his optimistic, radiant and terminally ill mother, Joanne. We’re first introduced to them, David’s two sisters and his father (Bradley Whitford) in medias res, grieving on Joanne’s deathbed, before jumping back precisely one year to a holiday party set presumably not too long after her diagnosis. David’s easy and close relationship with her is set against his alienation from the rest of his family, and the entire milieu of his upbringing. This includes Sacramento, which unfortunately plays synecdoche for every urbane assumption about faceless, provincial American suburbia. Although it plays a larger role in the plot than that other New York-transplant-visits-hometown film, Frances Ha, one might ask for a better portrait of our city than as a bland, open-air gaol with one weirdo-festooned gay bar and radio stations that always seem to be playing that one song by Train. But I digress.

The rest of the film plays out in a series of vignettes that take us on a month-by-month journey through David’s quarter-life crisis and Joanne’s slow decline. Tragedy is a background note that stirs during several genuinely heartbreaking moments: Joanne loses her voice and has difficulty communicating to her daughter at her wedding via Skype; the family tries to keep things lighthearted during a discussion about preferred burial methods; David agonizes over his father’s refusal to acknowledge his sexuality.

In between, there are absurd moments that stifle the grief and an atmosphere of frustration that keeps David, and therefore the audience, tense. He is frustrated in his career (family and hometown acquaintances are constantly nudging him over his “big city” success). He is frustrated in his love life—having to contemplate the growing reality of a dying relationship with his long-term boyfriend while seeking out new potential relationships in a playing field (Sacramento, again) he considers threadbare. There is also a deeper frustration: how will David find a way to relate to his family without the benefit of his mother as skillful interlocutor?

There are hopeful signs that David will attempt to grow, along with his father, to bridge the gap of warmth that Joanne is leaving behind. Although he is shown to be somewhat self-involved and quietly disdainful of his flippant and close-minded relatives, there are moments that show that David’s loss will prove to be a lesson in how to seek for empathetic connections in other, unlikely sources. In one scene, David recoils from his grandparents’ jokes about gruesome deaths, until he realizes that they, too, are coping with loss in their own way. There are a few standout comedic sequences that don’t always seem to jibe with the presiding mood, one featuring a scene-stealing teen drag queen performing a risqué dance number at a birthday party, another in which a few older characters eat too many weed edibles. It goes without saying that these are the most Apatow-esque moments of the film.

This isn’t necessarily a film for a year-end list, although it is a promising minor-key comedy with fleshed-out, relatable characters. I have a feeling that those it speaks to will find much to speak about, but there is a strain of narrow cynicism running through the core of the film that, when all was said and done, failed to pluck my heartstrings. That said, I will certainly be on the lookout for more dramatic roles featuring Shannon, more comedic roles featuring Plemons, and more directorial works from Sactown’s Kelly, hopefully featuring the city in another light, or perhaps not at all.