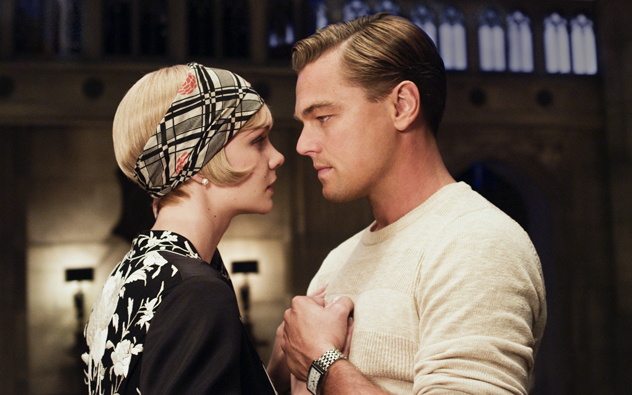 Big summer movies aren’t just special effects and action-heavy blockbusters. Sometimes they’re just loaded with big name casts and tell familiar stories. Such is the case with The Great Gatsby—or at least that’s what you might think. Sure, our protagonists aren’t super powered; our antagonists don’t come from Planet Theta VI in the Glopglorp Galaxy, but to recreate the New York of the Roaring Twenties, director Baz Luhrmann green-screened it to the max in his retelling of one of America’s most quintessential novels. At times, it’s a marvel to look at, but if not for some killer performances by a stellar cast, this new take on Gatsby would have been very difficult to stomach.

If you’ve ever taken an introductory literature class, you’re most likely familiar with the story. Nick Carraway (Tobey Maguire) moves to West Egg in Long Island, just miles outside of New York City, to make his fortune as a bonds trader. His cousin, the beautiful but somewhat vapid Daisy Buchanan (Carey Mulligan), lives across the bay in the even wealthier East Egg with her domineering, white supremacist husband Tom (Joel Edgerton). However, it’s Nick’s next-door neighbor that holds the greatest fascination for him. Jay Gatsby (Leonardo DiCaprio) is a mysterious man who throws wild parties at his palatial mansion, attended by the upper crust of society looking to let go of their inhibitions. One fateful night, Carraway gets a personal invitation to one of these soirees and his life is never the same. 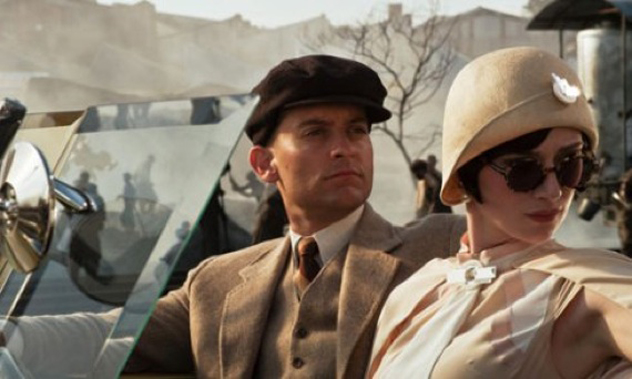 The movie opens in typical Luhrmann fashion. Time bends as he incorporates modern hip-hop (mostly courtesy of Jay-Z, one of the film’s executive producers) and ‘20s jazz. The camerawork is dizzying; the costumes and sets (or green screens for that matter) are lavish. It’s eye-catching to be sure, but it looks as if it could be a sequel to Moulin Rouge. Unfortunately, these are the finest parts of the film. With Luhrmann in his comfort zone, there is an excitement breathed into this well-worn novel. The modern touches show the timelessness and even the humor of the story—or at least the story’s more surface elements.

Later, as the plot gets heavier, and Luhrmann has to slow down and reign himself in, The Great Gatsby feels as if it’s being weighed down by a dozen anchors. In the climactic showdown between Gatsby and Tom in a posh New York hotel room, poor pacing kills what is an emotionally charged scene.

Perhaps Luhrmann was inspired by the excess of the period, but The Great Gatsby feels over-indulgent, which is a real shame considering a cast this good working with such great source material could have been riveting alone in an empty, unadorned room. Maguire plays the part of the man swept up in a plot that’s way over his head very well, and Mulligan is achingly beautiful in her portrayal of Daisy, the woman who has it all, but doesn’t seem to want any of it. Elsewhere, Elizabeth Debicki seems as if she stepped out of the pages of F. Scott Fitzgerald’s novel with her pitch-perfect portrayal of Jordan Baker.

But this is The Great Gatsby after all, so where would we be without the title character? DiCaprio was more or less born to play this role, and he doesn’t disappoint. He’s charming, frustrating and vulnerable (even funny when the script allows)—an iconic performance.

There’s a lot of things to like about The Great Gatsby, but most of these things are very skin deep. While the novel is presented more or less accurately, its thematic content is somewhat lost in the film’s focus on the love story between Daisy and Gatsby. At points it feels like a run of the mill rom-com, which probably would have Fitzgerald running to the nearest gin joint for a tumbler of bootleg booze. But you know how writers are. 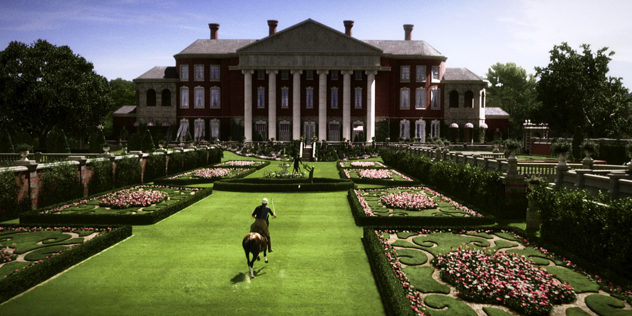