Too Big to Fail: Vinyl Season 1 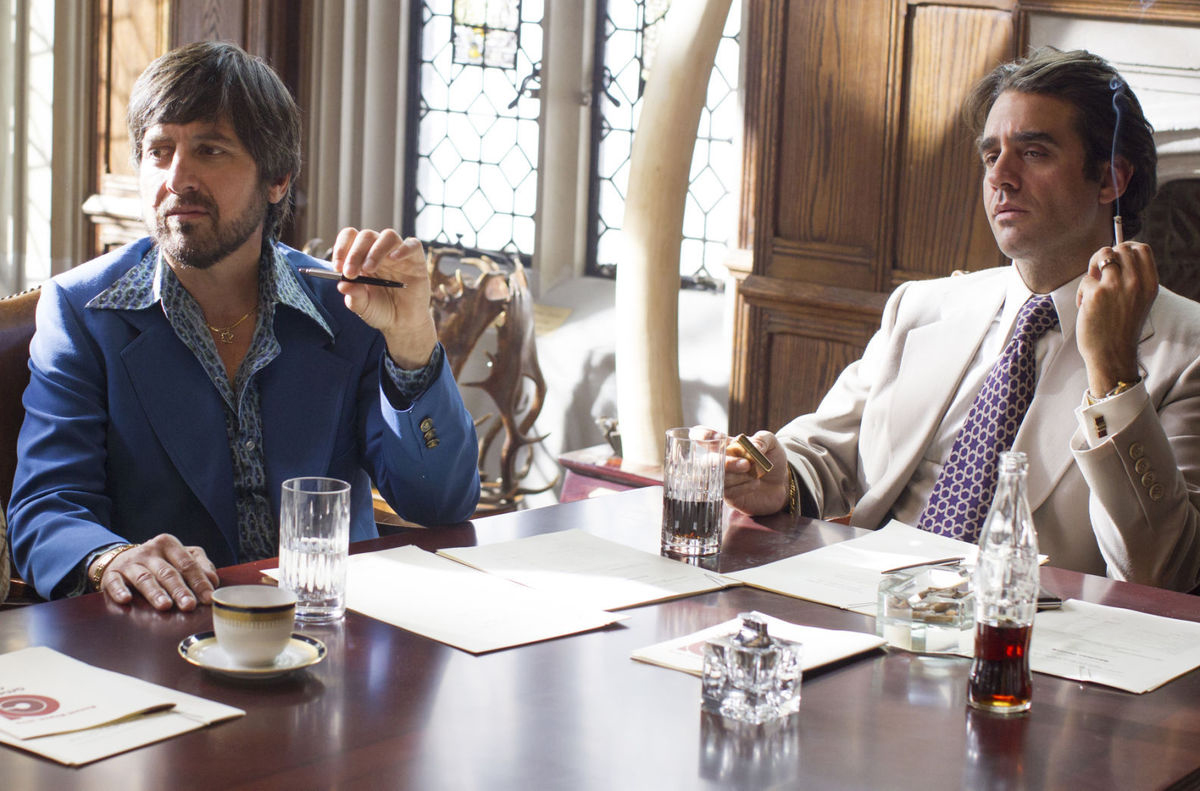 The brain-trust behind HBO’s new series Vinyl is formidable. Martin Scorsese teaming up with Mick Jagger to create a weekly drama for TV’s most consistently compelling network is head-turning enough, but throw Terence Winter and Allen Coulter, both alumni of The Sopranos, into the mix, and you’ve got what seems like a can’t-miss hit. On the flip side, you’ve also got plenty of room for disappointment. So where does Vinyl fit on this spectrum? After binge-watching the entire series this past weekend, I’d say it leans more toward the former than the latter.

The pilot, directed by Scorsese, sets a hedonistic tone. Richie Finestra (Bobby Cannavale) sits in his car on a New York City street in 1973, looking to score cocaine. A mob of excited kids scampers over his car and hurries into an unmarked building where you’d presume something awesome is about to take place. The drug-addled Richie follows the crowd and finds himself in the middle of a raucous live music performance—The New York Dolls in their prime churning out a gloriously loud version of “Personality Crisis” to an ecstatic crowd as dust rains down from the ceiling.

From here, a series of flashbacks shows us how Richie got to this point: Richie is the head of American Century Records, a company built on his passion for music that is now floundering under the weight of its own corruption and an antiquated business model (not unlike the record labels of today, for better or worse). He and his partners Zak Yankovich (Ray Romano), Skip Fontaine (J.C. MacKenzie) and Scott Leavitt (P.J. Byrne) are set to sell American Century to German Polygram, which would free them from the burden of their sinking label and make them rich men.

However the deal is a precarious one. It hinges upon the false assumption that American Century has Led Zeppelin all but signed to a deal. There is also some “creative accounting” the guys have to … uh … account for. Throw Richie’s on again/off again relationship with cocaine, and, oh yeah, there’s a murder too. After Richie narrowly escapes the collapse of the Mercer Arts Building, he feels it’s a sign to keep doing drugs, keep the label he built from nothing and tell the Germans to go fuck themselves, much to his partners’ dismay. 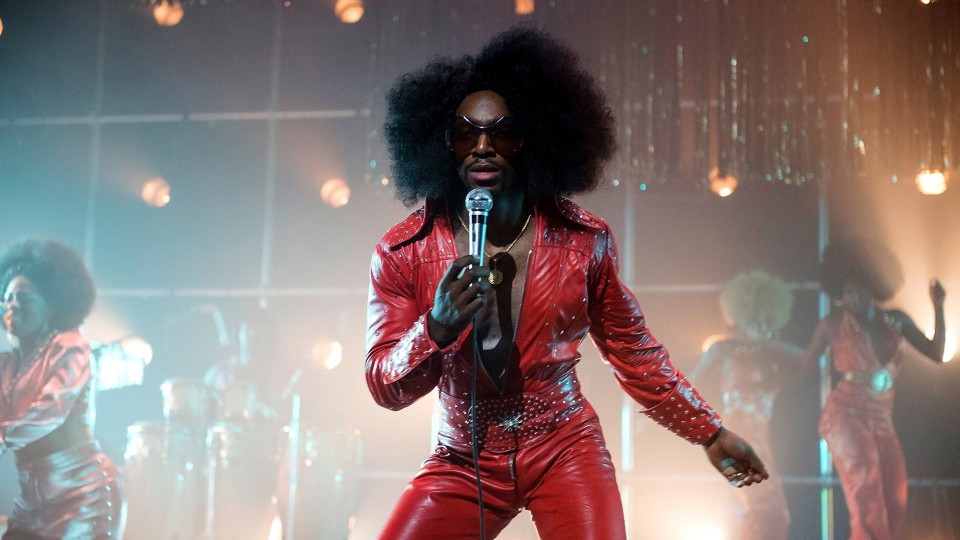 Vinyl has a lot going for it. As you’d imagine, the soundtrack is phenomenal. But not only does it make you bop your head, but it’s extremely well-utilized. It’s like the entire show is a series of turntables and the world’s greatest DJ is providing the mix. A fire breaks out in Richie’s office? Here’s a perfectly placed number by Janis Joplin. Richie sits in a stolen car, forlorn and battling the demons of his past while staring at Coney Island’s iconic Cyclone roller coaster? Drop a little Buddy Holly. Devon Finestra, Richie’s wife wonderfully portrayed by Olivia Wilde, takes a carefree drive through the suburbs before she realizes she forgot her kids at the restaurant? How about some Karen Carpenter? These ghostly interludes feature actors portraying these specters of rock’s past, which adds a lovely, halcyon dream quality to the series.

Adding to the richness is the setting of New York City in 1973, which is vibrantly recreated in Vinyl. Neon signs, graffiti, crumbling buildings—it’s all there and startlingly realistic. So much so, that it’s hard to tell where the series blurs the lines between reality and fantasy. Though the collapse of the Mercer building was embellished upon by the series’ writers, it actually happened. Embarrassingly, I even had to do a quick Google search to determine whether or not American Century was a real label (even though I’d never heard of it). From derelict bars to fancy nightclubs playing hosts to such luminaries as John Lennon and Andy Warhol, Vinyl’s backdrop is ridiculously immersive and a painstaking reconstruction of a city ready to see the birth to punk and hip-hop. 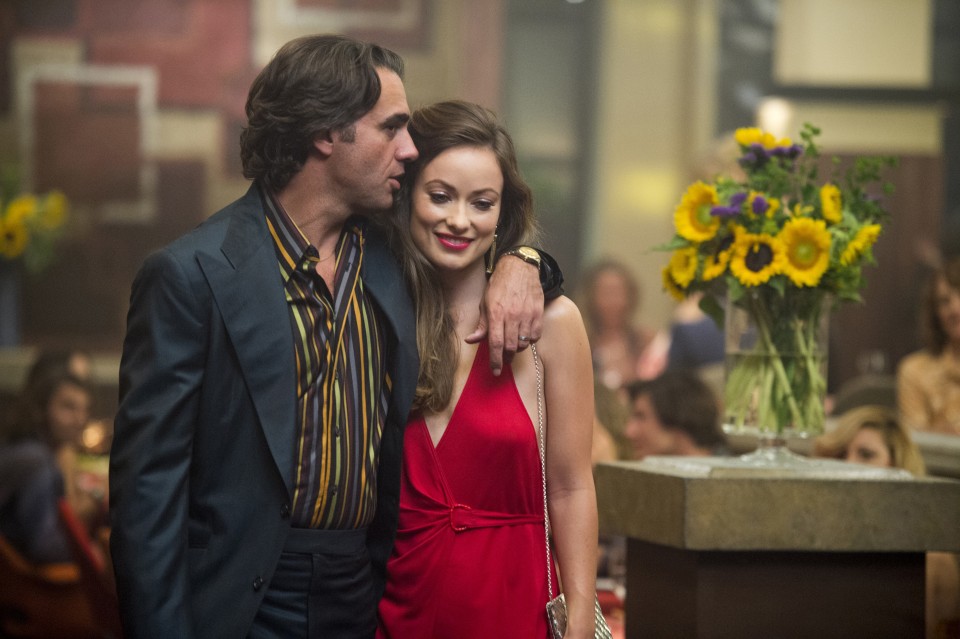 Window dressing aside, there are also some interesting relationships between the characters, though most of these interactions center around Richie. Cannavale does a fine job as the series’ pivotal character, even though most of the situations have him high off his ass and screaming like a madman. As the pressures of trying to resurrect American Century and his involvement in an ongoing police investigation mount, he becomes more and more estranged from his wife Devon and their two children. Devon, a photographer, left behind her life as an artist in New York City, hobnobbing with Warhol and the like, to become a suburban mom in Connecticut. Flashbacks of their burgeoning relationship show a couple who really did have it all, if only briefly. Toward the end of the season, a strong scene between the two takes place in front of the infamous Chelsea Hotel, where Devon has taken the kids to get away from Richie. He confesses what made him fall hard off the wagon (i.e., the aforementioned criminal investigation) and leaves in silence, leaving their situation open and not tying a nice bow on the whole thing.

Elsewhere, we meet Lester Grimes (Ato Essandoh, who is fantastic in the role), Richie’s old friend and first management client. Lester was a blues singer and guitarist with all the talent in the world, but fell victim to Richie’s shady dealings with record label execs and mobsters. After a long time apart, the two come back in contact with one another, Richie eager to make amends for all the pain he caused Lester, who is understandably bitter and skeptical.

Seeking a small measure of revenge, Lester gains the confidence of Nasty Bits, a sort of proto-punk rock band headed by Kip Stevens (Mick’s son James Jagger), a heroin addict with a chip on his shoulder and the uncanny ability to put a charge in audiences. Richie sees Nasty Bits as a group that can breathe some life into his label’s stale roster. Lester becomes Nasty Bits’ manager, leading he and Richie to form a shaky alliance. The scenes between Essandoh and Cannavale were some of my favorite in the series, mostly because they kept the plot focused on the music, Vinyl’s strength, but also served as a compelling allegory of rock ‘n’ roll’s checkered past, in which shifty white businessmen looked to exploit young, black artists. 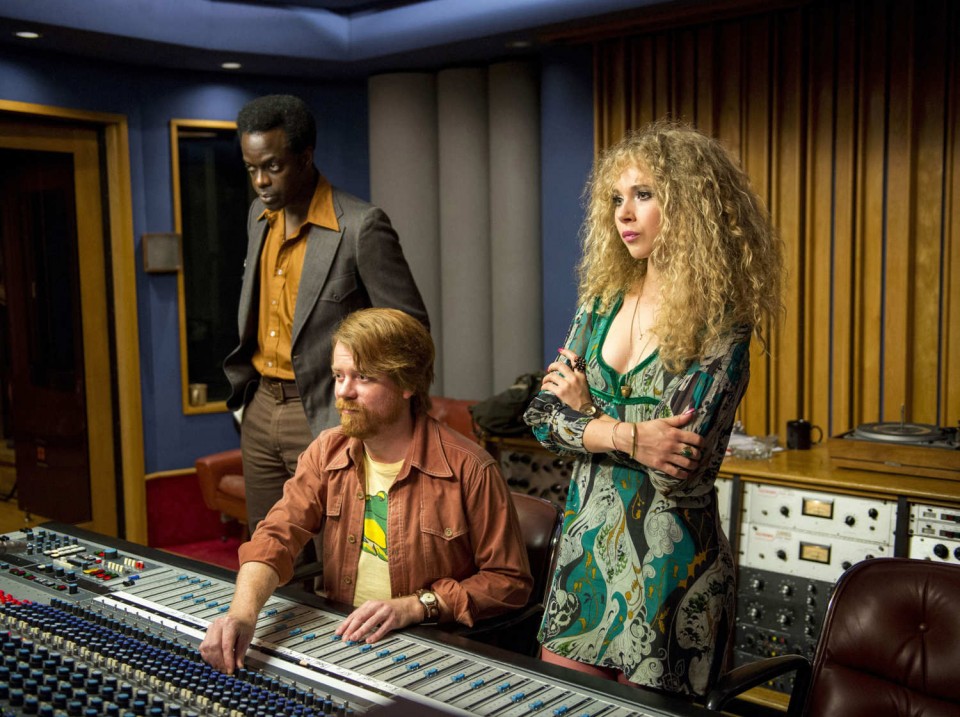 It’s these relationships, as well as Richie’s dealings with his partners (especially Zak, thanks to a strong, against-type performance by Romano) that made me want to keep watching. Unfortunately, the muddled inclusion of the mobster/murder angle, which seems to permeate a lot of HBO’s programming really detracted from the good stuff. Though Armen Garo, the actor who portrays kingpin Corrado Galasso does well in the role, there’s really not much depth to him—just a stock tough who conducts business through intimidation and serves as the story’s boogeyman, as if the trappings of the rock ‘n’ roll business and drug abuse weren’t enough. As Richie says, it should be about the music. Hopefully Scorsese and company will heed that advice for season two.