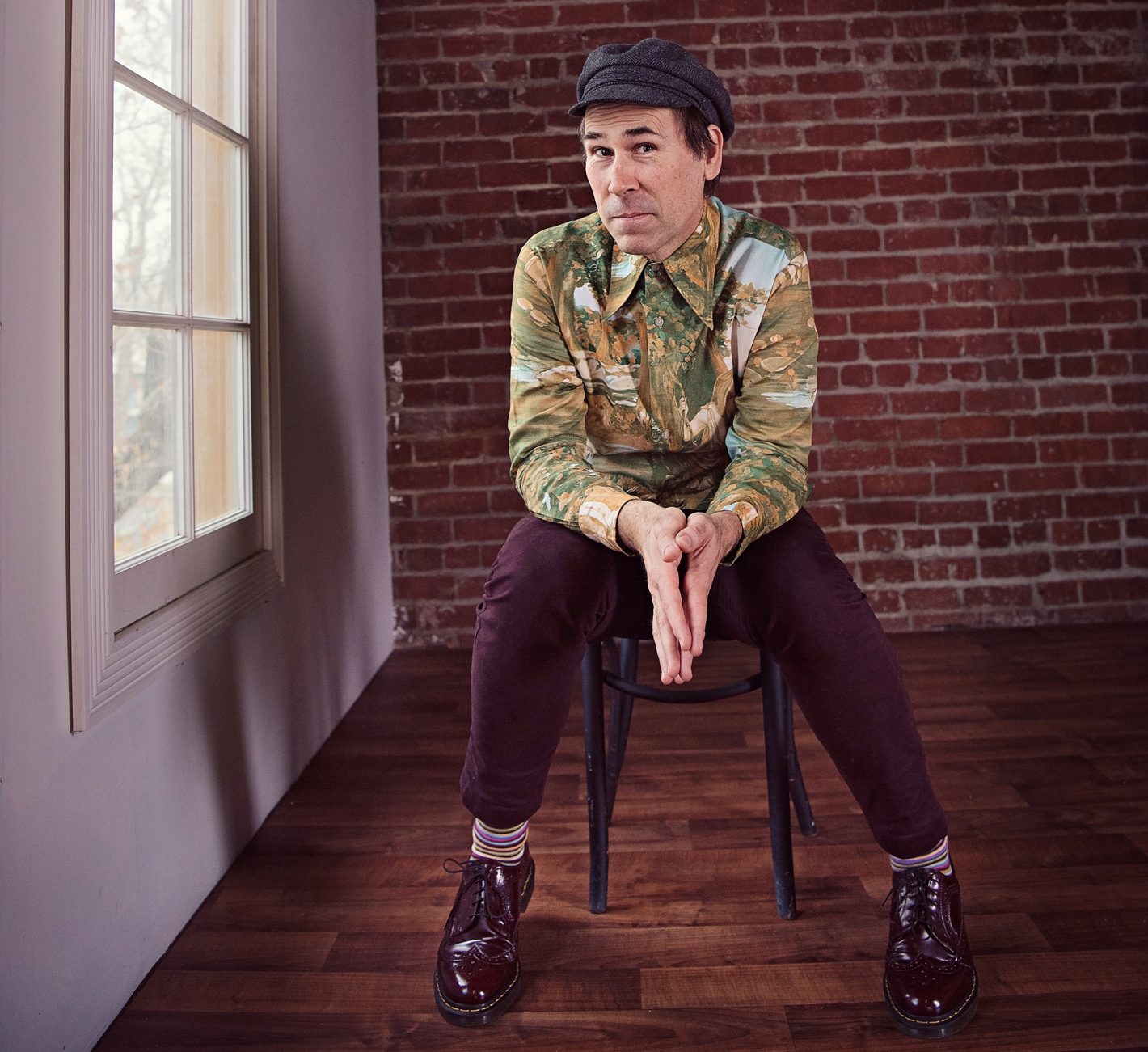 I’ve been friends with Keith Lowell Jensen for nearly 18 years, which makes doing the background research for this article super fucking easy.

Keith has been performing and perfecting his stand-up comedy during that time frame, and has released seven albums along the way. His latest, Not for Rehire, which will be recorded live at the Harris Center for the Arts on Feb. 9, is a collection of hilarious stories about the more than 30 different jobs he’s had and the often difficult times he’s faced keeping them. He’s pretty damn good about being formerly employed.

As one of Sacramento’s premier storytelling comedians, his 2019 is beginning with promise. He states, “This will be the year comedy buys me a house.”

Jensen has branded himself as a vegan, atheist, husband, father and comedian who has still found the time to write the book Punching Nazis: And Other Good Ideas, co-star and co-produce the podcast Quiz-o-Tron (which you can check out at Quizotron.com) and even write a comic strip. He’s working on a children’s book as well, inspired by his rambunctious daughter who’s often a hilarious source of humor.

Jensen always has a funny story to tell. Hell, I have retold a story of his about a coworker at the old Capitol Aquarium who got electrocuted by an eel for years. He’s got a story he tells on stage about working at Kentucky Fried Chicken that continually gets some of the biggest cheers and applause breaks I’ve ever seen.

He was also kind enough to shoot the shit with me in the following interview.

What are some of your go-to vegan secret treats in Sacramento?
I like that Suzie Burgers has a vegan burger now. I like going to 33rd Street Bistro and Revolution Wine when I feel like dropping some coin. Revolution always has fancy vegan stuff on their menu. They change it all the time. Going out for a fancy date with the wife, it’s nice to have some better options. You get tired of pasta.

How long have you been married?
Ten years, but our 11th anniversary is coming in April. We just celebrated 25 years as a couple, from when we were in Rocklin, and I asked her to be my girlfriend … She took a couple days to think about it.

What did she have to consider before being your girlfriend?
What do you think?

You can only settle for so much. A guy who has a new job every three months and performs stand-up comedy might not be the best option.
At the time I did not have a home. When I worked for Spike and Mike’s Twisted Animation Festival, I didn’t keep an apartment. I’d stay with friends in-between gigs, and they would rent us apartments in the different towns we went to. So that was why I was at my parents’ house in Rocklin. I also had a Volkswagen bus with a bed and a kitchen so I’d stay in that a lot.

So you’re recording a special Feb. 9 at The Harris Center in Folsom called Not for Rehire. This will be your seventh album. I remember when your first CD, To the Moon, came out it was completely self-produced, made and distributed. Actually, it’ll be your eighth CD if you count the one with the I Can’t Believe It’s Not Comedy Troupe you made.
That album was called Funnier Than God, which was a take on the John Lennon quote.

You’ve gone from a point where nine years ago, making a CD was a different world—when iTunes is just sort of barely a thing. There were no streaming services. People were actually happy to buy CDs, pop them in their car and listen to them. So you’ve gone from that to a high profile release on Sirius XM Radio, which was probably more financially rewarding than any CD you ever made. How has this changed the way you approach doing these things?
It’s fantastic in two ways. With satellite radio, I have a career, and it’s paying more than it’s ever paid. The other motivation is getting this into people’s ears and increasing your profile. People complain that Spotify and Pandora don’t pay what they should, and I agree and I’m glad that’s changing a little bit, but man … my stuff gets listened to a lot. So for building a fan base that you can use to build a career, it’s great. There’s a thing where you’re supposed to feel guilty if you’re making money off of your art, but you know what? It sure is nice to get paid for all of the hard work you’ve put into it.

Yeah, and what’s really opening up for folks on satellite is that you can submit just a single track. It doesn’t have to be a whole album. So for new comedians, that’s even better.
And that’s so interesting going into this one. This one is very much a full piece. There’s a story arc to it. The end ties back to the beginning of it. There are individual tracks on Not for Rehire that are very funny and I think stand on their own, but I really like it as a full narrative arc. If you look at Ellen [DeGeneres]’s latest special, it’s that way. And Hannah Gadsby’s Nanette, which everyone is always talking about so much, is also that way. There’s a lot of that going on, but they are on a different level than I am. I’m not necessarily going to get on Netflix.

It’s relatable.
It’s pro-transgender, in case anyone is reading this and getting their hackles up. 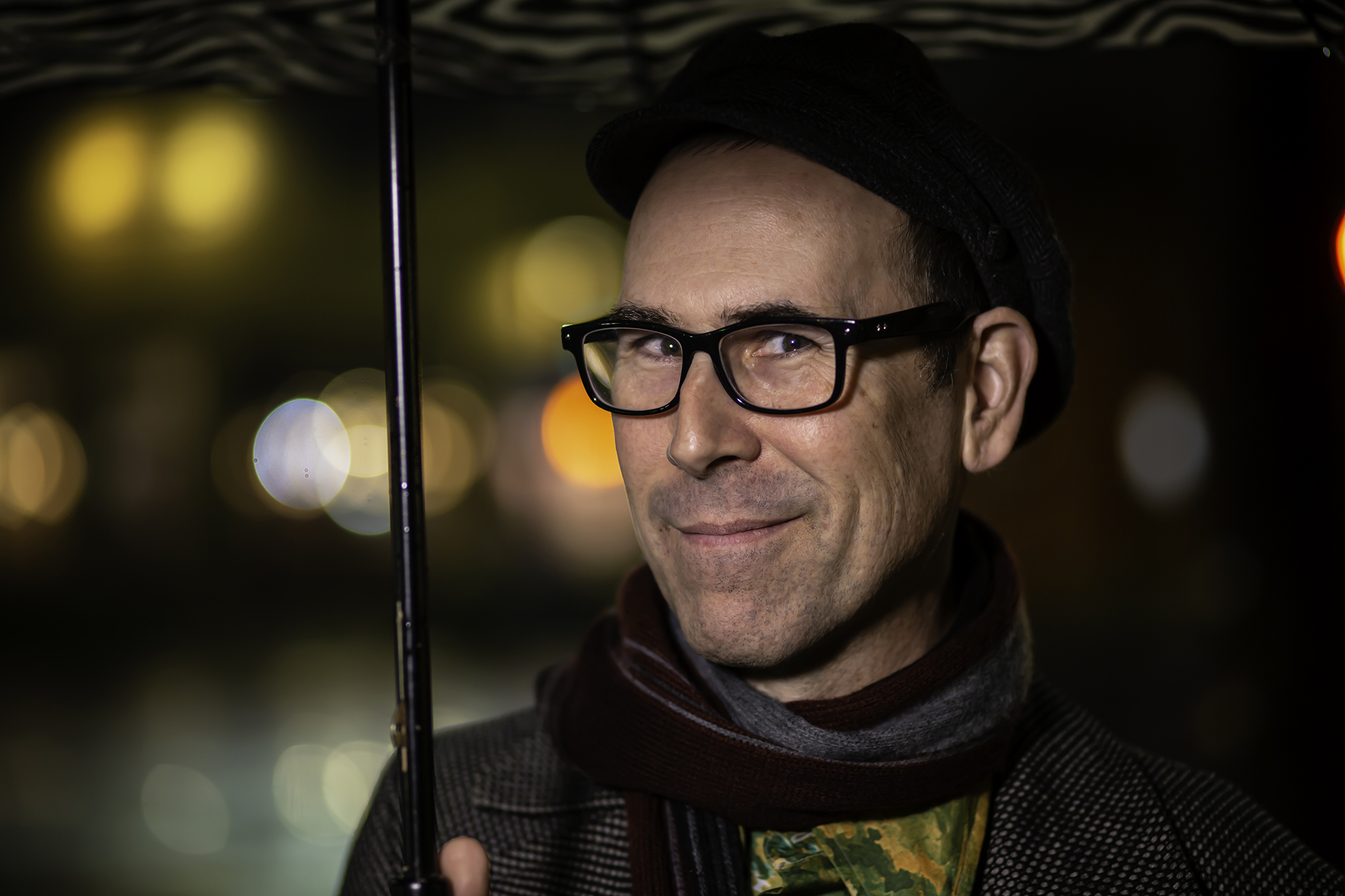 You’ve collected material about various jobs you’ve had to make this concept, work-themed album.
Part of the way I write is to make lists. So I have a bunch of bits about times that I’ve been arrested. I have bits about different places I lived. Like I have a bit about living in a fourplex-train front property. That bit’s done very well for me, but it’s from a whole list where I tried to write a whole list about different places I’ve lived. I’ve lived above The Depot on 20th and K. One of those lists was really, really long, and I realized that just the quantity of jobs I’ve had was unusual. I’ve been working on this for five or six years, and it’s funny as Facebook memories keep throwing at me “I’m working on this great new thing!” two years ago, four years ago, five years ago. I’m finally recording it. I can’t wait. I know exactly what I want to do after I record it. I’m eager to move on.

Yeah, because you’ve been doing dry run versions of this show for about a year and a half now.
Maybe more. I’ve done this in Austin, Seattle and Portland. I did a six-show run at The Geery, B Street Theatre, and the first time was at Luna’s Cafe.

So this isn’t just “I’ve been hitting the mics working on the jokes”—this is a refined, rehearsed show that’s been very well prepared.
The big difference between this one and the early ones, like To the Moon, was that I was doing an hour, but I had to rehearse it in five-minute installments. The whole point of To the Moon was to prove to me that I could do an hour so people would start booking me for longer sets. Nobody was doing that prior to my recording that. I had like two friends that would book me on showcases in small towns and let me do a half-hour in front of four people.

Fresno’s finest.
One of them was in Fairfield, I think. I made a reference about people knocking on doors and someone in the audience said, “That don’t happen around here?” I asked him “Why is that?” and he said, “‘Cause we got guns!” I was like, “OK! I’d like to get through this, please.”

You do really well with small crowds. I mean, usually, there are small crowds when you perform [laughs]. But I remember seeing you and Johnny Taylor up at the Arcata Theatre a few years back and for whatever reason, it just wasn’t promoted well, but there was just a handful of people in this big theater, and you sat on the edge of the stage and brought everyone up. You brought this living room intimacy to this big space.
I used to get comedians at Luna’s that would go into this small intimate room and yell and be really loud and it would overwhelm the room. You gotta adjust to the room, so if it’s kind of empty you gotta go for that living room vibe and be more conversational. If it’s a big giant crowd, be loud and do your polished material. You can actually do the same jokes, it’s just in how you deliver them. Though sometimes I just ditch my set for certain crowds and just talk to them.

I was in the car with Hailey Boyle, and we were on a tiny town tour. I had just had a rough night and she said, “Listen, these people don’t want to hear about your life in Sacramento. They don’t relate. Stop trying to talk to them about you. Talk about them.” At first, I thought it was stupid advice, but I got to Winnemucca, Nevada, and I thought I’d give it a go, so I did a 100 percent crowd-work set. I didn’t even want to go up and thought, “I’m going to die here.” I had so much fun. I had a really good set. I reference that set a lot, because it was a real turning point to be able to adjust and bend with the crowd so I can succeed more often.

You can watch Keith Lowell Jensen adjust and bend at the City Studio Theater at the Harris Center for the Arts (10 College Parkway, Folsom) on Feb. 9, 2019, when he will record his new album. Also performing will be Becky Lynn. The show gets underway at 8 p.m., and tickets start at $18. For more info, go to Harriscenter.net.