Impermanent Vacation • After a Brief Hiatus, Middle Class Rut is Back with a New Album and a Headlining Slot at Concerts in the Park 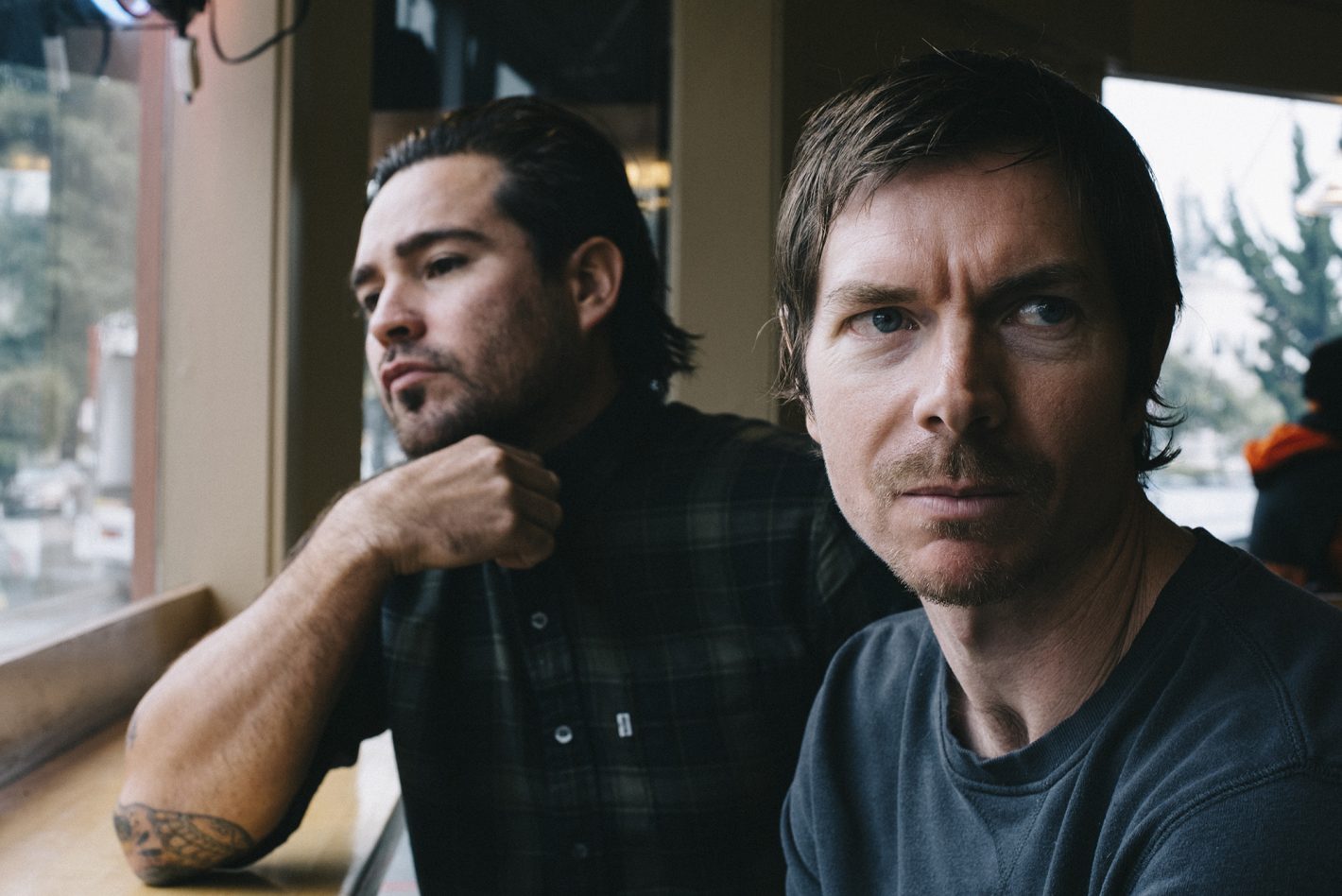 It was late 2007 when Sacramento local Zack Lopez mailed his band’s three-song demo to KWOD 106.5’s Andy Hawk. His fledgling band was Middle Class Rut, and among those three tracks was “New Low,” a catchy staccato rock song with an anthemic chorus that resonated with Hawk from the moment he spun the CD. He added it to KWOD’s rotation of local bands and the fanfare mounted almost instantly.

By the end of that year, it was among the top requested songs on the station, not just for locals but across the board. MC Rut, which consists of Lopez and drummer/vocalist Sean Stockham, had just been dropped from their major label, Island Def Jam, which was sitting on that same recording of “New Low” when they cut the band loose.

“It just kind of did what you hope a song will do,” said Lopez, who has a deep respect for Hawk’s insistence on giving local bands radio time. “I’ve always thought that was the coolest thing because it gives normal listeners a chance to hear locals.”

Middle Class Rut quickly became a Sacramento staple, headlining sold-out shows and supporting established touring acts as they passed through Northern California. They also booked international tours and traveled the United States with the likes of Social Distortion and Alice in Chains. (I caught them at a KWOD show alongside Alkaline Trio, Pennywise, Anti-Flag and the rapidly ascendant MGMT in 2008.)

As the band’s popularity swelled, they built toward their 2010 debut album, No Name No Color, anchored by “New Low.” They followed it up in 2013 with Pick Up Your Head, which saw the band fleshed out to a five-piece after years as a duo.

Those two album cycles kept them on the road for years, but it all came to a screeching halt in 2015 when the band’s gear was stolen from their trailer right before their final hometown show. Already burnt out from years in motion, they took it as a sign to pack it in.

I recently caught up with Lopez to talk about the ensuing few years, including the demos they released in early 2018 and the new record they currently have in the can, Gutters, which was funded entirely by Kickstarter donations from their fans. 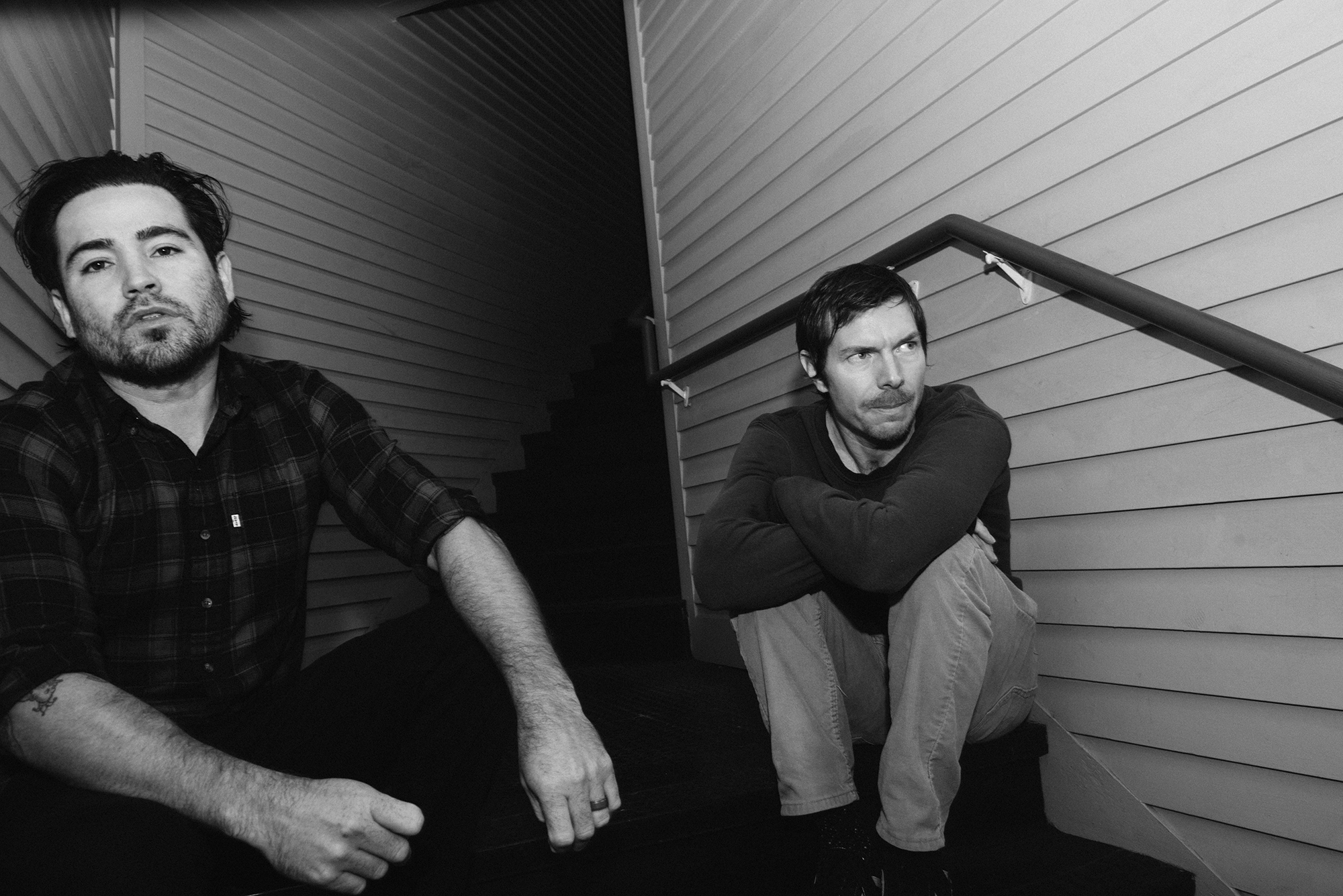 In early 2018, Middle Class Rut released a collection of old demos called Strangler Days. How did it feel to revisit those songs so many years later?
They were from the first two years we started playing music. We were writing so much then that we couldn’t even release the songs quick enough. It’s a time and an energy that we’ll never have again. It would be lame to let those songs die on a hard drive, and it was a good way to see if people still gave a shit about the band. We figured we could put this weird shit out before we go make an album.

What happened when the band parted ways after touring behind the second album?
You have a band account that keeps you going, but when you’re not playing, the money drains quick. Three or four months afterward, Sean was like, “I gotta start working.” Sean does carpentry work in Boise, and I’m a contractor in Sac. I just jumped right back into that. It felt good to kind of get back into that, but that’s short lived, too.
I hit up the label and put out two records on my own and built a rad studio in Sacramento. Having a studio makes a huge difference. It’s somewhere I can go for as long as I want and record undisturbed.

You all parted ways in 2015 after your gear was stolen. If that theft never happened, would MC Rut still have shut it down?
We were supposed to go into the studio. We were renegotiating a contract and were pretty much set to do the cycle again, but we couldn’t bring ourselves to commit like that. It just felt like the last thing in the world we wanted to do. It didn’t feel right. We weren’t inspired, so we hit our label up and said we’re gonna step back. The gear getting stolen was just another sign to fucking relax. Listen to the sign … We’ll just go our separate ways.

What did the label say?
We were with Bright Antenna out of Oakland. They have a ton of bands now, but we were the first band they’d signed. It was more like family than any other label we’d been on in the past. They’re just endlessly supportive. They said, “Whenever you want to come back and get at it, we’re here for you.”

Sean no longer lives in Sacramento. Where does he live now and how does that work for the band?
He lives in Boise, Idaho. He moved there right before we made the second record, but it didn’t matter. He’d fly to where we’d start the tour and we’d all take off together.

What spawned the new album and the Kickstarter that funded it?
It was Sean’s idea. If we could do it ourselves, our obligation was just to the people who funded it. Now we’re looking at a few options. Doing it yourself is rad, but there’s a limit. It’s paid for and we own it 100 percent.

Did you set out to create a specific sound with the new record?
We didn’t. Our second record was so focused and loopy with percussion and hip-hop beats. I don’t know how well it went over, but people didn’t seem to respond to how excited we were. I knew I wanted to do the loopy stuff [on the new one], but we couldn’t help but just bash out rock music in a room, too.

We turned the band to a five-piece on the second record. Everyone’s like, “Man, you guys are way better as a two-piece.”

You recorded the main instruments live in one room. Why did you do the vocals on your own at your home studio?
It’s just about being a control freak and having a budget. We knew as long as we got drums down in the studio, anything else would be extra. I’m so used to recording myself. If I have to sing something more than three times and I still don’t get it, I just pretend the song doesn’t exist and revisit it later. I can’t stand punching in stuff.

Your upcoming tour will include Concerts in the Park in Sacramento. How did that come to be?
We’ve played it twice. Andy [Hawk] and I are always talking and he’s like, “Dude if you ever want to play again, let me know.” He does so much cool stuff for the city. Everyone you know can get in, it’s a free show, they treat you well, and you get paid to do what you do. Why would we not do that?

Middle Class Rut will headline Sacramento’s Concerts in the Park for the third time on July 20. Also performing will be Black Map, Dark Signal and Blackheart. This show is free and will take place at Cesar Chavez Plaza (910 I St., Sacramento) from 5–9 p.m. For more info, go to Godowntownsac.com. You can order copies of MC Rut’s latest album, Gutters, at Mcrut.com.