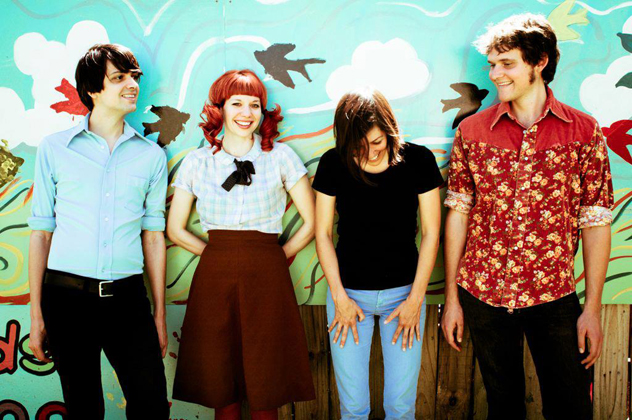 Longtime Sacramento musician turned Austin, Texas, resident Natalie Ribbons (of the band Agent Ribbons) is bringing her brand-new group Tele Novella through town on Tuesday, May 28, 2013 to Bows and Arrows. Ribbons debuted the four-piece band at this year’s South by Southwest music festival to rave reviews, and they have since recorded and released two wonderful psych-pop tracks that are sure to dominate your poolside playlists this summer. “Don’t Be a Stranger” opens with a groovy distorted bass line. It’s jingly and undeniably catchy. On it, Ribbons sings, “I woke up and didn’t feel inspired, I even tried, but trying made me tired.” We’ve all been there. The song’s got such a cool vibe to it and it clocks in at just over two-minutes, as to not get too repetitive and keeps you wanting more. “No Excalibur” is dreamier, a little slower and more dramatic. Still solid as heck. Ribbons and crew are really onto something with these tracks, and we here at Submerge cannot wait for a further glimpse into the intriguing world of Tele Novella. Rumor has it they’ll have a 7-inch out this summer. Learn more at Facebook.com/telenovellamusic. To hear their two released songs, head to their publicist’s Soundcloud page at Soundcloud.com/thetempagency