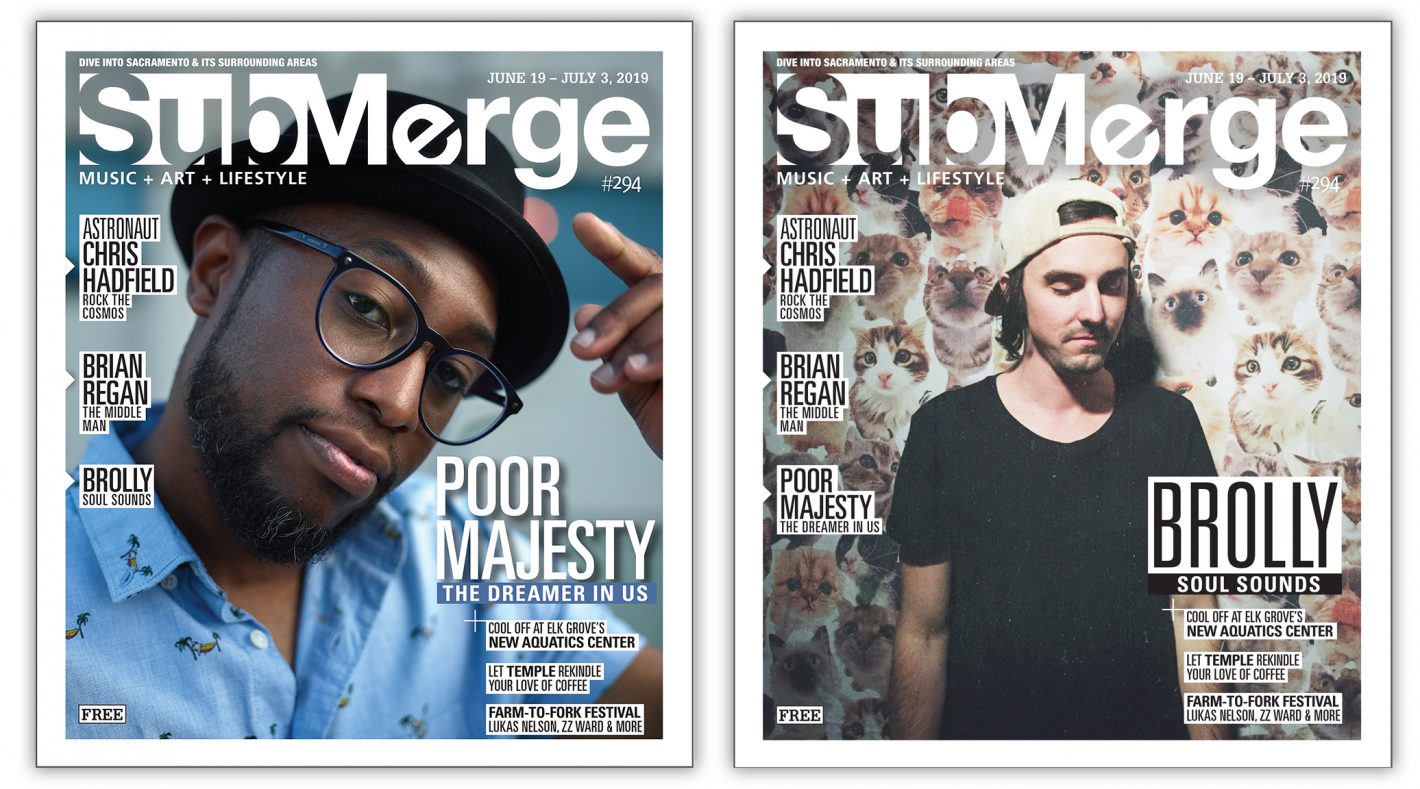 Issue 294 of Submerge features Sacramento born-and-raised MC Poor Majesty, who plays Davis Music Festival on June 22 and also has an album release show on June 29 at Groundswell Art on J Street; Plus local singer-songwriter Brolly, who has a show at Goldfield Trading Post on June 29 where he’ll be playing songs off his latest EP that came out last month; Plus stand-up comedian Brian Regan, whose “perpetual tour” brings him to Crest Theatre on June 27; And last but definitely not least, astronaut Chris Hadfield, whose music group Bandella (made up of fellow astronauts!) plays the Palms Playhouse in Winters on July 6. Also, read up on other cool local happenings, like the opening of Elk Grove’s giant new Aquatics Center, or Temple Coffee’s free public tastings, and B Street Theatre’s new production. Read. Learn. Do rad things.

Back to All Issues