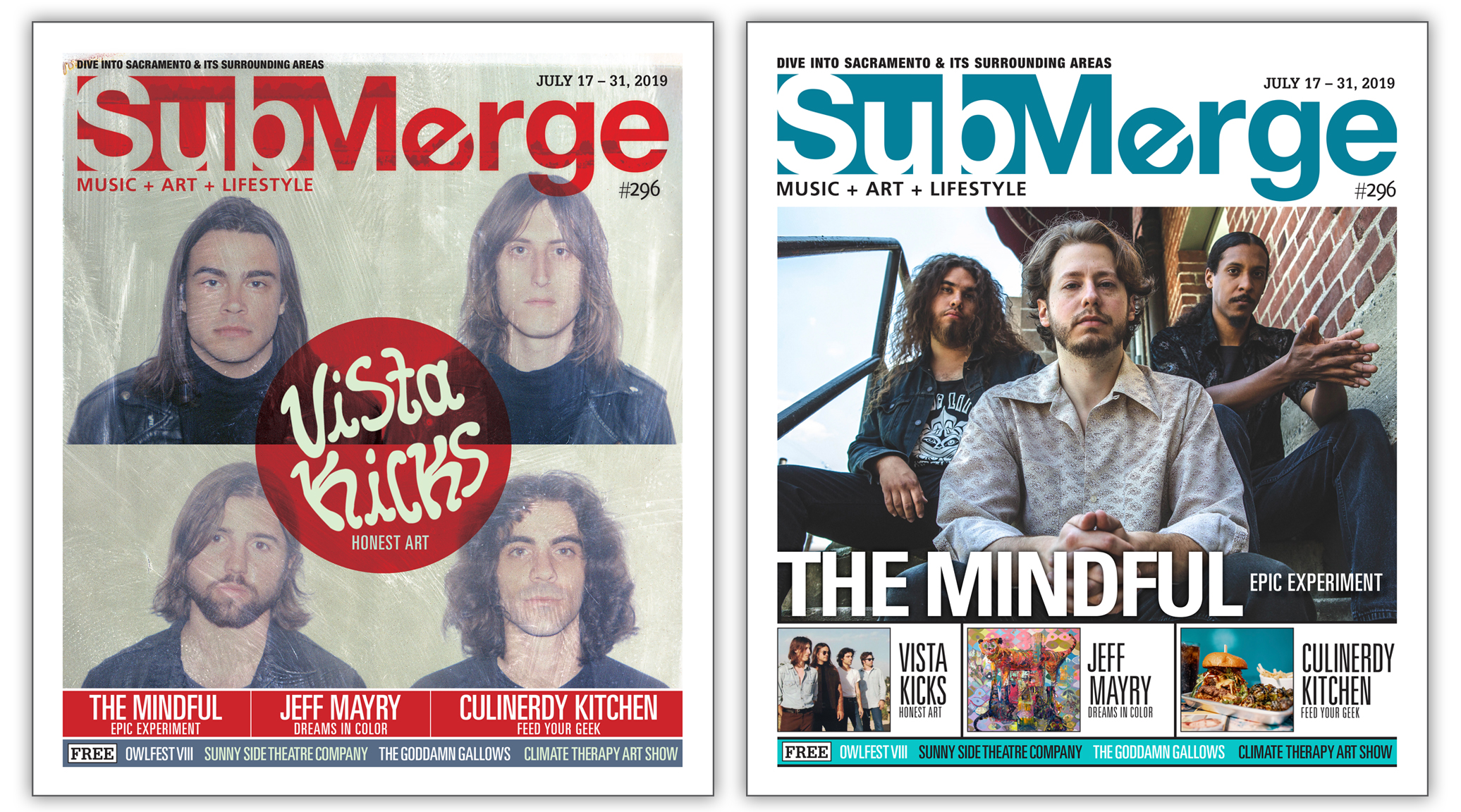 Issue 296 of Submerge features interviews with Vista Kicks, who headline Concerts in the Park’s closing event on July 26, and will also open for The Rolling Stones on Aug. 18 at Levi’s Stadium in Santa Clara; Plus local band The Mindful, who have an album release show on July 27 at Momo Sacramento; And local artist Jeff Mayry, who is part of a group exhibit at JayJay Gallery that is up through Aug. 10. Also, read up on Culinerdy Kitchen’s new downtown Sacramento location, Sunny Side Theatre Company’s debut production, the 20th annual Marysville Peach Festival and so much more. Read. Learn. Do rad things.

Back to All Issues