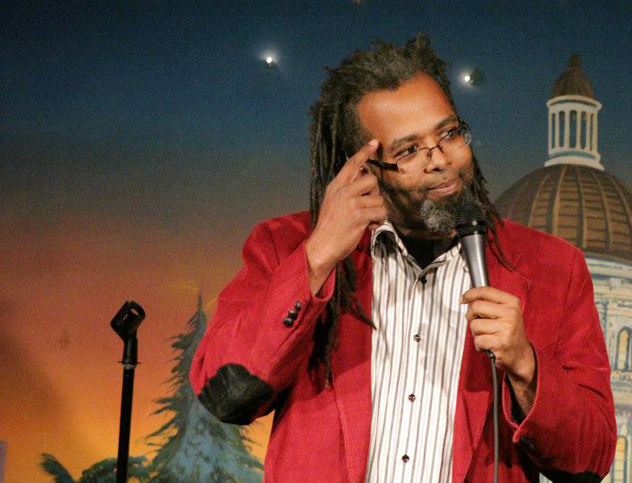 Ngaio Bealum is out to change your perception of what a stoner is supposed to be. Though the Sacramento-based comedian makes no qualms about his love affair with marijuana, his track record isn’t that of a couch-bound video game/Saturday morning cartoon junkie. Instead, you’ll find a man who is hard working and highly motivated.

“I’m not always a fan of how stoners are portrayed in the major media,” Bealum says. He believes his standup routine shows “cannabis consumers” in a different light. “I’m a pretty cool guy; I’m relatively smart, quick-witted. You know what I’m saying? I’m not dumb or unmotivated.”

If watching his act won’t change your mind, just look at his resume. Not only has he survived as a professional standup comedian for the past 20 years (he celebrates his 21st anniversary as a pro in October), he also publishes his own magazine, West Coast Cannabis, a full-color 96-page glossy, which first hit shelves in February 2008.

“It was really a ‘How hard can it be?’ sort of decision,” Bealum says of his choice to fit producing a magazine into his busy touring schedule. “But it turned out where it’s not too hard, but it was definitely a challenge at first. We’re getting it to where it flows pretty good now, but there was definitely a point or two where it was like, whoa, you know.”

In addition to that, Bealum also organizes the Cannabis Comedy Festival, which will celebrate its eighth or ninth installment (Bealum couldn’t remember which) Oct. 7 and 8 at the Punch Line in Sacramento. Bealum will host the event that boasts a lineup that includes DJ Mervin, Caitlin Gill, Keith Lowell Jensen and others. The traveling event has made stops in Portland, San Francisco and New Orleans in the past and is a fundraiser for Americans for Safe Access, an organization that helps “people who need marijuana for medical reasons have safe access to it,” says Bealum.

“I’m a big fan if you can raise money, educate and have a good time all at the same time,” he explains.

Submerge spoke with Bealum as he was preparing for a second night at Punch Line in San Francisco, after just returning from Hempstock in Portland, Ore., an event he likened to “an Oktoberfest or a wine tasting.”

“You know, all the connoisseurs get together and bring their favorite flavors, and other people bring smaller things that they had grown,” Bealum said of Hempstock and other events of its ilk, such as the Cannabis Cup. “It’s all really medical. It’s really nice.”

In the following interview, Bealum talks about his decades-long career and his favorite flavor of, well, you know”¦

Do you consider yourself a marijuana connoisseur? Do you have your favorite strain?
I’m a connoisseur for sure. I’m a big fan of sativas”¦not so much the Trainwreck, I like this new Green Ribbon that’s out right now.

What do you like most about it?
I like the kind of buzz-y head-high effects where you feel a little energized and maybe kind of chatty. I’m not so much the sit on the couch all day smoking weed stoner. That’s not for me.

If you were that kind of stoner, what would you recommend?
For that, if you’re old school, you’d go with a Romulan. But if you’re the new kids, they like the Kush or the Granddaddy Purple.

The number I’m calling you on is a Southern California number, but you’re living in Sacramento now, right?
I’ve been living in Sacramento for about a year, but it’s an open secret, so if they call me from L.A., I can still pretend. “I’ll be right there”¦in about five hours.”

What made you move up north? It seems like L.A. would be a more happening town for a comedian.
L.A.’s not really my style. I love Sacramento. It’s got a lot of civic pride, and my girlfriend lives up here, my brother lives up here, and my mom’s not too far away. She lives in San Francisco”¦ It’s got good restaurants. We rode our bikes to go to The Crocker, and then to the River Cats game. It was awesome.

Was there a final straw for you that caused you to move out of L.A.?
No, L.A. and I just get along better from a distance”¦ It’s better when I can just go down there to work and then come home.

I’ve had friends who have had prescription cards for marijuana. Do you have one as well?
I do.

A couple of friends who had cards, they didn’t really have a condition or anything. They just got their cards from doctors who were quick to give them out. I’m not saying that’s the case with you, but do you think that sort of thing hurts the cause of people fighting for marijuana legislation reform?
I quote Dennis Peron when he says, “All marijuana use is medical use.” Now, some people may not take it to that extreme, but if you derive some therapeutic value from feeling better”¦ Studies say that if you take a shot or two or have a glass of wine after dinner, you may actually get some benefit from it, so who’s to say that people who enjoy a toke or two aren’t getting some benefit from it. It’s a natural anti-inflammatory and mood leavener, so who doesn’t like to smooth out and feel less pain?

Do you foresee a day when marijuana is just legal across the board?
Yeah, I don’t think that’s too far in the future, actually. It’s getting there. We’re starting to reach the tipping point.

You’ve been doing this for 21 years now”¦
Yeah, 20 years. October will be my 21st anniversary as a professional comedian. Where’s my watch and retirement plan?

Is there a good pension for comics?
Yeah, it’s called shitty one-nighters. You can do those till you’re 80—have your kids drive you. “C’mon, we’ve gotta get to Missoula. Hurry!”

Does it bother you to be labeled as a weed comedian?
No. As I’ve said, I’ve made a pretty good career out of it. You know, it’s funny, because I did a show at the Punch Line last night, and it wasn’t even a stoner crowd, which was funny to me. It took me by surprise at first, because I didn’t really go for a lot of the marijuana jokes, so fortunately, I have a whole other act that consists of jokes about my kids and quantum physics and psychedelic poetry.

In the years you’ve been a professional comedian, how have you seen the scene change?
I started comedy in 1988, which was sort of the ass-end of the comedy boom. Comedy was just starting to take off, there were a lot of clubs and there weren’t really that many comics, so there was a lot of work everywhere. It was really comedy-based. If you were really funny, you’d get a lot of work. It didn’t matter if you were on TV or not. When I started, you had to do a lot of roadwork in clubs to get on TV, and now, you have to get on TV to get into the clubs. I also think that comedy is changing its model, because more and more corporations have gotten involved. You know, Viacom owns Comedy Central, so comedy has become a commodity and not just a visceral way to entertain people. But with the advent of the Internet, I think the underground scene is coming back again, and the do-it-yourself punk rock vibe where all you really need is a room and a microphone and 50 people who can pay $5. You can make some money and get your point across without worrying about what you can and cannot say and how you will be perceived on television.

See the Cannabis Comedy Festival on Oct. 7 and 8 at the Punch Line in Sacramento. The show is 18 and over and carries a two-drink minimum. For more information on Americans for Safe Access, go to www.safeaccessnow.org 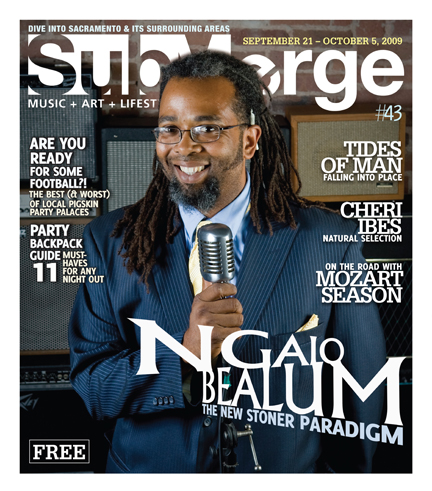