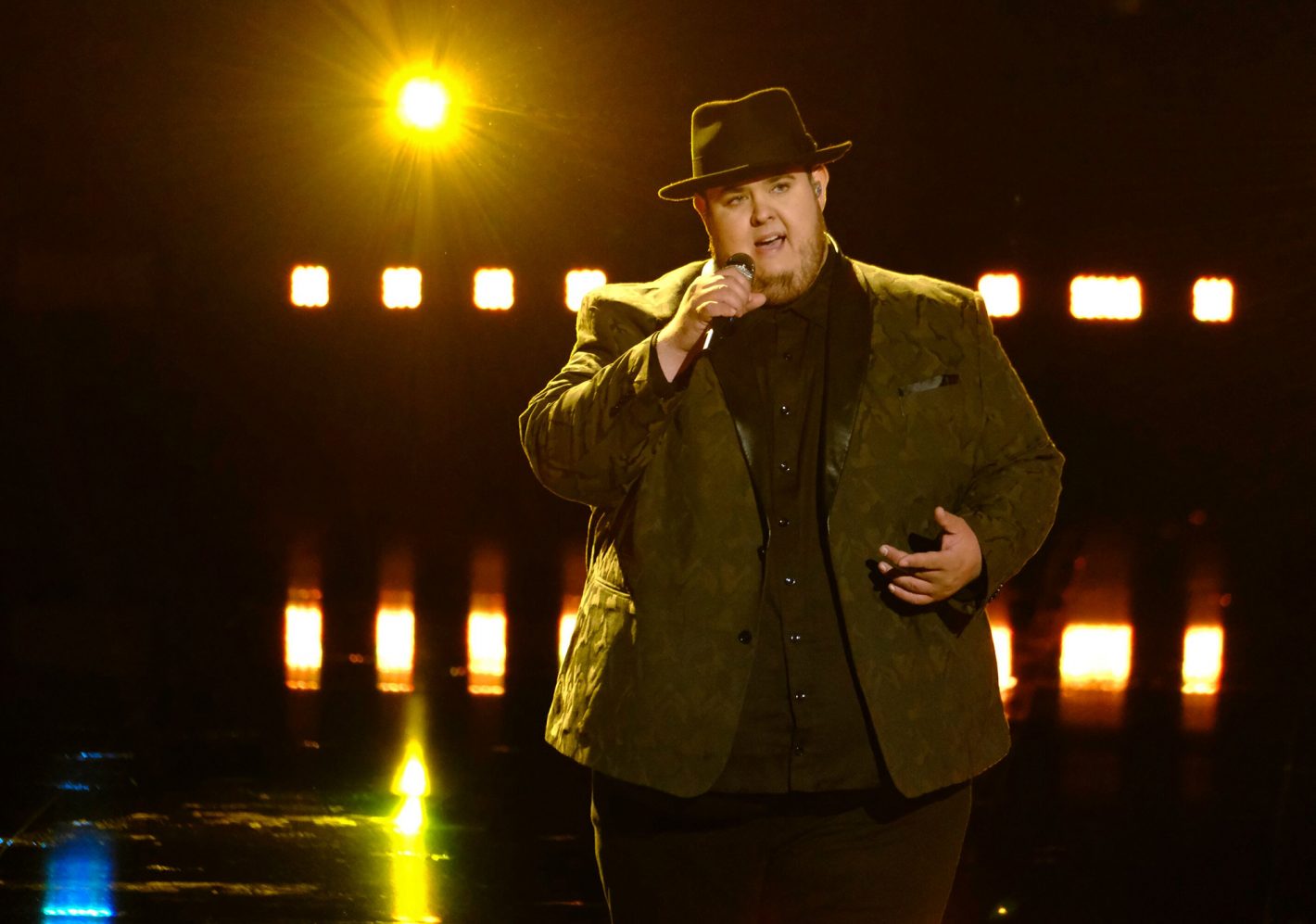 Monday through Friday, Shane Quidachay, better known as Shane Q, gets up early in the morning, starts his day with a cup of coffee and drives a minivan for the Sacramento organization, United Cerebral Palsy, where he has worked for the last six years. This has been an average weekday for Quidachay, but in November 2018, he made a decision that changed his life for a whole year and landed him a spot on NBC’s The Voice.

“When did you know you could sing, like really sing?” I ask Quidachay, as he sips on his coffee.

“It was about the time when ‘I Believe I Can Fly’ came out. I used to enjoy singing when I was younger, but around 16 or 17 years old, I knew that it was more than that, it was a passion,” he says.

One could say that he is a self-taught artist who has skills in playing the guitar, saxophone, drums and ukulele, but had music surrounding him throughout his life. His father—who is also a singer and musician who mostly plays classic rock—passed down some of the basic skills, but Quidachay took it upon himself to learn the rest.

The Sacramento born-and-raised 29-year-old was one of 50,000 who auditioned for the show, and if you followed the 17th season closely, you would know that he made it to the top 10, two episodes short of the finale. The once shy-guy, as he describes himself, found himself singing his heart out not only in front of a live audience, but in front of the whole world week after week, fighting to keep his spot in the competition.

“Out of 50,000 of those who auditioned, it is nuts to think that I made it to the top 10,” Quidachay says. “I had no expectations to even make it past the first round, so to keep making it and know people actually voted for me is tight.”

After being invited to audition for the show multiple times, he finally took the chance and made a trip to Oakland where he had his private audition. Singing an assortment of songs ranging from “Tennessee Whiskey,” a country song written by Dean Dillon and Linda Hargrove and most known for being sung by Chris Stapleton, “I’m Not the Only One” by Sam Smith and “Rude” by Magic! was enough to push him to the next round.

Before he knew it, he was singing his rendition of “Tennessee Whiskey” at the Blind Auditions, which is the first appearance they make in front of the coaches. In order to make it through to the next round, at least one coach has to turn their chair, if multiple turn then the singer has a choice to choose which team to join for the season.

Gwen Stefani turned her chair first, then Kelly Clarkson, Blake Shelton followed and with the song coming to an end, John Legend made the cut. Having four chairs turn around does not happen too often and without any blocks from any of the coaches, Quidachay had free game to choose who he thought would be the best coach for him.

“To keep the mystery, I won’t tell you who I initially wanted to go with but I’ll tell you this, I changed my mind on stage,” Quidachay says. “Kelly was not my initial choice, but I liked and agreed with everything she was saying. I felt validated, like I put in all this work and think that it’s worth it, that I am following my dreams and this is just the first step of my career—regardless of what happened in that round, I felt like people were going to know me.”

After his gut told him to go with Clarkson, he benefited from her very caring and motherly handling of her team, giving them advice and pushing to advance their singing careers. At one point in the competition, the three-time Grammy Award-winner arrived bearing gifts for her team, gifting Quidachay a guitar which he now uses during his gigs.

“She genuinely cares for your music career and will help you with anything, even outside of the show,” Quidachay says.

The singer felt a connection with Clarkson because, like him, she had to go through the process of singing in a competition, and ultimately won the first season of American Idol when it aired in 2002.

“One of the reasons why I picked her was because she has won a show like this and she would have the best advice for me,” Quidachay says. “She has crossed so many genres and that is exactly how I feel about myself. I love all music and I feel like I cross barriers, cross genres and do a little bit of everything.”

Like his coach, Quidachay doesn’t think his singing falls into just one genre, but if he had to pinpoint, he says his style would fall under pop, soul and R&B.

After several months of preparation, vocal training and coaching, Quidachay kept making it through to the next round and found himself in the bottom three several times where he says he had to “sing for his life” and eventually was sent home after his “Caribbean Queen” performance, where Clarkson praised him for his improvements.

“You’ve improved greatly, your range is incredible and the fact that you sing any genre you want, you’re gonna be able to do this the rest of your life,” Clarkson said on the show, finishing with “I’m not worried.” 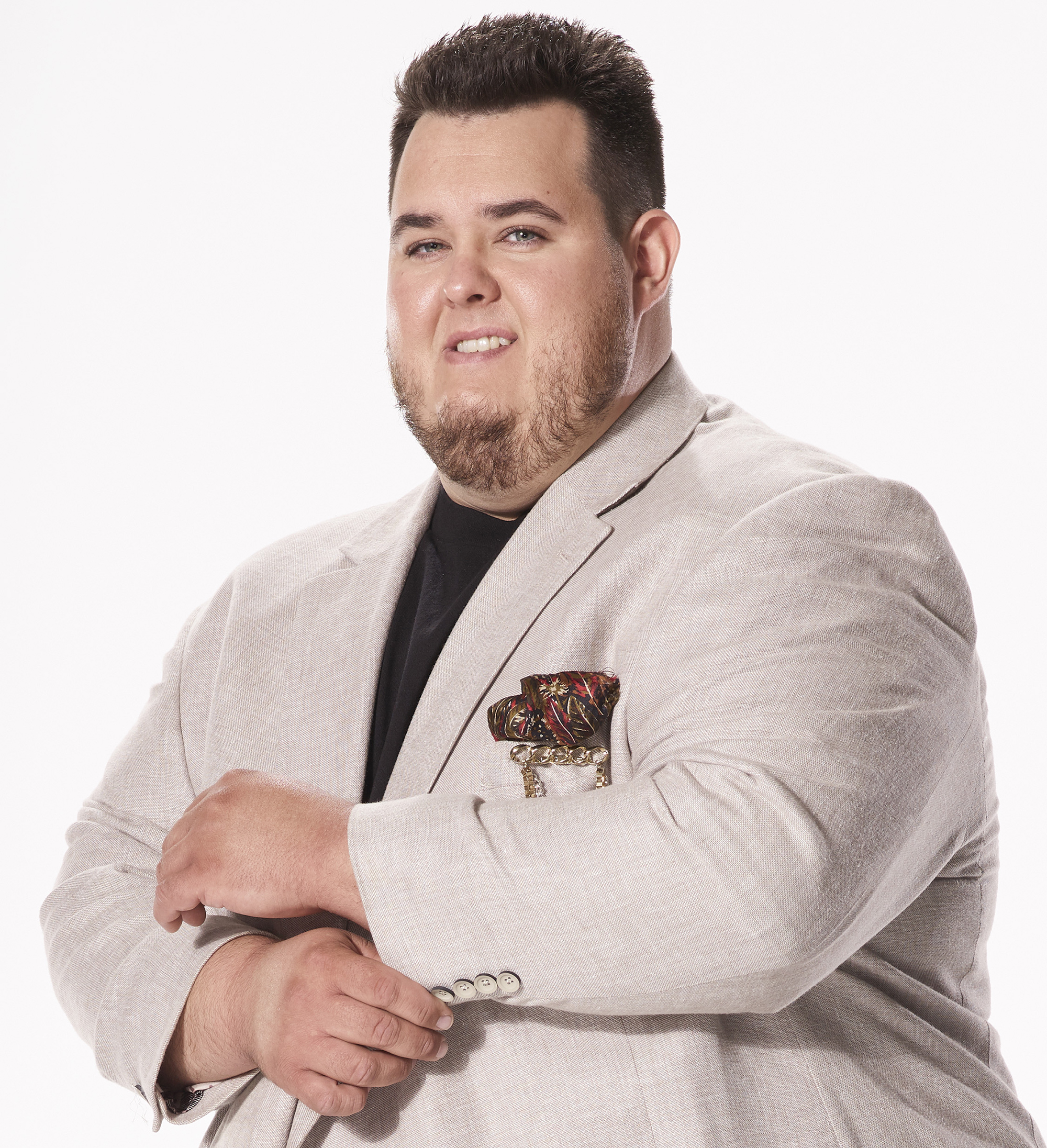 The singer went into the competition with no expectations, trusting the process along the way.

Before his rise to reality TV stardom, Quidachay started his singing journey by uploading covers of popular songs like “Sure Thing” by Miguel and of “Someone Like You” by Adele to his YouTube channel, which now has more than 7,000 subscribers. Quidachay plans to start uploading more covers and keeping his channel active, along with making more appearances around town for gigs.

Apart from making rounds through Sacramento, he also hopes to expand to the Bay Area and Placerville, and hopes to play in Tahoe soon. In the future, he plans to travel to Nashville to play a concert there and hopes to fly to Guam, where he says he has a large fan base stemming from his Guamanian roots.

Since coming home from the competition, he has sung the National Anthem at a Kings home game against the Lakers, and again recently at a Sacramento Republic game on March 7.

“I did the National Anthem for the Kings when the Lakers came and that was a big honor,” Quidachay says. ”A lot of interesting things are coming at me which is cool, bigger opportunities that weren’t coming before.”

Shane-gels and Shane Qties can expect at least a single to be dropped on listening platforms like Spotify and iTunes in March. If studio time allows it, he is hoping to drop an EP or an album in the near future.

“I am hoping to drop music this month; I got gigs lined up and that is really all I am focusing on,” Quidachay says. “I am not waiting around for someone to find me, I am just doing my thing and doing what I love to do.”

**UPDATE: March 15, 2020. Due to the COVID-19 pandemic all of Shane Q’s upcoming local gigs that we plugged when this piece originally ran in our March 11 – 25 issue (#313) have been cancelled. Keep up to date with rescheduled shows on Shane’s Facebook page.**