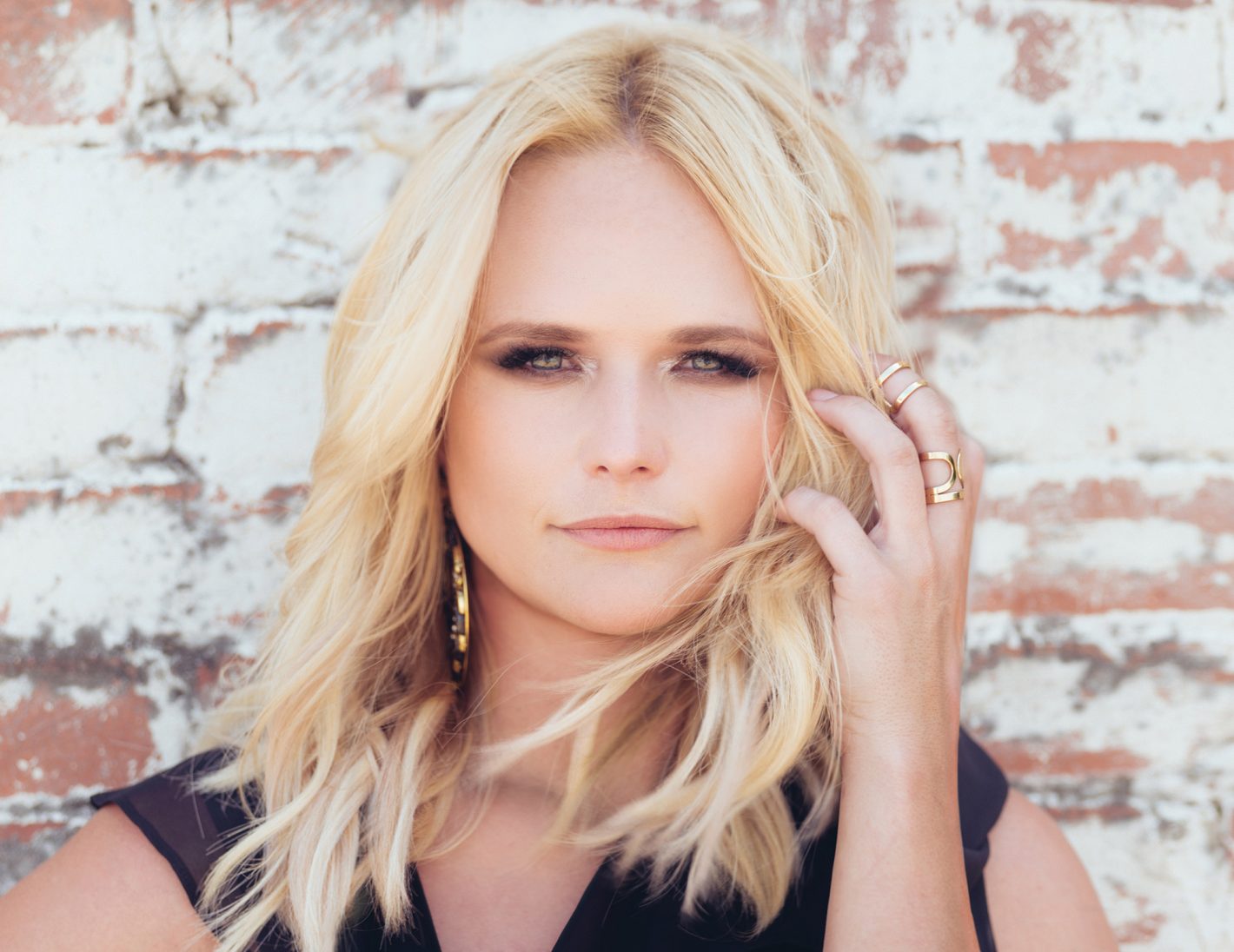 People who assumed that the fire and flash of early career hits like “Kerosene” and “Crazy Ex-Girlfriend” described the extent of Miranda Lambert’s musical persona have been wrong-footed time and again in the ensuing years. Her rightly earned celebrity has continued to grow in the past decade on the strength of her versatile and irrepressible songwriting chops, which can shift between high-energy, arena-rocking country-pop to more tale-spinning, bittersweet shades that echo the genre’s old-time greats. She seems comfortable in either camp, always willing to please the crowd but never at the expense of her own expression. Each stylistic choice or tonal shift Lambert has taken over the years has come through clear on the strength of its self-assurance, with nary a whiff of second-guessing. One gets the sense that she’d be perfectly happy playing her songs in an East Texas roadhouse until the end of time. This is the key to her longevity; although one of the great entertainers in country music today, she is foremost a musician to her core, and imbued with the outlaw spirit of ‘60s/’70s country troubadours, to boot.

Lambert’s latest album, Wildcard, comes at the tail end of a period of renewal and stock-taking following a highly publicized divorce. The double-album encapsulating that time, The Weight of These Wings (2016), painted a portrait of a woman and an artist at the crossroads of life and was a showcase for the breadth of her talents. Wildcard, in contrast, is packed with all the energy of her first two albums, made lighter by newfound love and part-time living in the Big Apple and enriched by another decade of experience. Lead singles “Bluebird” and “It All Comes Out in the Wash” are both struck through with the notion that being wiser can lead to more enjoyment from life, and it’s this titular wildcard that makes the album such a strong, yet breezy-feeling work.

It’s easy to see Lambert’s story playing out into the annals of country and further into the unforeseeable future, like a millennial Dolly Parton; her artistic restlessness is more than enough to contain both commercial demands and her more rough-hewn creative instincts. Outside of her solo work, she also regularly makes magic with Ashley Monroe and Angaleena Presley in the supergroup Pistol Annies. As a musician who was glad to walk away with third place on Nashville Star in 2003 if it meant less pressure on her style—and who would’ve been glad to walk away from her very first record deal if taking it meant compromising her vision—she’s always had her sights set clearly on her own horizon. As genre borders continue to disintegrate in the 21st Century, her guileless charisma is sure to win her more fans from all walks.

Following is an interview with Lambert, who is set to spark the Golden 1 Center Saturday, Feb. 29. 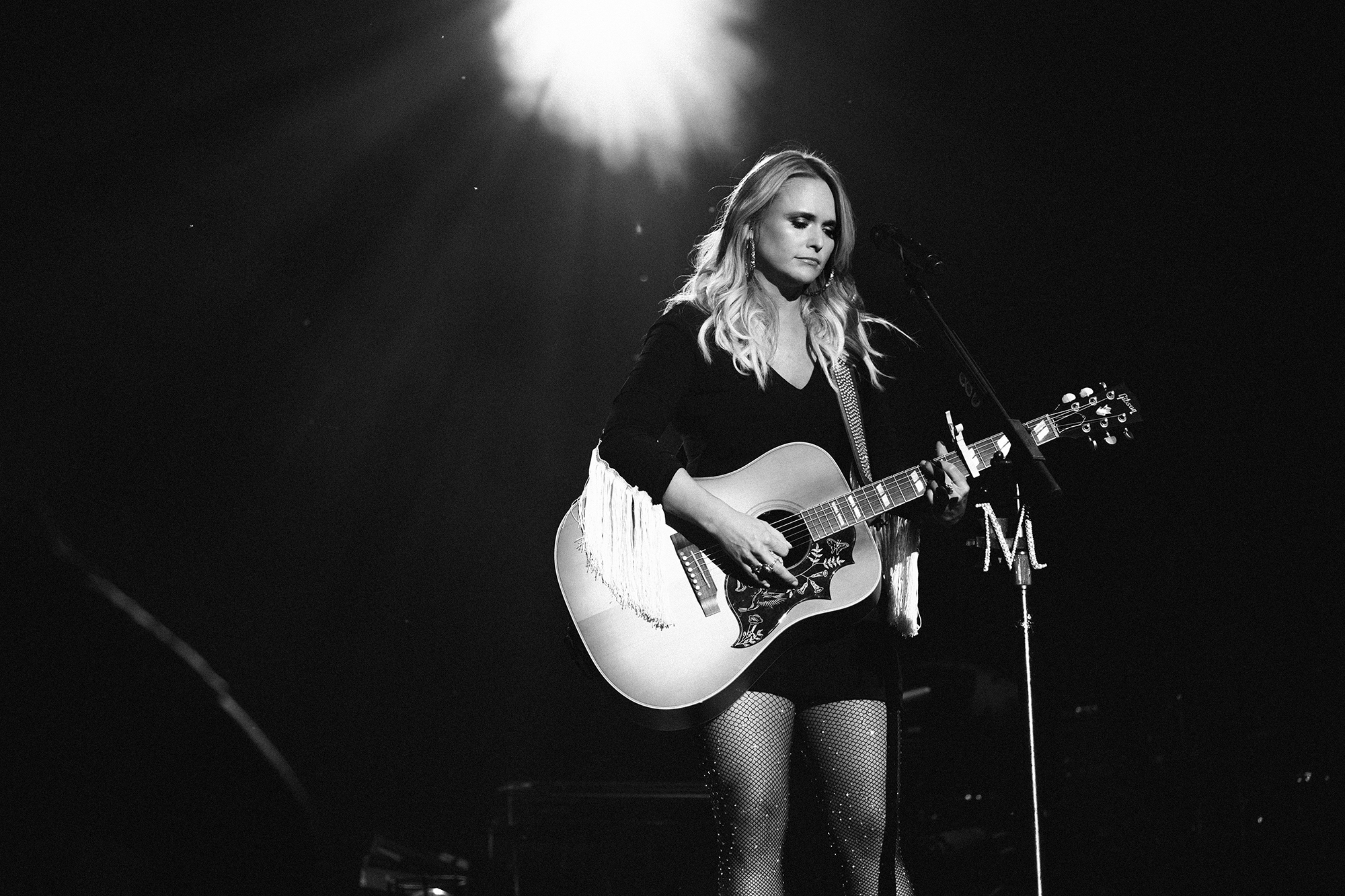 You have a knack for both an older and more modern style of country. How are you able to switch gears so easily?
My heart really lies within the old-time country stuff—that’s what I love the most—but when it comes to shows and putting your live act together, the setlist has gotta be more uptempo, upbeat songs. If I could write what I wanted all day long and not worry about it, I’d wanna write sad country songs. But when I get on stage, I want it to be a little more rowdy. Part of the songwriting aspect of it is trying to stay recognizable and true to who you are for your fans that have been there, but also give them something new and reinvent. It takes all kinds of songs for your catalog to build. If you count Pistol Annies, for me, that’s 10 records now. And there’s a consistency within them all, but you can hear the sound evolving.

How did living in New York contribute to the different energy on Wildcard?
I think that there’s a different energy to [living there] that people can hear in this record. And certain songs, like “Fire Escape,” for instance, and “Dark Bars,” were really inspired by the city and the stories that surround you when you walk down the street there. You can be around thousands of people and still feel lonely, or at other times you can feel very loved, like the city embraces you. I think that’s something good for me to get a little more of that culture, because I’m such a small town girl. The place I can go hide is my farm, which is in the middle of nowhere, Tennessee, so New York is the opposite—the place that can get me out of my comfort zone. Out there, everybody’s kind of unaffected by fame. Except for the paparazzi, everybody’s doing their own thing, you know? It’s nice. It gives you freedom to disappear and just blend in.

How is writing with Pistol Annies different from your solo approach?
The Pistol Annies kind of developed on its own; it’s taken on its own life. There’s certain songs that we’ve all written that have gone on our individual albums that weren’t Annies songs, and showed themselves not to be. It’s its own animal, that’s why we started the band—the first time we were in a room together, we wrote a song. In a way, I’m more honest with the girls, ‘cause it’s coming from three of us, three of our stories, not just one, so I feel like we’re all a little bit more vulnerable, and willing to be.

You’ve said you’re in this for the long run. How would you describe that?
I don’t know. I think the idea starts with the fact that I don’t know what else I’d do. This is all I’ve ever done and all I’ve ever known as an adult. I’m always chasing the “building an empire” part of it, and the longevity of it, because I love it so much; it’s consumed my life. And my heroes that I look up to, Dolly Parton for instance—she’s constantly keeping the art alive, and reinventing, but is always still classic Dolly. That’s what I want to do; I want to sing ‘til I physically can’t sing anymore, ‘cause it’s in my bones.

I’d read that you had a rose named after you, but I wasn’t aware that it was connected to a nonprofit you run. Can you explain for people who might be unaware?
My mom and I started the MuttNation foundation in 2009 to help animal shelters with funding to improve their facilities. I’m from Tyler, Texas, and they’re famous for growing roses. So some growers came to me and my mom, and they thought it would be cool to have a rose in my name for the charity. A percentage of every purchase of the flower goes toward MuttNation. It’s awesome to have this, to be able to expand and make money for something so close to my heart. It’s been a really cool journey—we’ve raised around $4 million. It’s just a mom-and-pop charity that we’ve started, but it’s really grown.

You’ve had a pretty prolific past 10 years. What do you envision for the next to come?
I hope to keep making music that shows growth, become a stronger songwriter, and I think this decade will be about balance, too. My first 15 years in the business, I was pretty much all about having my nose to the grindstone, and I sacrificed a lot to get where I am now. I think the years ahead will be more about balance—between work and friends, professional life and family—because that’s what rejuvenates more than anything, is just getting to be a person for a while and not missing birthday parties, weddings and funerals. In my eyes, real success is more about feeling good about all facets of my life.