S Street between 7th and 8th looked deserted a day before the Second Saturday bustle, until a curious 1987 Chevy step van disguised as the “little black truck” with social media icons painted in white pulled into the Howard Skinner Art Gallery parking lot.

The driver straightened up with the help of her husband, pulling the vehicle into a shaded corner.

Clad in cute heels and a floral mini dress, Bridgette Maldonado jumped out of her Gypsy Mobile Boutique, ready to set up outside for the gallery’s Pop Up Shop preview night.

Gypsy is the first of its kind in Sacramento, but the concept isn’t new. Mobile restaurants, aka food trucks, have been parking along local streets for some time in Sacramento. But none of them looks like the inside of a Midtown girl’s closet, which is the shop owner’s inspiration.

In that department, Maldonado has the local market cornered, for now.

Following the food truck phenomenon, entrepreneurs and businesses across the country are putting their creative spins on mobile retail, a reaction borne from a shaky economy. Maldonado says she has seen everything from floral arrangements to men’s haircuts sold out of trailers and school buses in Los Angeles.

“I think Sacramento is ready for something like this,” she says with a wide smile while placing colorful, thin belts on a makeshift shelf below a line of spring dresses. “L.A. can’t have all the fun.”

The Sacramento native, jewelry designer, retail visual designer and mother of two little boys (and former flight attendant and NBA pro dancer) always wanted to add “boutique owner” to her list of accomplishments, but couldn’t quite grasp the right moment or the right corner space to make it happen.

Maldonado makes her own jewelry, working in leather and clay, so she started with an Etsy shop and hoped to expand to fashion through her site. But as Etsy became inundated with similar shops, a real world presence seemed a better option.

“I would get messages from customers for something tangible–‘how does it feel, how heavy is it’–and owning a store has always been a dream of mine. But then with this economy, and the overhead, well, this was just perfect,” she says with a sigh of relief, standing in the middle of her own shop.

There are drawbacks, as with any business. Maldonado has to deal with the elements and a lack of fitting rooms and restrooms, but these mid-May days in Midtown, as well as her stops in Roseville and along office-heavy downtown streets, are advantageous and out of the way of other boutiques.

“I’ve gone to Rancho Cordova, and I park where it’s all bought-up office buildings,” she says. “Women who are working and come out on their coffee break or lunch can spend some time shopping, since there is nothing else like it nearby.”

Looking at the success of big-name designers in cities like San Francisco, Maldonado says she thinks mobile retail in Sacramento is inevitable. 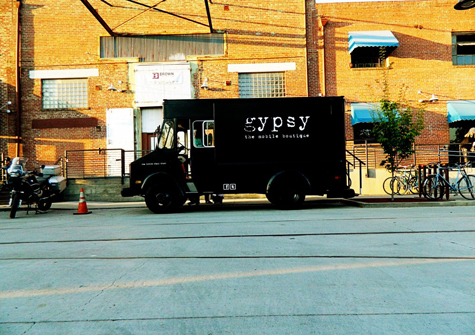 “Even in this economy, people still have the entrepreneurial spirit, and I’d welcome anyone who wants to go into this,” she says as more clothes magically appear out of hidden compartments inside the truck, lining the baby blue-painted interior. A small chandelier hangs from the truck ceiling, and the entire boutique scene comes together like a perfect date ensemble.

“It’s like food trucks. We wouldn’t have SactoMoFo [the Sacramento Mobile Food organization] if there was only one.”

Guests at the Howard Skinner Gallery, a little older than Maldonado’s target audience, stop by to ooh and ahh at the sight of maxis, minis, pastels and chunky jewelry hanging from the truck’s walls.

Pamela Skinner, along with four other organizers and designers, had invited Gypsy Mobile Boutique and food trucks to be part of the gallery’s first-ever Pop Up Shop, a similar idea to a mobile business, but leaning toward spontaneous art buying.

“The idea is ‘here today, gone tomorrow,’” Skinner says, noting the concept has popped up, like food trucks, in cities across the country and allows for artists who can’t afford a space, or don’t want to be tied down to one, to sell their work for a very limited time.

“Food trucks are very trendy right now, but pop up shops you only do a few times a year, so it’s the only time you can get what you see,” Skinner says. “People asked if we’re going to restock, and I thought it was funny. We’re not Macy’s or Walmart.”

For Maldonado, the concept is similar. She stocks what she can fit in her truck, usually one or two in each size. Once it’s gone, she looks for new items, trends and unique pieces as a way to keep things fresh for customers.

“I tell them they don’t need to wear the same thing as five other girls,” she says. “Plus, Midtown has its own unique style and I want to show that.” 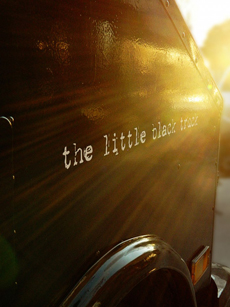 Maldonado has connected with other fashion trucks in the industry, and reached out to the West Coast Mobile Retail Association (WCMRA) that started last spring to unite shopkeepers through events, educate city officials and maintain a code of ethics to respect communities and brick and mortar stores.

“We heard from several brick-and-mortar businesses that they like the idea of a mobile business and have thought about starting a mobile business in conjunction to their brick and mortar business,” says Jeanine Romo, charter member of WCMRA and owner of Le Fashion Truck in L.A. This has been the case for local restaurants like Willie’s Burgers and Drewski’s Hot Rod Kitchen, an arm of the Republic sports bar and lounge.

“I believe that more entrepreneurs will be launching a mobile business opposed to a traditional brick-and-mortar,” Romo adds. “There are currently around 40 mobile retailers in the United States and [WCMRA] believes that number will keep growing. There will still, of course, be plenty of new brick-and-mortar businesses; however, with the popularity and low cost of being mobile, this seems to be a more attainable approach for someone going into business for themselves.”

According to WCMRA, up to $30,000 in capital is needed to start a mobile retail business, which includes the vehicle and the inventory. For the Maldonados, the cost was still more feasible than the risk of failing in a bad, permanent location.

“We considered everything from trailer to camper to a Winnebago to a school bus,” husband Marvin Maldonado says, stopping to answer his wife’s question of which dress should adorn the mannequin. “And then I get asked fashion questions too.”

It took them a few tries, but they found their truck in Pacifica, Calif. Marvin’s architecture and design company inForm designed the Gypsy caravan, gutting and renovating the vehicle to make it Bridgette-friendly and the best possible utilization of little space.

“It operates and functions just like a brick-and-mortar store but our money goes to gas and insurance instead of rent and utilities,” he says. “Plus, I can’t always be out at every event because I have my company and we have two kids, so everything has to be lightweight and dual function for her. Everything has to be thought out.”

Future upgrades still include air conditioning and, Marvin jokes, possibly chairs to put outside for husbands and boyfriends to lounge in while their significant others shop.

“I enjoy it… It’s her thing,” Marvin smiles. “I think we’re launching at the right time, and that was her goal. It’s one thing to get a truck, but it’s another to be on trend and know fashion.”

And his wife is still thinking big. Maldonado says she plans to buy another truck and sell men’s clothes, but that’s after she expands the accessory department of Gypsy. She still sells her own jewelry, as well as items like head wraps called Urban Turbans made by her sister.

It’s only been a month since Gypsy hit the streets, but Maldonado has met success at Second Saturdays, downtown Tuesday nights in Roseville and private shopping parties she hosts for customers. She’ll also be joining other designers, business owners and food trucks next month for GOOD: Street Food + Design, an open-air market to be held every first Sunday through November to increase traffic to the Del Paso Boulevard business corridor. 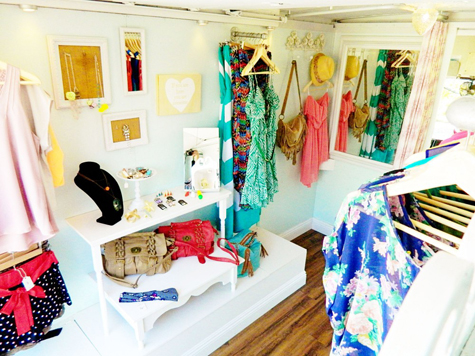