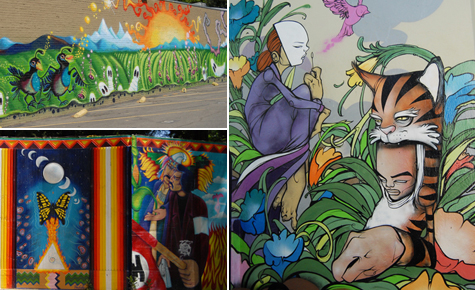 Whether you ride low, got a Dyno with black mags, test your guts on a fixie or cruise casual, if you’ve got a bike and love art, we’ve got an afternoon activity with you in mind. In celebration of May Is Bike Month, Submerge rode through Midtown mapping out a mural tour with eight points of interest. It should be noted this is not a comprehensive listing of Midtown murals, as we could send you down J Street or through seedy alleys on a dangerous mission to enjoy art. Our mural tour is a list of staff favorites that can be viewed safely as you happen to cruise past local businesses we frequent. Please ride carefully, stay hydrated and respect Omri Casspi’s handsome face.

A fairly solid launch point to cruise past the history of Sacramento and some psychedelic butterflies of Laserium, then hang a sharp right before Macy’s to pass the parking garage as it transitions into Metamorphosis by Centro de Artistas Chicanos.

T Street / between 6th & 7th streets
Built in 1934, the Amphitheatre rests on the north side of the park and won’t look like much upon pulling up, but pedal around to the stage and bask in the Chicano-centric art by members of the Royal Chicano Air Force. It’s a great place to rest in the grass or on the stage and hydrate if needed.

915 S Street / between 9th & 10th streets
Painted in 2005 by Stephanie Taylor, the mural on the eastern wall of Beer’s depicts the grandfather of California literature Jack London along with several quotes from the author. Explore Sacramento’s history even further by perusing the stacks of local publications, or just stop in to pet Raffle the bookstore’s furball mascot. 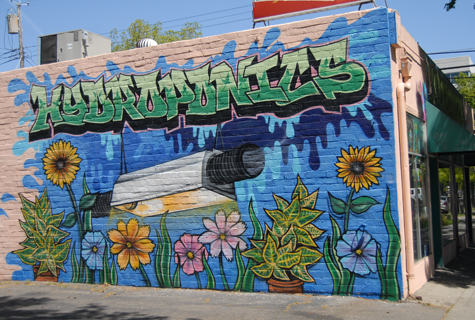 1918 16th Street / between T & S streets
Bikes on 16th require self-assured riding, so if you have the chops for it, make a stop at Constantly Growing on 16th between S and T streets. The graffiti burner is well crafted and wraps around the establishment. 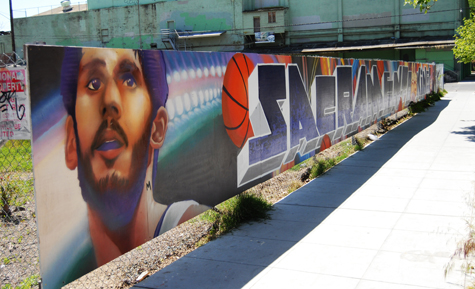 16th Street / between Q & R streets
Painted by Anthony Padilla, the Kings mural might be a bit dated given a few trades, but it’s always nice to cruise by either with hope for another year, to catch a glimpse for the last time ever or just to check on Omri Casspi’s face. Be sure to check out the biker friendly schwag and appetizers at Hot Italian across from Fremont Park.

between 167h & 18th streets
The tremendous 200-foot mural painted in 2009 by John Stuart Berger and Dolan Forcier means you are halfway finished, but given its length, taking it all in will slow you down. The good news: Old Soul Coffee Shop rests in the alley to caffeinate for the remaining trek.

Corner of N & 24th streets
Be mindful of pulling up to the American Market mural by Shaun Turner and Dan Osterhoff. The gorgeous woman stoically watching over the corner of 24th and N is liable to cause accidents. Oh, there’s a peacock too.

Bon Air Deli & Market and First Edition Murals
Corner of J & 26th streets
The corner of 26th and J is an active one for artists. Within a stone’s throw of one another is the graffiti mural by Sam Flores on the side of First Edition, formerly Upper Playground, the mural on the northeast corner of Bon Air Deli by Joshua Silveira and Gabriel Romo and University Art supply store should you be inspired to create your own. 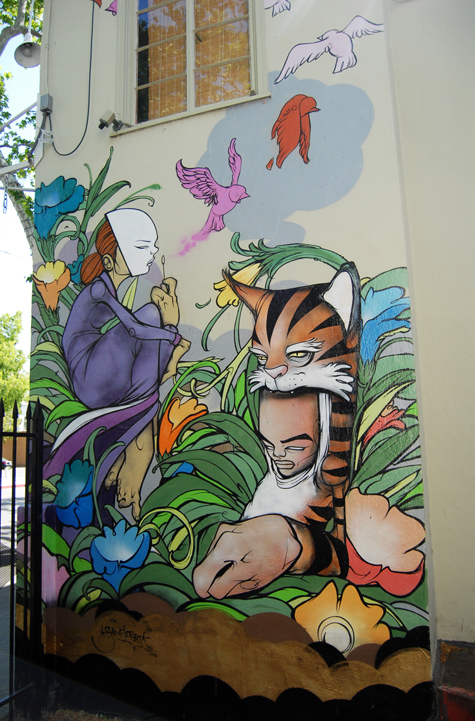