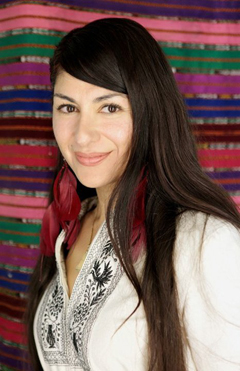 Here’s a feel-good local story for you: Just last week Estella Sanchez of Sacramento arts/culture/activism non-profit Sol Collective (2574 21 Street) won $10,000 for youth music programs through a national online contest put on by Siempre Mujer (Always a Woman) magazine. The contest was called “Mujeres Que Inspiran,” or Women Who Inspire, and was sponsored by Pantene and Cover Girl. Contestants were nominated and five women were chosen as finalists. It went up for voting via Facebook from there. “I feel really humbled I won,” Sanchez told Submerge. “All the finalists are doing amazing work in their communities. I’m really grateful that so many people were spreading the word on Facebook and getting excited during the contest!”

The money will go toward youth music programs and studio equipment for youth music production classes. Sanchez said that Sol Collective’s music program has not had a funding source so they decided early on that if they won, they would use the funds to support it. Andrew Bell, also of Sol Collective, expands upon some of the classes that will benefit from the winnings: “During the week, Anand Parmar (World Hood’s El Indio) works recording Sacramento youth ages 14 to 21 as well as mentoring in beat production, engineering, mixing, mastering, etc. Basically, the youth run the recording sessions. It’s awesome. Youth rappers teamed with youths making the beats and running the boards.”

Sounds extremely dope to us! Submerge applauds Sol’s effort to get the Sacramento youth started in music at a young age.

“It’s exciting to have some funds to invest and there are a lot of ways we would like to expand,” Sanchez said. “It will be fun to meet with the crew and see how far we can stretch our budget!” Keep an eye out at Solcollective.org or search for Sol Collective on Facebook, as they will be announcing a celebration/appreciation party very soon.

“More than anything, the Sol Collective crew feels good that our community supports and values what we do,” Sanchez said. “It’s a great way to start a new year!”