When it comes to running a small business, the odds are stacked against you. It’s sad, but true. According to the U.S. Small Business Administration, only about half of all new establishments survive five years or more, and only about one-third survive 10 years or more. This, in part, is what makes local retailer Getta Clue’s 20-plus year run so impressive. Locals Scott Gilbert and Justin Bilbao first opened their hip, fashion-forward men’s streetwear store in 1992 on Broadway and after a few years there, as well as a couple-year stint on K Street, they eventually settled into the Downtown Plaza. That’s where Getta Clue stayed, quite successfully, for a long time—17 years to be exact. That is until this month, when Gilbert, Bilbao and their longtime general manager Maia Friedman decided to ditch the Plaza (which in case you’ve been living under a rock is where the Kings are building their new arena) to move into Midtown’s popular and highly sought-after MARRS Building (MARRS stands for “Midtown Art Retail Restaurant Scene”), home to happening spots like LowBrau Bierhall, Block Butcher Bar, Sac Comedy Spot and more.

“It’s a hard move in the sense that we had a great run at Downtown Plaza and we were very successful down there,” Gilbert recently told Submerge in an interview. “But the time was right for us to change and we’ve had our eye on Midtown for a long time and we love the vibe of what’s going on, especially right here on the block, which to us feels sort of like the heart of Midtown. So when the opportunity came up, we were eager to jump on it.”

Getta Clue’s newest incarnation in the MARRS Building is approximately 2,200 square feet, and when Submerge visited last week, it already felt like it had been there forever. “Yeah, we’ve moved a couple times,” joked Bilbao when talking about how quickly they got the new shop set up. “This was actually a nice long journey of three whole days to set up instead of 24 hours!”

He isn’t kidding when he says they’ve moved a lot, and not just the Getta Clue store either, as Bilbao and Gilbert also own Goodstock Boutique, a men’s and women’s clothing store that was first started in 2009 at Howe Bout Arden before moving into the Downtown Plaza right next to Getta Clue’s old spot, but is now located at Arden Fair Mall (are you keeping up?).

Set aside the shuffling of locations over the years and one thing remains: This team knows their fashion and is constantly stocking some of the hottest gear and brands on the market. Getta Clue carries goods from popular international streetwear brands like Obey, HUF and Publish, as well as gear from locally based companies like Official (who even has a one-of-a-kind “Shop-N-Shop” set up in the back corner of Getta Clue), Timeless Thrills and others. They also stock a ton of sneakers from companies like Nike and Vans. If you’re a guy in Sacramento and want to look fly, there is no better place to turn than Getta Clue!

Submerge recently chopped it up with Gilbert, Bilbao and Friedman about their move into Midtown, how Sacramento’s sense of fashion has grown over the years and how music and art influence the fashion and retail worlds.

What is it about this area of Midtown, specifically the MARRS Building, that drew you guys in?
Maia Friedman: The MARRS Building drew us in by the diverse mix of art, music and food. These areas have always been great and have continued to grow for a better Midtown. That’s why we wanted to add retail to the mix.

Over the years you guys must have seen it all when it comes to different trends coming and going. A lot has changed right?
Justin Bilbao: Yeah. When we started back in ‘92 it was kind of actually where it is now. A lot of independent, smaller, streetwear brands. Real hip, skate oriented, a lot of people pushing the envelope in their style and in what they were putting out there. Then it kind of grew over the years and then it became corporate and big. Then it got real hip-hop based for a long time and then it kind of switched back, then hip-hop itself kind of went back down to street and skate. We kind of ride the trends of who is doing what, but at the same time kind of put things in front of people that they haven’t seen before. So trying to play both sides. But it’s funny, it’s actually coming full circle and now the small companies over the last six years have become bigger, larger companies, like Diamond and Huf. Now there’s a new crop of smaller companies that are growing and starting to show some relevance. Then we do a lot of support of local companies and brands like Official and Lurk Hard. Timeless Thrills is coming up, Higher Moons is a local kid doing stuff, so there’s a lot of new brands that are starting to come up out of the woodwork which is great because it makes it fun for us to give them a place to show their stuff.
Scott Gilbert: In order to stay relevant, especially in the fashion business, you have to be good at reinventing yourself. It really is second nature to us just because we eat, drink, sleep, live and breathe this. So it just kind of comes naturally to us to reinvent ourselves because we’re just part of the fabric of what’s happening. If you’re not able to reinvent yourself and get stuck in a rut, that’s when you get into trouble as a business.

What are some of your favorite (and least favorite) styles and trends that you’ve encountered while working so many years in the fashion business?
MF: My least favorite trend of all these years (and I am so happy its gone), is the 3X tee on the size Large male. I have encountered so many styles and trends over the years. I would have to say some of my favorite would include: Americana, workwear, unique colorways of sneakers, mixing and matching prints and simply using your own individual style and making it your own.

How do you feel that Sacramento’s sense of fashion stacks up against other big cities that you guys have visited?
JB: It’s grown exponentially in the last five years; it’s been huge. With the Internet that obviously gave everyone an opportunity to see a lot more things, but especially Sacramento in the last couple years, I mean, their style has gotten great! They’re grasping onto independent designers and trying new things, mixing old and new, taking all sorts of styles and kind of blending them, so it’s cool. Sacramento has definitely evolved a lot!
SG: I think there’s a wider customer base here that travels more, and a lot of people who have moved from other areas, bigger cities like San Francisco, New York, Los Angeles. They bring the style from there to here and that’s a big compliment to Sacramento that people are choosing to come and reside here. I think the city is finally being taken over by a younger generation of entrepreneurs in the restaurant business, the bar business, the fashion business. These are all very fashion savvy people. I think Sacramento is finally starting to see the result of that. So we’ve seen that customer base grow, especially like Justin said over the last five or so years.

Things like music and art, as well as different facets of sports, like skateboarding and even mainstream sports like basketball, seem to play a huge factor in the fashion/retail world. How do you guys embrace and incorporate these things into your stores?
JB: Skateboarding has always been part of our DNA. We’ve carried skate since day one. That’s always been a part of what we are and it obviously is an integral part of the whole streetwear culture in general. It plays a heavy part in all of it. Then as far as music and stuff like that, we’ve been heavily influenced by everything. It’s great, the scenes that have evolved, from the electronic music scene that we’ve always been pretty involved with, to the local hip-hop scenes, all of those things have always played a heavy dynamic of who and what we are. The artists that we know, the DJs that are our friends that come and spin, different artists that come and do signings, both local and ones that are from L.A. or New York or whatever that are coming through. We are the hub. When they come to town, they’ll come through to see us.
SG: When we first opened Getta Clue there wasn’t even the term streetwear or anything like that, it wasn’t even a term. A lot of the stuff that we stocked was just skate stuff. Back then it was a lot of record label product too, like we sold Def Jam T-shirts and jackets, we sold Nervous Records. So anything kind of creative. Then the art side of that was the street art that we supported back then, it was still even more underground than it is now, there wasn’t any Banksys or anyone like that.

It’s been said before, but music, art, fashion, they all go hand in hand.
SG: It’s just part of our generation. People want street art and that has evolved and as we’ve gotten older you’ve seen like the successes of the Shepard Faireys and the Banksys and stuff like that. The music has obviously evolved and heavily influenced the fashion. So those things, art, music, fashion, skating, everything is just kind of like all part of the same big old stew.

What are some brands and/or products that you guys are hyped on right now? Any predictions for what 2015 and beyond will hold for brands and retailers?
MF: Super hyped on all the retro runners that are coming out. Basics and classics that include Vans, Nike Retro and denim. Predictions: Cleaner lines, simpler style and easy to wear pieces that can go from day-to-night. Also, socks will continue to grow as a whole.
JB: It’s a lot of local and small, then at the same time we do a lot of business with Nike. We do a lot in the footwear and sneaker business, men’s and women’s. A lot of the retro stuff is coming in. Fashion styling-wise there is a lot of marriage between real traditional classic Americana and sports wear now. So you’re seeing a lot of like tech fabrics and technical pieces being integrated into classic stylings. So you’re going to find different things like oxford shirts but they’re going to be wicking and things like that. As far as brands, we still do a lot with Obey and Publish. Official obviously is a big thing that we should mention with their “Shop-N-Shop” here. This is a first of its kind, I think. Their product will be rotating constantly, limited production stuff, collab stuff, all of their team skaters will come through. A really cool integration of those kinds of styles is happening right now. Herschel bags are huge; accessories in general are just a huge market. We do a lot with Huf socks, with Huf in general as a whole brand, but their socks are a thing unto themselves.

That’s interesting to hear about the blending of sporty gear with classic wear!
JB: You’ll see that marriage start to happen more over the next year or so. You’ll see a lot of that kind of stuff. But we’re still just really good at basics, too, like simple clean old school Vans and clean denim.

Stuff that never goes out of style, right?
JB: Yeah! And just simple T-shirts, simple jackets and real clean basics. It’s those things all together that we try to do. 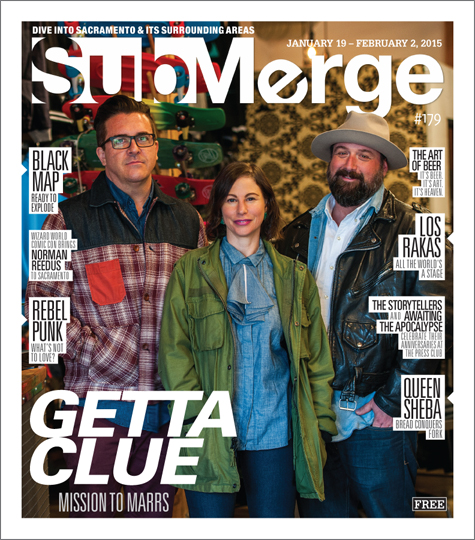