Words by Michaela Pommells
Photo above by Nick Avey

If you haven’t been a part of it, you may not know Sacramento’s fashion scene is as alive as it is. It reaches far beyond the chic boutiques on the Midtown grid. A dynamic class of needle and thread craftsmen make up a strong community of local designers. Yet, while they wipe sweat from their brow in the name of fashion, they can sometimes be overshadowed by the stigma of working in a smaller city.

The truth is Sacramento is home to artistic talent defined by relentless creativity and eccentricity. Here to relinquish the unaware from what some may perceive as local fashion doldrums are three capital city designers. Here are their insights on the local fashion scene and how they plan to breathe life into it.

Trisha Rhomberg is part of the local fashion scene’s legacy and future. Originally from St. Louis, she has developed strong roots in Sacramento. A self-taught seamstress, she began creating and selling her garments out of recycled materials while a studio art student at Sac State. In 2003 her clothing line, Pretty Trashy, was birthed in a downtown garage. She began selling Pretty Trashy at Olipom, a Midtown boutique owned by Olivia Coelho. Five years later, Rhomberg co-owns popular vintage boutique “Bows and Arrows” with Coelho and sells Pretty Trashy in over a dozen stores across the country and one in London.

She describes the current conditions as “Slowly rumbling…small tremors before the quake. Lots of talent [with] little things happening.” You’ll find no disillusionment in her voice as she describes what needs to happen to stimulate the local crowds.

“We need bigger venues to get involved, enough talent to fill a theater, enough support to fill the seats,” Rhomberg says. “Shows need more respectable stages. We have to reach out to the people who may not seem to know or care what’s going on in the little Sac fashion world and take a chance. You have to go after what you want. I’ll go get them. I’m going to find a bigger prettier stage to display our works of art.”

Incorporating a plethora of local artists to infuse their talents in the streets of Sacramento looks to be Rhomberg’s mission. She has linked with other local artists such as Lacadia Olson of Cuffs Urban Apparel and Deeda Salon, among others. She’s participated in innumerable local fashion shows with more in the works. She’s a likely candidate to lead the budding fashion scene in Sacramento. 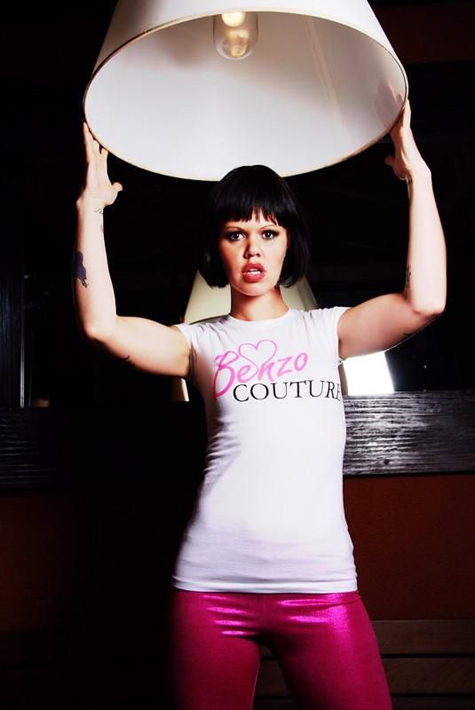 To help further the crusade is Mercedes Ben, owner and designer of Benzo Couture. She officially began her fashion career two years ago. An apparel design student at Sac State, her ambition stretches far beyond the city limits.

Ben’s short presence on the local front doesn’t come with little experience. She’s lived in a handful of major cities before coming to Sacramento. She speaks of her time spent in New York, Los Angeles and Denver as the force behind many of her creations. The relationships she has formed through her travels allow her to display her art to many audiences. She will be showing her work with Betsy Johnson in an upcoming show in Denver.

Ben has seen a lot of change since hitting town. She watches with a close eye as more local designers emerge, striking interest with local boutiques and residents. She sees fashion events getting more crowded and respected. Ben’s sentiments are not unlike Rhomberg’s. Ben believes local designers can form a more unified front.

“I believe people love seeing the shows but there is still a lot of work that Sacramento and our small design community has to do to ever get it to the level of much larger cities,” Ben says.

Benzo has her sights set high. Her enthusiasm is seen in her efforts to expand as an international brand with results benefiting Sacramento.

“I will always show in Sacramento, but in order to put Sacramento on the fashion map, the rest of the world has to be exposed to the talent that is here,” she says. 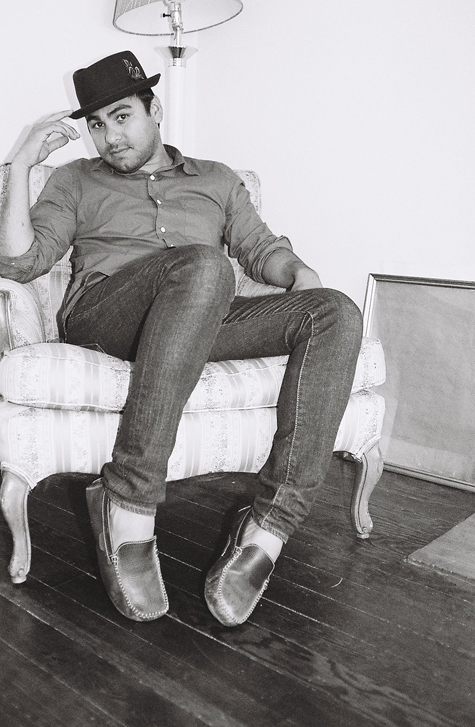 Whenever an industry is in need of change, hope often lies in its youth — not youth represented by a numerical digit but instead the kind that’s refreshing, unpretentious and optimistic. That is precisely what you will find in Jesus Medrano. He sees so much potential in Sacramento’s future he refuses the notion that it’s at all dull.

“I see Sac as the next L.A. or San Francisco,” he claims. “Soon designers from out of town will want to come here. All it needs is everyone to believe in it. It can be achieved we just have to change a few things. And I feel it’s happening already.”

Born in Mexico, Medrano comes to Sacramento from Los Angeles. His love for fashion was developed as a youngster by watching his trendsetting sister. He equates much of the slow-moving fashion scene to a lack of designers appreciating its art form. He wants local designers to get the communities feet wet with innovative shows and practical designs.

“Let’s not scare everyone with crazy fashions, let’s give them stylish wearable garments,” Medrano explains. “I think some Sacramento designers are pushing people’s interest away with things that they might not understand yet. I feel that if we want Sacramento to become addicted to fabulous fashions we have to give it to them in small doses.” Medrano realizes a hunger for fashion around town and has every intention of harvesting his fashion career in Sacramento.

Sacramento’s fashion scene undoubtedly has a steady pulse. Yet, so much talent lurks in the city’s streets waiting to be uncovered. An alliance between artists, local business owners and community members appears vital. These designers each have the potential to be Sacramento’s white knights. Those of us waiting for everyone else to get on board will have to put our faith in their hands.