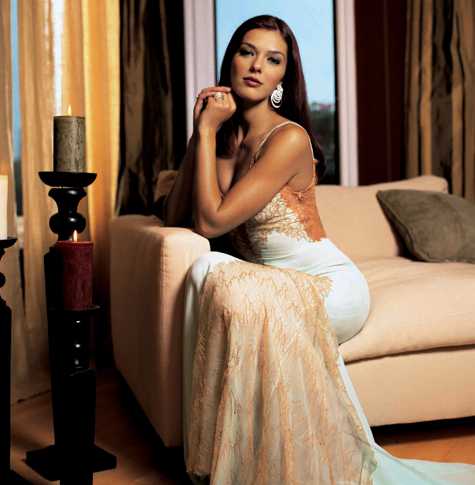 Marijuana laws in the U.S. are pretty confusing—some would say downright stupid. The situation is even more sticky (no pun intended) here in California. Though it is legal for prescribed patients to use and cultivate marijuana under California state law (thanks to voter-approved Prop. 215 passed in 1996), it’s still illegal in the eyes of the federal government, leading to the butting of heads between state and national officials, with innocent people caught in the crossfire. On May 22 in Sacramento, however, the Assembly Appropriations Committee passed AB 2743 by a vote of 9-7. The bill, authored by Assemblywoman Lori SaldaÃƒÂ±a (D-San Diego) aims to protect the integrity of Prop. 215. If the bill were to become law, it would make it the policy of state and local police not to cooperate with federal drug hounds in raids on those who are purchasing and providing marijuana in a state-legal manner. You’re probably still fucked if you’re buying that shit at your local playground, though.

If marijuana policy is your thing (and even if it’s not), June 12 will be a good chance to celebrate this most recent legislative victory. The Marijuana Policy Project (MPP)—an organization founded in 1995 that strives to change U.S. marijuana laws—is throwing their third annual fundraiser party at the Playboy Mansion in L.A., and the event is open to the public. Hosting will be Adrianne Curry, the controversial reality television star of programs such as America’s Next Top Model (she was the first winner), The Surreal Life, My Fair Brady and others that you probably lie to your friends about watching. Notoriously outspoken, Curry shared with Submerge her thoughts on marijuana laws and the upcoming event while visiting family in Chicago.

I wanted to talk about the MPP event over at the Playboy Mansion. How did you get involved with the organization?
I think it’s really messed up that we would deny anybody [access to medical marijuana]—especially someone with cancer. My mother’s best friend, who’s like my second mom, is battling stage four cancer right now. I see how much pain those people are going through, and it’s like, why are we going to deny them anything? They’re not going to live, so why can’t we make them comfortable? It just doesn’t make sense to me.

Everyone says marijuana is the gateway drug. I disagree. That would’ve been cigarettes for me. I wouldn’t have drank or smoked or done anything had I not started smoking. I prefer it over drinking or anything else. I think [marijuana] is a lot safer. I would rather have a guy drive a school bus a little stoned over being wasted—not that anyone should drive stoned, but if you catch my drift.

How do you feel about the commercials used to steer kids clear of drug use? There’s this one commercial with kids who are obviously stoned, driving a car, and they hit a kid on a bike while exiting a drive-thru.
First off, that’s stupid. Secondly no one should use anything—NyQuil, Benadryl, anything—and drive. It’s just not the smart thing to do.

The propaganda that this government is using against marijuana when there’s stuff out there like heroin, which I was addicted to along with cocaine”¦ Where are the ads that are telling people to not do these? I don’t see them. But we’ll show someone hit a child because he smoked a joint in a drive-thru. What the fuck?

Do you think, given your past history with drugs, does that make you more aware of the dangers of what’s out there?
Yeah, because of my excessive drug use in my past, I’ve been able to discern what’s the real drug and what isn’t. Cigarettes? My God. It took me forever to quit. I gained 15 pounds. It almost ruined my life. That’s a drug. Alcohol? Same thing. Coke? Same thing. Heroin? Same thing. I can quit pot whenever I want. I’ll go six or eight months and not smoke it for no reason other than I just don’t feel like it. That’s not a drug. Everything affects people differently. Some people are allergic to pot, and they shouldn’t do it. Some people are allergic to raisins, and they shouldn’t eat those either.

Do you think drugs’ being illegal fosters irresponsible drug use?
Well, not just that. It being illegal causes projects with drug people walking around selling weed. It makes people who need it, who have cancer, who would rather not go out to the bar and drive and would rather sit at home and get stoned at the end of the day, it makes them go to dangerous lengths to pick shit up. It’s like really? This is what we’re going to do. It doesn’t make sense, in the greatest country in the world, as we love to claim. I would just like to see us start acting like it. I don’t like going to other countries and see that they have figured stuff out before we have.
You know, I don’t like prostitution. Do you think I want to know that my husband has a readily available clientele of prostitutes anywhere he goes? But he has them anyway, even if it’s illegal. Might as well legalize that too, that way it’s safer and people don’t get diseases or get murdered by Green River Killers. It’s ridiculous. We make things harder for ourselves, because secretly, I think our government doesn’t fucking care about us.

You’ve been in Playboy magazine before, and I’m sure you’ve been to a few parties at the mansion. How does the MPP event compare to what normally goes on there?
There’s a lot less”¦uh”¦fuss [laughs]. There are a lot of women who respect themselves. But they’re still hot. You don’t see people doing some of the things you’d see at the mansion. It’s a little more calm. People are a lot less fucked up, because there’s a lot less drinking, and there’s a lot more deep conversation going on [laughs]. It is awesome, and it’s still a lot of fun. You’ll see a lot of hot chicks and you’ll see a few wild and crazy things. I think because the alcohol intake is a lot less, that people are on much better behavior. I’m going to guess that they have to clean up after the stoners a lot less than they do after the drunks.