An American in Havana: Now’s your chance to explore Cuba, before everyone else does 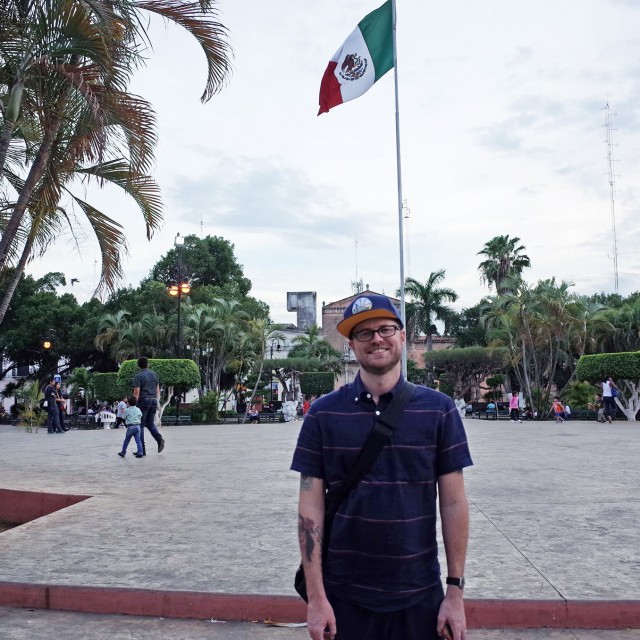 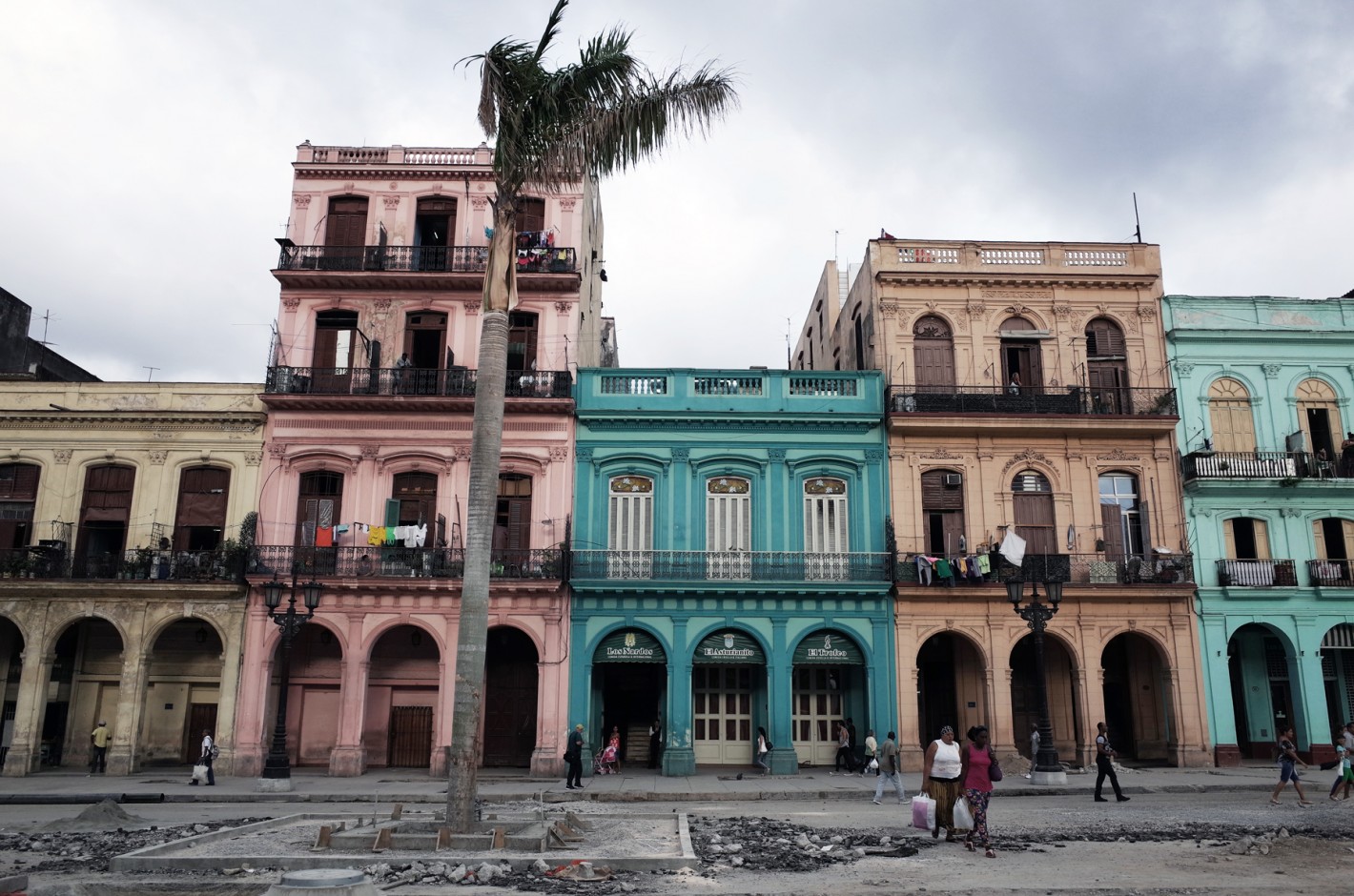 All photos by Brian Brophy

When I told friends and family that I was going to Cuba, I often heard that they were glad that I was getting there “before it’s too late.” Part of me felt that way too. With the thawing of U.S. and Cuban relations, the onslaught of American tourists and creeping capitalism will undoubtedly alter the character of Havana, bringing with it a whole new wave of problems.

But, the obnoxious tourists are already there. They’re just Europeans. And, God as my witness, they already sell Pringles in the airport. Change is happening, and American tourism will bring greatly needed cash to an extremely poor country, improving infrastructure and the daily lives of Cubans. The streets will be smoother, public transit will be more convenient and, hopefully, dissidents will no longer be imprisoned for opposing government policies. 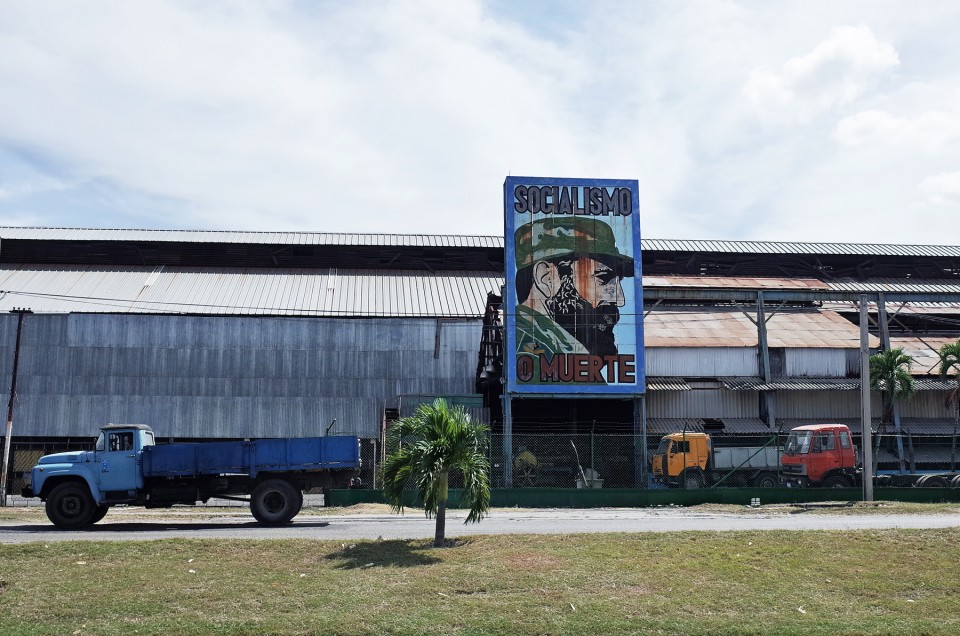 Cuba is known for its cars, the pre-revolution “Chebis” kept together with meticulous care and sometimes lawnmower parts, that loudly roam the streets. So, of course, upon arrival we hopped into a classic 2015, leather-interior Hyundai to take us from the airport to our hotel, which had all the charm you’d expect from communist accommodations: pitch dark hallways, a sink that flooded the bathroom floor every time it was used and an aromatic headboard that required us to sleep with our heads at the foot of the bed. Still, no real complaints. The staff, while not providing the ultra-accommodating hospitality you find in the United States, was nice enough and would get you a taxi when needed. The room had a view of the Caribbean. The bar had ice cold Bucanero, the strong Cuban beer that you can find along with the lager, Cristal, at every bar and restaurant in Havana.

But you don’t go to Havana to hang out in a hotel room, you go to explore the city. Much of that exploring will be done with the assistance of taxi drivers who will offer to take you to a restaurant, get you a cigar or show you the “Buena Vista Social Club.” All of these offers are scams of some sort, so unless you want to pay exponentially inflated prices for dinner, a cigar or to see music, decline the offers. The drivers will also try to overcharge you for your ride, so agree to a price before you get into the car. 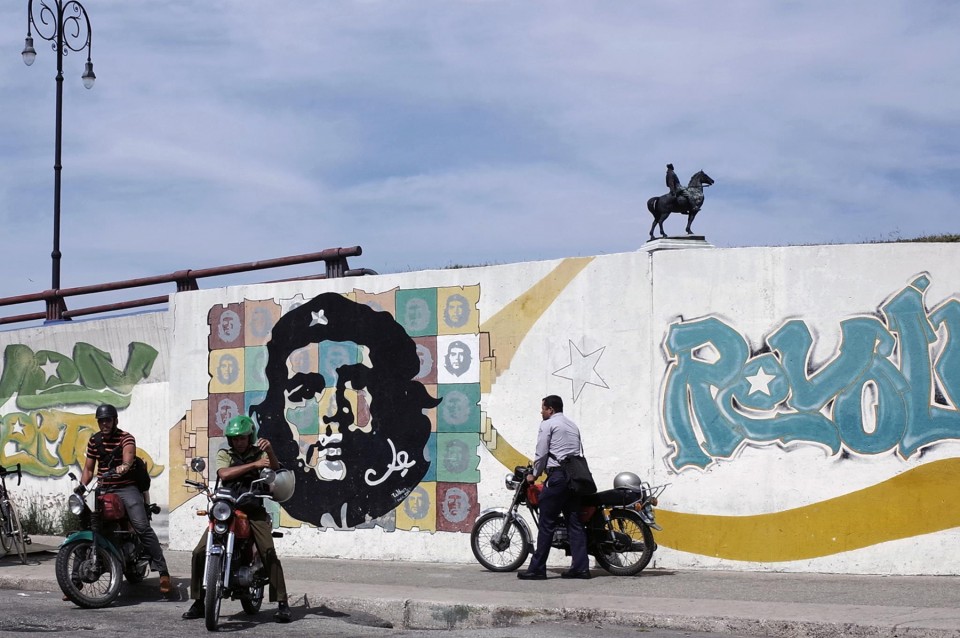 Jineteros (hustlers) are everywhere in Havana, but especially in Old Havana, where they chat you up with a smile in charming fashion before trying to extract money out of you. Generally a “no, gracias” or two or three will suffice. But before you start thinking the art of the scam is a Cuban or communist trait, don’t forget the time you paid $150 to Verizon for the pleasure of canceling your contract.

Speaking decent Spanish is a huge plus as a tourist. While most Cubans are multilingual, many learned Russian (which makes sense as the Soviet Union kept the Cuban economy afloat for decades) or other languages instead of English in school. Cuban Spanish sounds far different than other Latin American countries, with the strong accent and the dropping of “s” from the ends of words. It takes a day or two to get used to if you’ve never spoken or heard much Cuban Spanish.

In addition to putting their mark on language, Habaneros put a twist on clothing. I’ve never seen such a consistently stylish population. From the classic Cuban style of the ‘50s to looks inspired by hip-hop, punk rock and Latin American culture, even people waiting for the bus at noon look like they are about to hit the club. More than one guy tried to convince me to trade (or give) him my Warriors cap, the wearing of which also resulted in many people yelling, “Steph Curry!” at me. 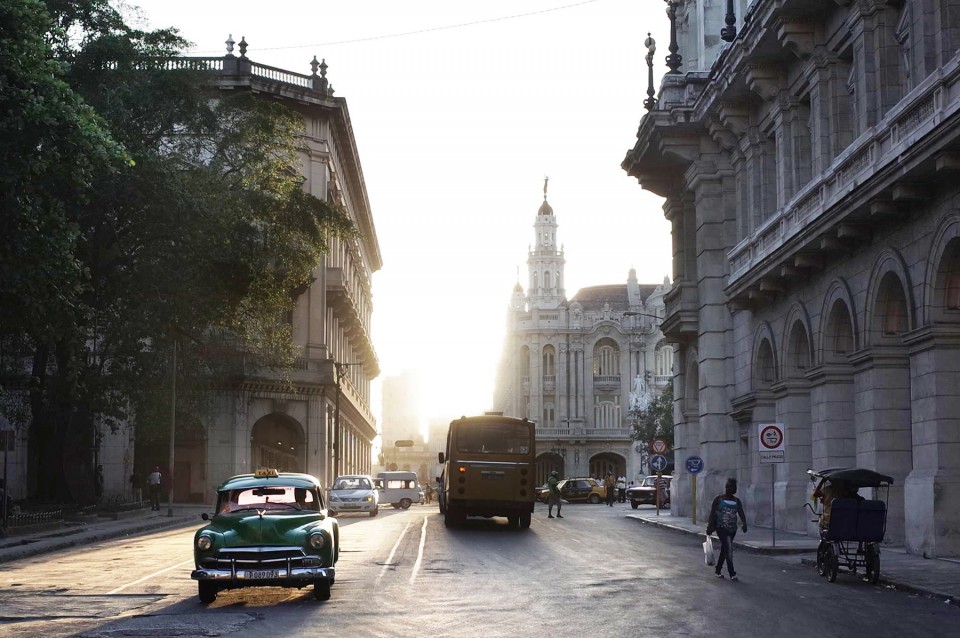 One cab driver told me he knew about the Warriors because he has cable at his house. He pays $30 a month, which is about the monthly salary of a state worker in Cuba. A couple of good cab rides will cover that cost for him. Many others stay current on U.S. culture through the Internet, or more often, the “Weekly Packet,” an unsanctioned, digital magazine of up to one terabyte of Internet content downloaded onto flash drives with music, movies and TV shows from the States.

As soon as people learned we were from the United States, the first thing out of their mouths was “Obama!” who was arriving a few days after our trip. People were excited about the coming changes and wanted to talk about where we’re from. A few spoke somewhat openly about the challenges they face in Cuba, with one man telling me, “Havana is great for tourists, but not so much for the Cubans.” As the president who has finally began to dismantle the pointless embargo, some day there will be a statue of Obama in Havana to go along with the current monuments to Martin Luther King and Abraham Lincoln.

Havana is filled with hundreds of years of rich history, from Morro Castle to the Museum of the Revolution to the surreal statue of Cuban national hero José Martí holding Elián González, the boy at the heart of a 2000 custody battle between his relatives in the United States and his father in Cuba.

A definite spot to hit for a mojito is the backyard of the Hotel Nacional, which has hosted guests like Winston Churchill, Frank Sinatra and Marlon Brando, and features music and a view of the Malecon, the seawall known for being the spot where young Cubans go to kick it at night. 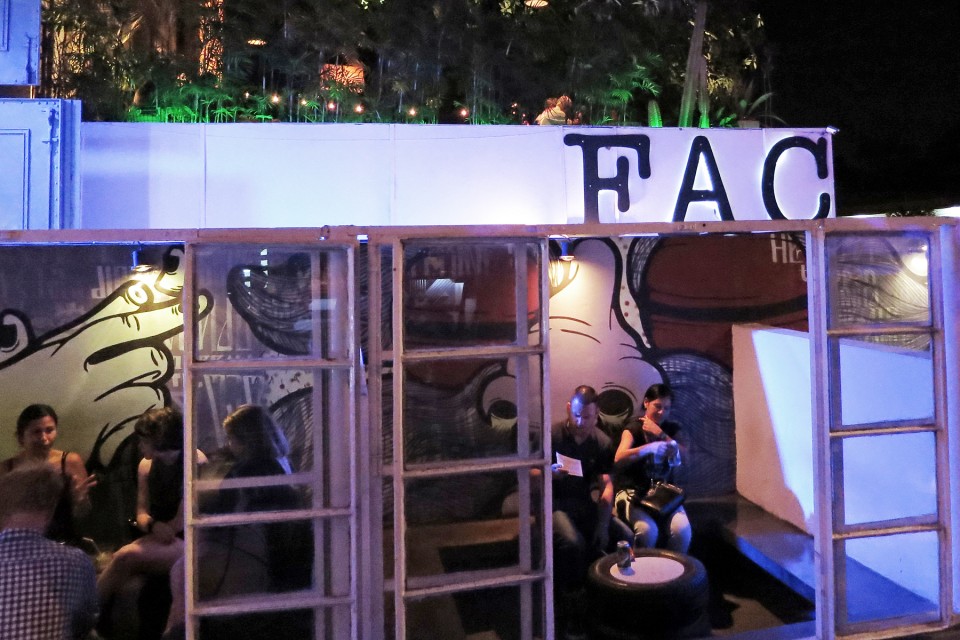 For a fully state-sanctioned look at art, head to the Cuban section of the Museo Nacional de Bellas Artes, a museum featuring paintings and sculptures from the 17th Century to today, including incredible day-glo work from the ‘70s. Just a block away from the museum is the Museo de la Revolucion, which tells the story of the revolution from the Cuban side of things, is heavy on Che Guevara memorabilia and is housed in the palace used by overthrown dictator Fulgencio Batista. The rebel bullet holes are still visible in the entrance.

Famous bars like La Bodeguita del Medio and Hemingway haunt El Floridita are worth poking your head into, but crammed with tourists. For current Havana culture, go to Fábrica de Arte Cubano (F.A.C), an insanely rad music venue and art gallery. F.A.C. is located in the Vedado neighborhood, a young, hip area that is a good break from the bustle of Old Havana. Housed in a former olive oil factory, the multi-floor club features dozens of rooms with an eclectic mix of music (on the night we went, there was hip-hop, a world-renowned choral group and an electro/cuban band playing live on an outdoor stage). The art on display featured contemporary paintings, one of which envisioned a U.S.-influenced, dystopian Havana as a Caribbean Las Vegas.

Havana is beautiful, busy, difficult and magical. And while it’s going to change, I’m excited to see what the increasing freedom will mean for the arts, for Cuban music and for the people. 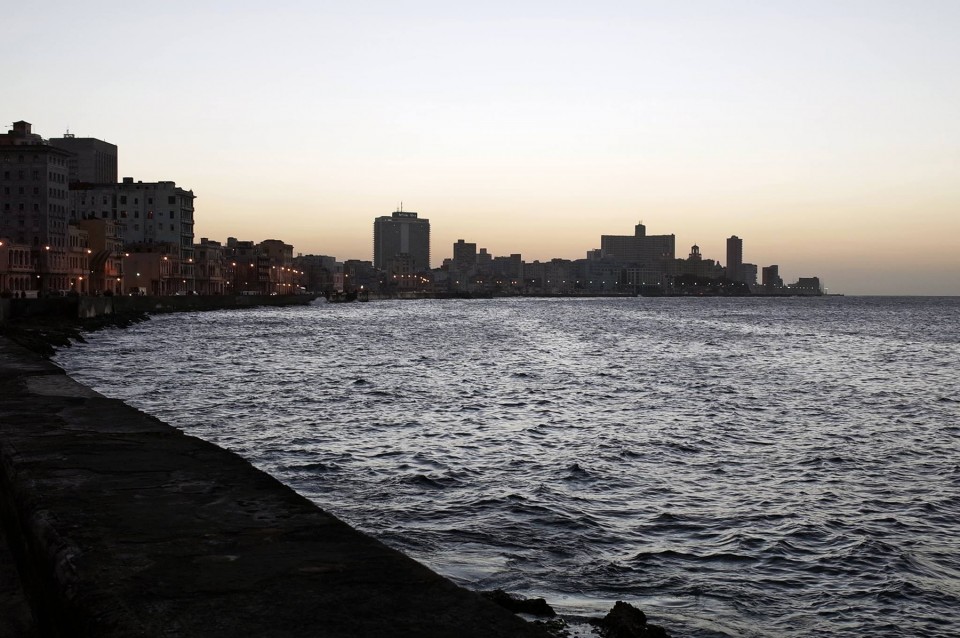 Can you go there as a US citizen?

Yes. While your visit still needs to fall within one of 12 approved categories, you no longer have to get pre-approval from the U.S. government. There are tour groups you can take part of if you’re into paying triple for everything, or you can go on your own, either by flying through Mexico or, soon, on direct flights from the United States.

Plan on reserving your hotel or casa particular months in advance. In early December, we attempted to book hotels for March and found almost everything entirely booked, which is why we ended up in an Eastern bloc hotel several miles from downtown. With some luck, the last three days of our trip we stayed in an incredible apartment in Old Havana.

Say goodbye to the Internet.

There is wifi in Cuba, but it’s limited mainly to hotels and a few other spots around town. You need to buy an ETECSA card, which cost around $5 for an hour of access. These can be bought at the bigger hotels. Staff might tell you the cards are only available to guests, but with the proper use of puppy dog eyes, they will sell you one. The most convenient spot for checking Internet is the lobby of the Hotel Parque Central, which has all the comforts you’d expect from a luxury hotel. Being freed from the Internet for a few days felt good.

Without Internet, you need to have a plan of action before you get to Havana. Read up on the restaurants. Download an offline map of the city. Bring an up-to-date guide book and mark the spots that you want to visit on the map. Print out your flight information, tickets and hotel reservations before you go. Make a copy of your passport.

Cuban food still gets a bad rap, but there are lots of options for high quality private restaurants (paladares), many of which are run out of people’s homes. It is best to make reservations and remember that if you get there later in the evening, they may have run out of some dishes. The two biggest challenges are finding spots for breakfast and stores that sell snacks. If you come across a store with snacks, load up and keep some at your hotel.

This may change soon, but you still can’t use ATMs with American debit cards, so make sure you take enough cash to get you through your entire trip. You do not want to run out of money in Havana. It’s best to change your dollars into Euros before heading to Cuba, as there are extra fees added for exchanging U.S. currency in Havana. The bigger hotels will have have currency exchanges, but some will only provide services to guests.

Havana’s violent crime rate is very low. It’s a big city so stay aware of your surroundings, but I’ve never felt safer in an urban area. 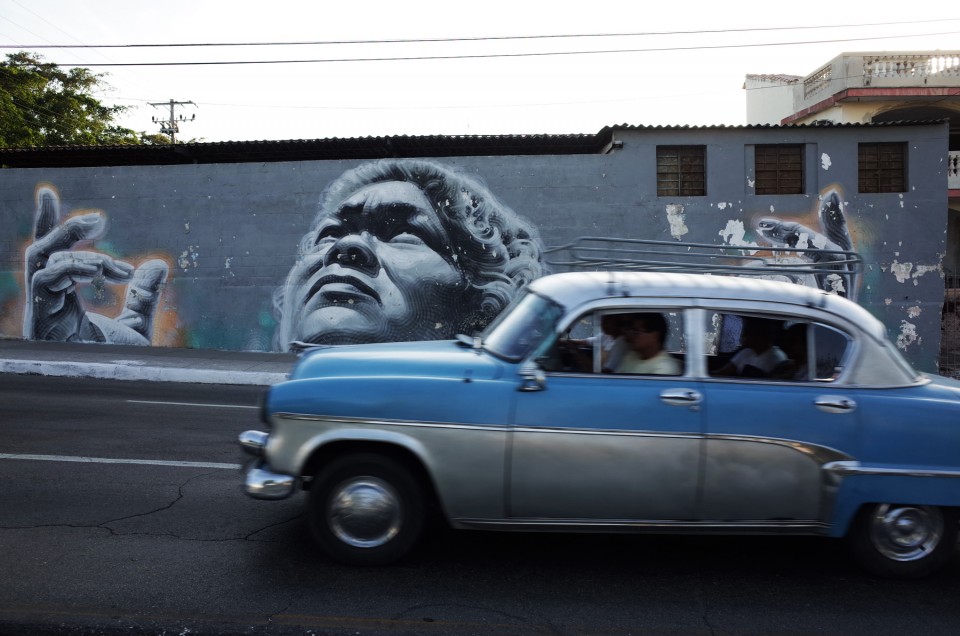