It’s All About the Atmosphere

Don’t be intimidated: Anthony’s Barbershop is here to serve the community…and a second location is on the way

It’s 6:30 p.m. when I get to Anthony’s Barbershop. The shop is closed, but all five employees (Anthony Giannotti, Shawn Bailey, Jason Dunn, Jason Thorpe and Alex Tillisch) are hanging around, drinking beer, sitting in barber chairs, shooting the shit, while Giannotti, the 29-year-old owner, finishes up the last client of the day.

Giannotti is an impressive man. His shop is consistently packed, he’s always hiring new barbers and he’s in the midst of opening a second Sacramento location in the very near future.

But for someone with so much forward momentum, Giannotti looks undeniably nervous. He’s not exactly pacing, but his eyes dart around the room, as if he’s waiting for something bad to happen. You see, despite the punk rock posters on the walls, the mustache enthusiast propaganda, the Wu-Tang Clan blasting from the speakers and the “Employees Must Carve SLAYER into Their Forearms Before Returning to Work” sign in the bathroom, Giannotti is dead serious about his shop. He puts every ounce of his soul into barbering and he doesn’t want weird publicity to cast a bad light on his business.

But seriously, I assure him, what could possibly go wrong?

Of course, no more than 10 minutes after I arrive, probably as an act of divine prophecy, Jason Dunn, the jovial barber who looks like a cross between Stephen Colbert and Don Draper, bursts through the door wearing a shit-eating grin, grasping a can of Reddi-wip. Dunn holds the whipped cream can upright and sucks the nitrous, staring off into space and then giggling maniacally for 15 seconds while the shop bursts in to laughter. Giannotti’s face drops like the sea level before a tsunami. “Don’t write about this,” he says, shrugging his shoulders. 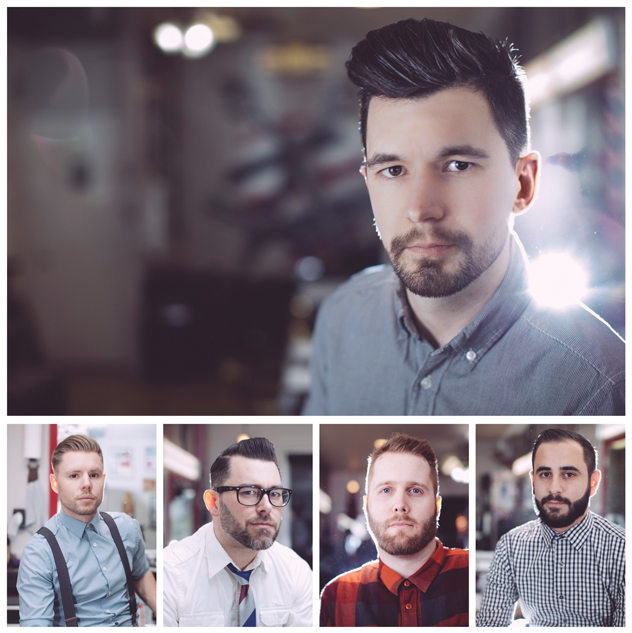 Do black people ever come in here?
I just posted a picture of a black guy today! Come on!

Is that how few black people come in here? You have to take pictures of them?
One of the things that I really like about this shop, something that I’ve always strived for, is to get a diverse clientele. If I had to do the same haircut over and over it would be a miserable job. I like getting people from different backgrounds, different styles of haircuts, not only for the haircut, but for the conversation. I mean, a big part of what we do is providing conversation and an entertaining experience for people.

You said earlier to that guy who was getting a haircut that this is an intimidating shop. What did you mean by that?
We try to be as friendly as possible, but it’s noisy and rambunctious [with] a bunch of tattooed dudes hanging out. Some people can be intimidated walking in here. We try to be as friendly to everyone who walks in the door but sometimes we get a bad reputation because of the atmosphere of the shop.

I went through your Yelp reviews because they’re really funny, but some people say they walked in here and you laughed at their haircut choice.
I was down in Los Angeles for a big barber battle and somebody asked me what kind of haircut I like doing. I told him my favorite haircut is when the customer walks out happy. I like giving people the haircut they want. So if I was laughing, it probably wasn’t directed at them. That goes back to how this shop can be intimidating. Maybe I’m laughing at something else. I would never purposely laugh at a haircut anyone wants.

I have a friend who just graduated from barber school, and he had some crazy stories. Some of the scummiest people ever go to barber school. Is that a thing?
That is 100 percent, absolutely a thing. That’s one of the things that I don’t like about how barber school has changed. In my opinion, barber school is the worst of the worst. It’s going to prepare you to be a barber, to deal with customers that are super picky, super dirty, super inappropriate. I talk to barbers all over the world that have a very similar experience in barber school that I did. It is the craziest atmosphere you can imagine.

He had stories where people compared being a barber to being a famous rapper. Celebrity barbers, gold clippers…
It’s funny you say that. When I was in L.A., I was on a panel to help educate some of the more inexperienced barbers or people just looking to advance their career. I was on a panel with these guys and they’re some of the most experienced barbers in the world, but one of the things they focused on was being a celebrity barber. I was on the panel with the barber that knocked out Suge Knight… I try to bring the mentality that it’s OK to be a neighborhood barber. You can still make a good living. To me, we provide a service to people. We’re still service industry. If you have a bigger ego than the person you’re cutting, it’s not going to go well. It’s a humble career. We do work hard. We do stand for 10 hours a day. We’re not that important.

Did this business go like you thought it was going to go?
I’ve been very fortunate. It has been far, far better than I could have ever imagined. My parents helped me build this place out and I was standing in here and it was kind of late at night and I had just gotten the keys to the place and my dad was like, “What do you want to do here?” and I said, “I think I can do three chairs.” And he said, “What’s the pipe dream?” I said, “Well, this place is big enough for four.” I never thought I would do four. I did four so everything would match. I never thought barbering would change like it has. I never thought I’d be lucky enough to get the support from Sacramento that I’ve gotten. I was able to bring a fourth chair in February and just brought in a fifth chair in December… and I’m working on a second location. 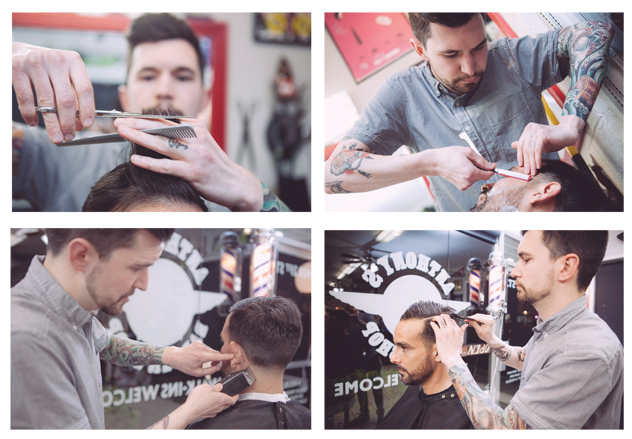 God, you must meet so many fucked up people in here.
We get the most random people in here. That’s what I enjoy about this job. It’s better than sitting in the same office, talking to the same people every day all day. I would freak out. I get to converse with a wide demographic, from millionaire lawyers to homeless people.

So you spend a lot of time on your feet. What are the repercussions of that? You’re just going to curl up and die early?
Hopefully not. I have a standing appointment with a chiropractor and with a masseuse. We’re not swinging hammers, but we work 10-hour days, five days a week. We put in a lot of hours. It’s not super physical, but standing that long is pretty hard on your body.

This place is so manly sometimes that there’s an undertone of gayness.
We all critique each other’s hair, fix each other’s hair. Half of us go shopping together. Who doesn’t like to look good? Come on.

So do you judge people’s haircuts when you’re just walking around as a civilian?
Oh man. You can’t help it.

Really?!
I mean, you can’t read something without judging somebody’s writing, right?

Yeah, but that’s horrifying to know there are barbers among us, judging our heads. I think, maybe 90 percent of the time, I look disgusting.
Well, we’re watching you. It’s even worse when you’re out and you see a customer with your haircut that looks disheveled. I spent all that time helping you with product and showing you how to comb it and here you are out on a Saturday night…

Looking like shit. Yeah, I do that all the time.
I know. I’ve seen you.

Anthony’s Barbershop is located at 2408 21st Street in Sacramento. They are open Tuesday – Friday from 9 a.m. to 6 p.m. and on Saturdays from 10 a.m. to 4 p.m. Walk-ins only, no appointments. You can also check it out online at Sacramentobarbershop.com. 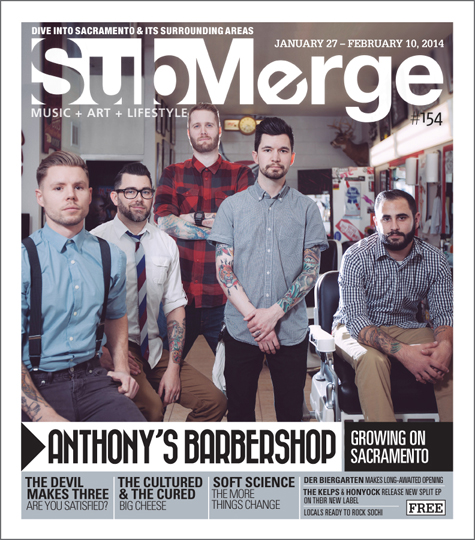