Bears Ears: A Time for the Outdoor Community and Native Tribes to Unify 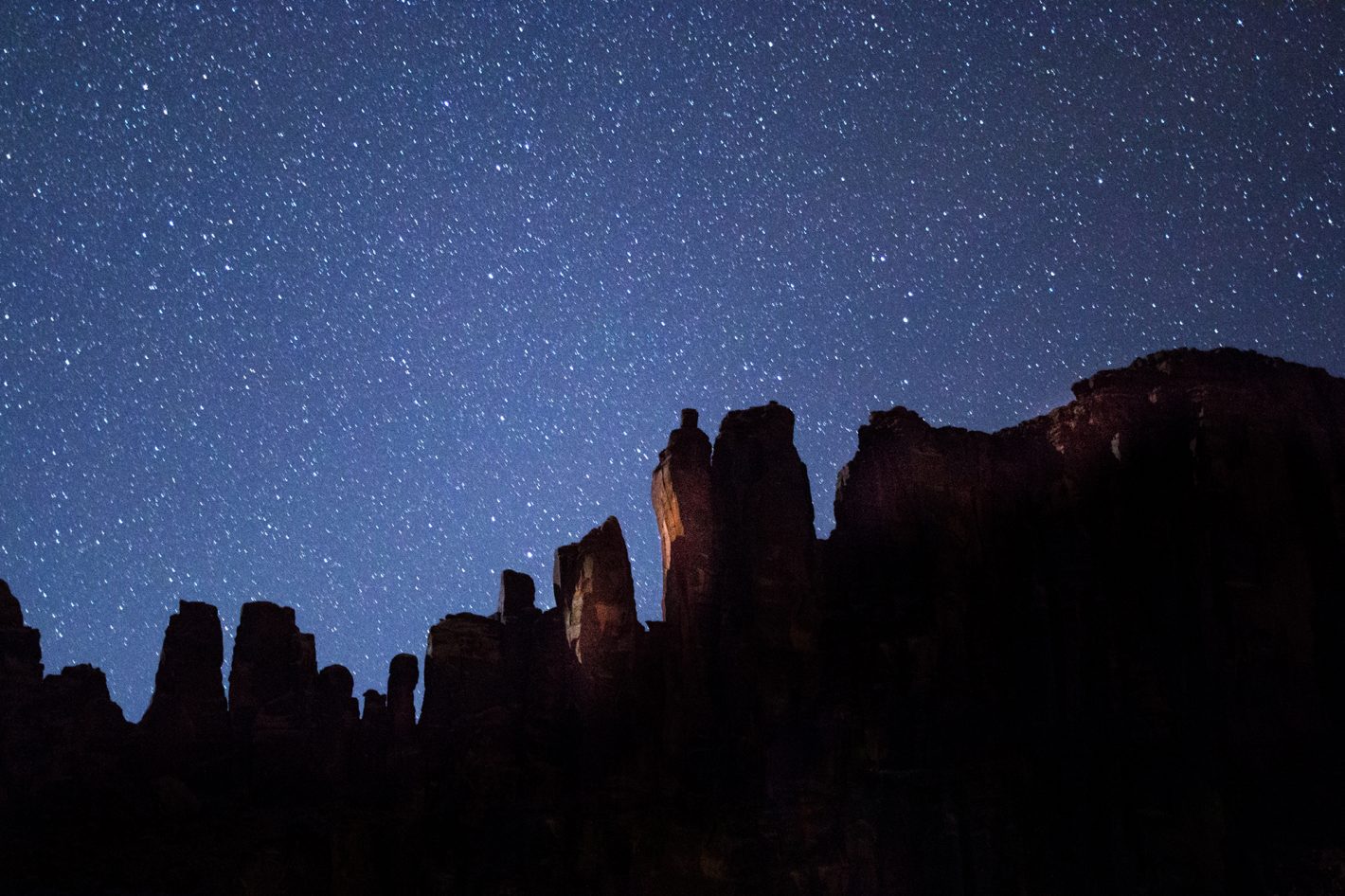 “President Trump sharply reduced the size of two national monuments in Utah on Monday by some two million acres, the largest rollback of federal land protection in the nation’s history.” – Julie Turkewitz for The New York Times, Dec. 4, 2017

Two weeks prior to the above news, my body and mind became one with the landscape that is Bears Ears National Monument. I was on a climbing trip—my first time visiting the monument. Upon arrival, I felt a deep connection to the land as I usually do in vast spaces of nature. Upon departure from the monument, I felt a deeper connection to the history that enveloped the area. One particular night after climbing, we packed up our gear under the moonlight and went on a quest for pictographs that were mentioned in the climbing guide book. Minutes later, we stumbled across ancient carvings in the rock. Magic resides here, and it is not solely derived from the world-class rock climbing.

My first reaction to Trump’s reduction of the monuments was outrage, stemming from my pure love of nature with an image of a once-pristine landscape turned to cement and mining and meaningless human debris. Once my initial hatred subsided, followed by the completion of a well-written article by Georgie Abel published on Medium.com discussing how “[we have] misappropriated Bears Ears as an issue primarily of outdoor recreation, and erased an important part of history,” my perception of why I was so upset about the reduction of this beautiful landscape shifted.

What’s Going On
President Trump recently decreased the size of Bears Ears National Monument by 85 percent and cut Grand Staircase-Escalante in half. For those who are unfamiliar, these vast landscapes are not only home to endless sawtooth ridgelines that silhouette the sunsets and dried creek beds that manifest into surging river masses at the will of Mother Nature. This land is also the original home of native tribes—a landscape of cultural history that is being taken from those it originally belonged to.

“The cultural resources here, the petroglyphs, the structures, all of this, is evidence of the Native people who lived in and passed through the Bears Ears,” Octavius Seowtewa, a Zuni Elder, wrote on Bearsearscoalition.org. “It provides a link to our ancestors, from long ago … This is why tribes have set aside any differences and come together: if this information is lost, it’s lost forever. It is devastating to think of that loss. We must protect Bears Ears.”

Looking Back
In 1906, the Antiquities Act was passed and signed by President Theodore Roosevelt. This act enabled the president to create national monuments from federal land to protect “historic landmarks, historic and prehistoric structures, and other objects of historic or scientific interest” (16 USC 431-433). The initial creation of national monuments and parks attempted to push Native Americans from their homes. “Although the creation of the first national parks coincided with efforts to restrict Indians to reservations and assimilate them into American society, native use and occupancy of park lands often continued unabated,” Mark David Spence wrote in his 1999 book, Dispossessing the Wilderness: Indian Removal and the Making of the National Parks. This eventually led to conflicts such as the Nez Perce War between the United States Army and Native Americans, as the U.S. Government continued to forcibly take ancestral land from native tribes. Though many of us Americans know and love the National Park system, including myself, its birth was far from a positive movement.

Moving Forward
If you know anything about Bears Ears and the Grand Staircase-Escalante, you have heard of, or taken part in Patagonia’s The President Stole Your Land campaign, an effort toward creating awareness and involving other outdoor brands, enthusiasts, athletes, writers, etc. I applaud the company as I will always stand by them as long as they stand for the good of the outdoors and humanity (which, I imagine, will be forever). However, awareness is merely the first step. Understanding the why behind the issue is the second. This land is not only ours to play on as outdoor enthusiasts, but the deep ancestral roots that it contains are irreplaceable. Understand that this land is not ours to take or to claim, but that perhaps it presents an opportunity for the growth of humanity; a chance to understand other cultures and work together for something beautiful. #ProtectBearsEars not for you, but for the whole.