At 23 years old, Brandon Semenuk has likely ridden, flown and fallen harder than most of you reading this. The champion mountain bike free-rider from Whistler, British Columbia, is staking out new parameters in the nebulous, fledgling world of the mountain bike free-ride, dazzling fans at events known (X Games Munich in 2013, where he placed second in Slopestyle) and not-as-known (Crankworx in Les Deux Alpes, France, where he took first in Slopestyle in 2013). Regardless of the arena, as Semenuk explains, it’s the terrain that counts, and he’s been blurring the lines and riding off-trail since age 7.

After a successful Web series, “Life Behind Bars,” made him and some of his contemporaries in the free-ride scene minor celebrities, Semenuk decided to capitalize on his newfound fame as the Face of the Sport, taking on creative cruise control with an ambitious cinematic journey through his unique world of extreme sport. The result, Rad Company, is a beautifully shot, cleverly edited slice of the free-ride world—in locations all over the world—also starring fellow riders like Yannick Granieri, Stevie Smith and a bunch of other rugged guys who don’t mind mixing it up with the elements. So long as they’re behind bars.

Semenuk took the time to chat with Submerge about Rad Company in anticipation of its Sacramento premiere at the Crest Theatre Aug. 28, 2014. 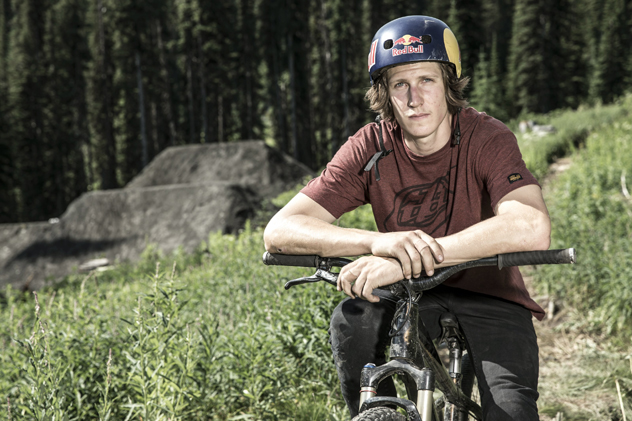 Making movies of more extreme outdoor sports is pretty ubiquitous at this point; did you grow up watching those videos wanting to take the reins and steer yourself toward something like Rad Company?
Yeah, it’s kind of what I looked up to when I was super young. That scene took a left turn with those kinds of movies and I didn’t really think there was much out there. My motivation was just to bring it back and give something to the mountain bike community that we all missed.

Where did the concept for the film and how it’s tied together like a playlist with a vinyl DJ, etc. come from?
It was collaborative; we were trying to make a progressive mountain bike film. Progressive riding, progressive film work. We weren’t really trying to create a story; it was more a core mountain bike style film. The whole mixtape thing came together naturally. We wanted to have progressive riding to music and create a really cool visual story rather than a narrative. It was a no-brainer to just soundboard the whole thing and make it seem like you just popped in a CD or an album.

After watching the film, you and the rest of the riders must have been so shocked to see how beautifully it was filmed, how the musical tempos changed on and off, and just how truly cinematic it ended up being. Can you go over your thoughts on the final product, and how it was working with the folks who made it happen?
Yeah, we tried to be really diverse with it. It’s tough because you’re trying to find the right kind of music to go with the vibe of each session. But we had awesome music people helping us, and great editors and digital effects guys so we were able to find what we were looking for music-wise. We’d go from there and get more in-depth and soundboard to figure out which shots really worked. The editing part was pretty out of my hands; that’s not my skill. They wanted it to be almost sporadic, like you wouldn’t really know what to expect next.

Some of the courses are just as exciting to see as the riding being done on them. I’m thinking specifically of the course with the old diesel truck and the logs in the junkyard. What were some of the more challenging/exciting locales/courses you shot at?
There were some exotic locations, and then some locations where we really got to go all-out on building them. Each one has a bit of its own memory for me. The junkyard was pretty cool because we got to go big on the build and get really crazy. It was close to home so we could really monitor the build and make sure it was awesome. Fiji was a bit of a culture shock; that’s the first time anyone’s really ridden mountain bikes or built mountain bike trails out there, so to go and break ground and have the locals be cool with us building on one of the highest elevations in Fiji is pretty insane.

There’s the second terrain of the movie, which is this heavily wooded location, just after a very wide-open location with custom-made tracks, and night-time versus day-time courses. How difficult is the transition from one to the other?
It’s not so much the arena I’m in, it’s more the terrain I’m riding on. So the bikes change every segment. I ride almost a different bike in every segment. It’s really hard switching back and forth and getting comfortable. There was a night segment, so we’re riding at night, and there’s lights flashing where the cameramen needed them, but for us it was pretty hard. We’d do a jump and it was pitch black. You’re in the air and in the abyss for a second until you actually see the landing you’re coming into. There was snow during that, too, and we didn’t have goggles on so we had snow in our eyes. The fog was coming through and we were dealing with the mist, so there were a lot of factors. You’re trying to be progressive in your riding, but you also have some obstacles standing in your way. It creates that mood and even more dramatic shots. 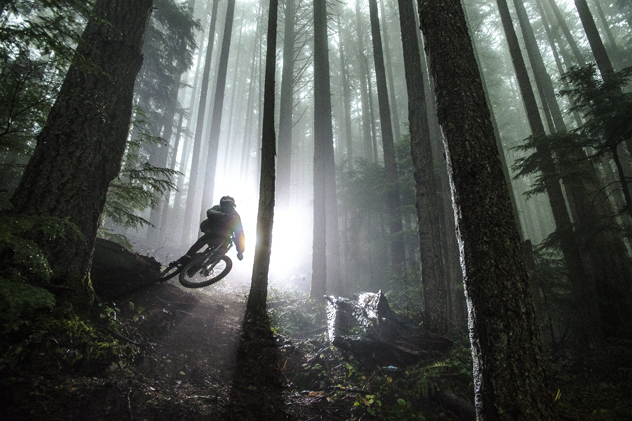 Lots of the places you and the athletes are riding don’t look like they’re on track—a few moments there were shots of someone riding across loose volcanic rocks and jumping over a fallen log at a steep angle and didn’t look like there was a track there. Do you enjoy courting danger?
Yeah, that’s why I ride. I’m trying to figure it out and just learn and progress. We have a pretty good idea of what we’re capable of. We want to find that edge and see where you go from there. It’s a science, really.

There’s that whole sequence with the old yodeling folk song playing where everyone is eating it. What do you think about when you’re on terrain like that, in the air and you know you’re probably going down hard, especially on a film set? Does that ever get easy?
It depends on the situation. Most of the time it’s usually never that fun. When you do it a lot you get good at it. It’s as much a skill as it is being on your bike. A big part is staying healthy and doing new things with being able to crash.

There’s a method for crashing?
You can get out of a lot. Our bodies are quite resilient, but you definitely don’t want to crash in the same way every time, or landing on injured areas. Sometimes you feel pretty confident about landing out of it safely and sometimes there’s not much you can do but brace for a big impact.

Have you endured many serious injuries for that?
I’ve had a couple of injuries; I’ve been pretty lucky, though. A couple broken bones, but nothing to cry home about.

How has mountain biking in the way you engage in it gained popularity since you’ve started in your eyes? Is that a goal of yours? To make the sport more accessible or popular for more people?
That’s the goal, yeah, to get people pumped to ride their bikes. We’ve had good feedback on the film and from our Web show. I’d like to say that I’ve contributed somewhere. It’s been my life so it’d be cool to share that with other people who have the same passion.

Is it an easy thing to prophesize where the future of free-ride biking is headed? Or are you more learning as you go?
It’s such a new sport that I don’t think anyone really knows. It’s progressing so fast and it’s taking off in a bunch of different directions. There are so many different events and terrains you can ride on with different bikes. It could go any which way. 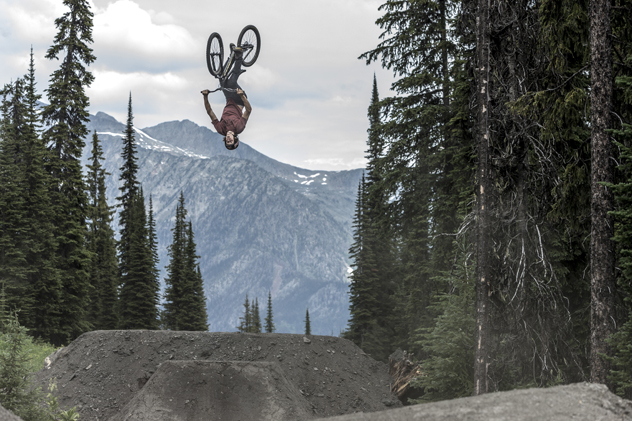 Red Bull presents the screening of Rad Company on Thursday, Aug. 28, 2014, at the Crest Theatre (1013 K Street). Doors open at 7 p.m.; show starts at 8. Tickets are $5 and on sale now. For more info, check out Brandon Semenuk on Facebook and Twitter.