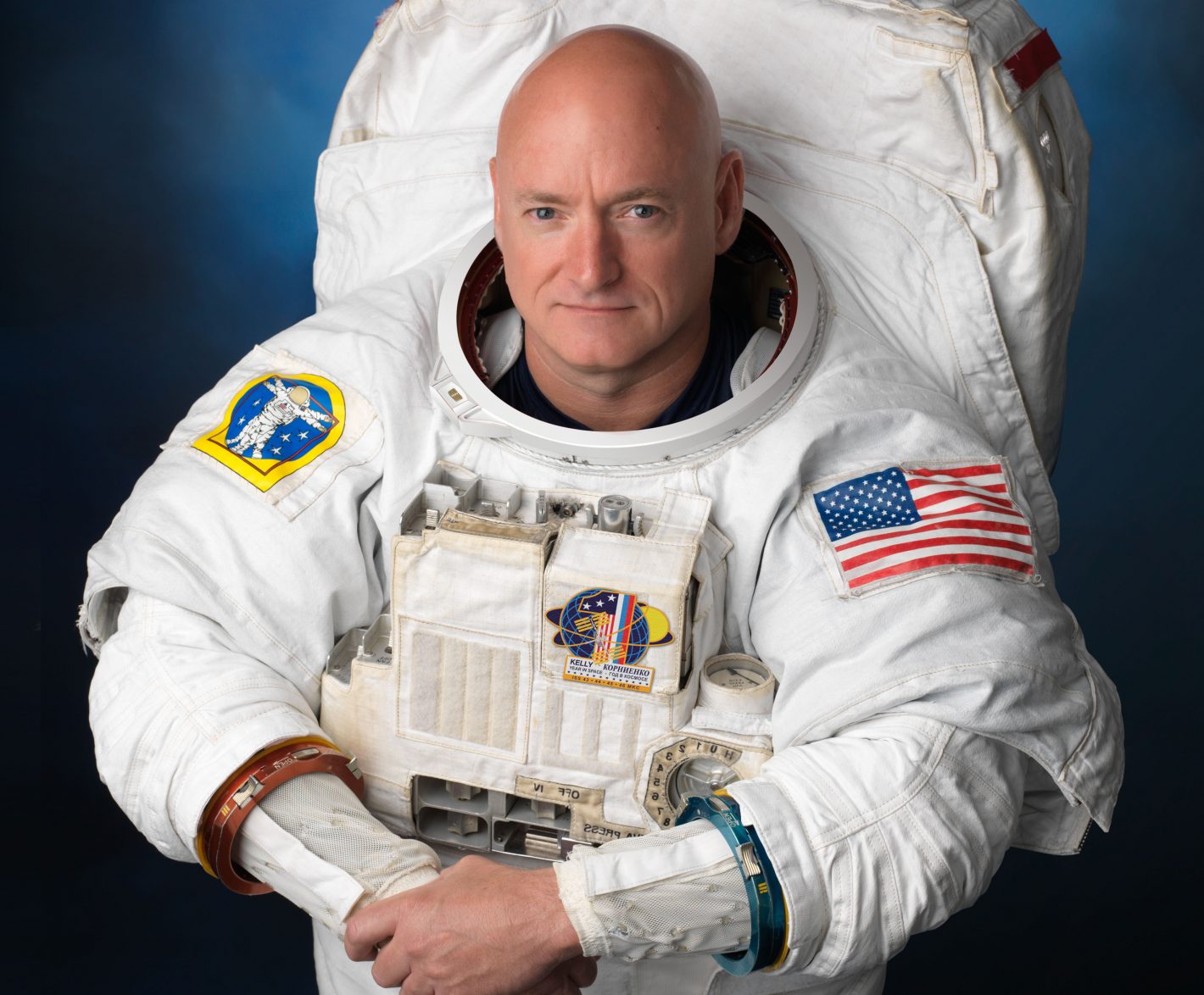 Captain Scott Joseph Kelly has spent 520 days literally off the planet, floating in space. That would be 2 percent of his 53-year life, if you’re crunching numbers at home. Fascinated by The Right Stuff as an impressionable youth, Kelly received degrees in both electrical engineering and aviation systems before joining the Navy in the 1980s, whereupon he was eventually selected by NASA as a part of Astronaut Group 16 in 1996. His resume from that point forward reads like science fiction, with the crowning achievement being a year-long mission aboard the International Space Station (ISS) alongside Russian cosmonaut Mikhail Korniyenko from March 27, 2015 to March 2, 2016. The primary objective of this lengthy stint in space was to study the long-term effects of spaceflight upon the human body, which, in the case of Kelly, also involved using his twin brother as a control back home on Earth.

The time since has seen Kelly “retire,” a relative idea for a man possessing a work ethic that most can only dream of. In the spring of this year, Kelly saw the release of his first book, Endurance: A Year in Space, a Lifetime of Discovery. Endurance is both accessible in its scientific nomenclature, while still steadfast in detail. It’s also rewardingly human and philosophical; all the more poignant from a vantage point that very few have had the chance to experience. With the Sacramento Speakers Series presenting Captain Kelly at the Community Center Theater on Jan. 17, the spaceman himself spared a few minutes of his time to speak with Submerge.

Your voice in print is pretty effortless. It almost felt like you’ve been a longtime author. Was it something you had to work at, or did you find it easy to slide into that mode?
I think at times when I write it can be really good; at other times it’s a struggle and a challenge. I think it’s more my ability to tell a story versus my ability to write it down. I think being able to tell a story in a vivid way is helpful when you then want to write a book; it makes people feel like they were there. But it’s not easy. I wanted people to be able to relate to it, to believe in it, to experience in their imagination from these words what I experienced. Right now I’m writing a young reader version.

Do you get the opportunity to speak with kids as much as you’d like given your various engagements?
Right now it kind of is what it is based on my schedule—which is not that free—but I would much rather talk to a group of kids than a group of adults [laughs]. It’s getting to see that they’re really interested in space and science. If you took a poll of all the kids on Earth and asked, “What job would you want to have when you grow up?” I bet astronaut would have more than any other.

With the pushback on science across the populist spectrum, do you feel very strongly about giving your opinions to the world right now? More so than, say, 10 or 15 years ago?
Absolutely. I think we are at a critical time in the history of our country where we have people that deny science. Especially [from] people that aren’t scientists. To say that 97 percent of scientists are wrong and you’re right because, I don’t know, you’re a lawyer? [Laughs] Makes no sense. It’s not logical. And you have a government, whether it’s congress or the administration, that fosters these conspiracy theories and anti-science ideas. The fact that I kind of have a platform now … it wasn’t my plan, [but] I do feel somewhat obligated to point things out when I think they need to be in regards to this whole science denial.

There are so many things regarding life in space that 99.999 percent of us could never even begin to consider. One of the things that jumped out at me in the book was urine, and trading it with the Russians.
So we have a system on the space station that turns our urine into water. The Russians don’t have that; they give us their urine so we can also turn their urine into water. It allows us not to have to fly so much water [into space]. It’s a pretty sophisticated piece of equipment and kind of hard to manufacture and run. The Russians have plans to fly their own, but they’ve not been successful yet. So they have to launch all their water from the ground. We on the other hand don’t. It’s that simple.

I know that you see the United States someday reaching Mars, as it was a part of what initially interested you in space travel, but how far out do you see a mission like that, realistically?
It depends on how much desire we have to do it. I think we could do it within the next few years if we made the investment. I don’t think that will happen, but it could. I’m hopeful. But skeptical.

Your story about being ordered to find out if a Russian counterpart had brought an Iranian Quran aboard the ISS struck me. Does it surprise you that politics can permeate even the furthest reaches of humanity?
I was shocked about that; that I was kinda given a mandate to go find out. I mean this is somebody’s personal property. The fact that it was a Quran from Iran was irrelevant to the point, I thought. If you can bring a Bible from your own country, why shouldn’t you be able to bring a Quran from somewhere else? It’s not logical, and I’m a pretty logic-minded person.

You noted that while looking down on Earth you were in fact viewing the chaos from above. Was that an interesting or maddening experience, to know that even in your own country strange things were happening while you were so far away? How did you process that at such a distance?
At the time, it’s just kind of hard to understand. We have this incredible planet and opportunity to do good and work together to solve our problems, and it seems impossible. Fast forward two years later and we’re in the situation we’re in now and it’s just … heartbreaking. That this is what our country has come to, just yelling at each other on TV news 24/7.

What would you say now?
I’m not telling ya.

Hear Captain Scott Kelly speak live about his year in space at the Community Center Theater (1301 L St., Sacramento) on Jan. 17, 2018. This event is part of the Sacramento Speakers Series. For more info or to order tickets, go to Sacramentospeakers.com.