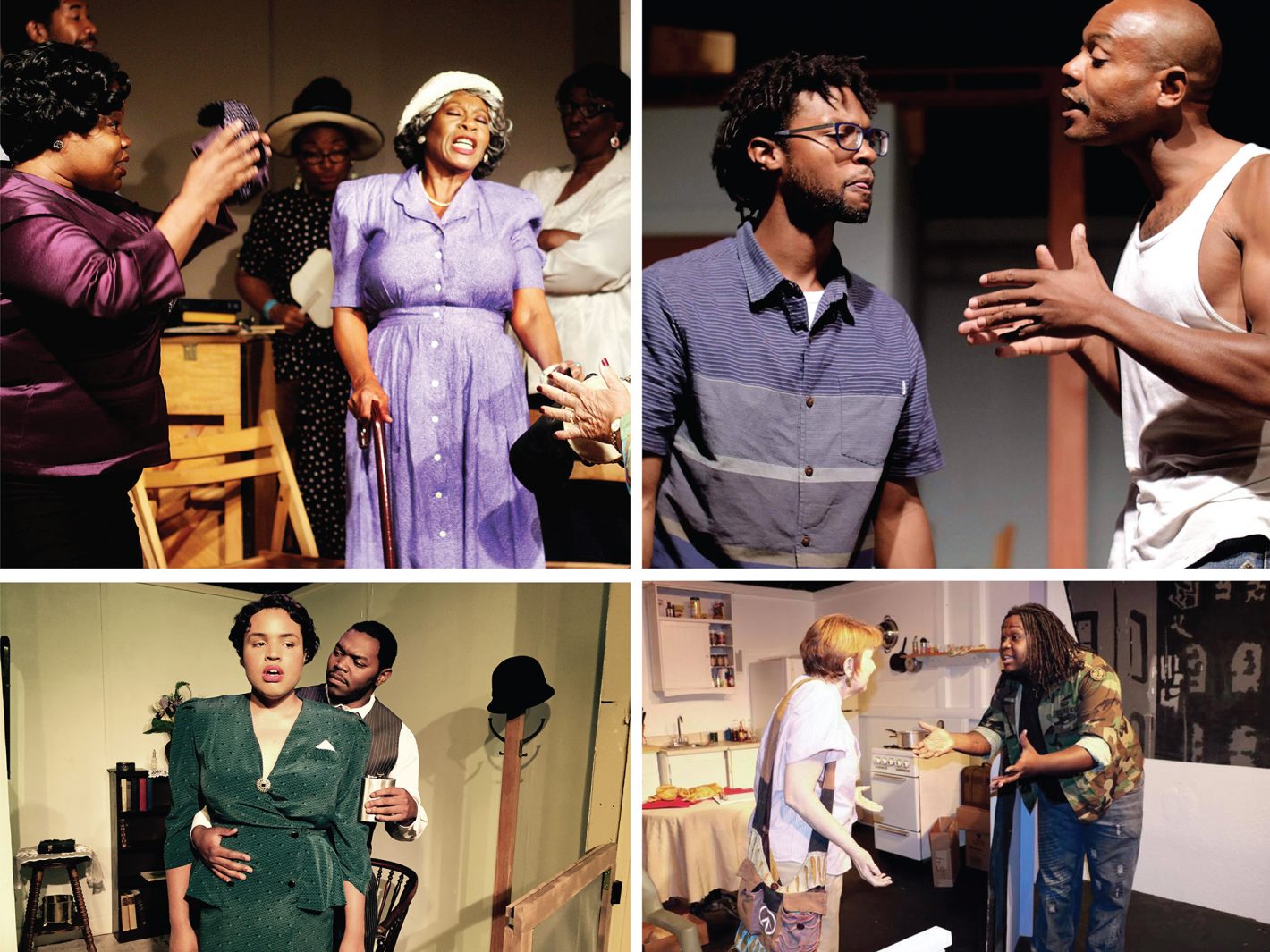 The theater has long been the lens through which the human condition is examined. Whether exploring relevant social issues such as poverty, racial discrimination, gender inequality, the civil rights movement and environmental degradation, the community theater as an institution has been a critical ally in the seemingly endless campaign for social change and justice.

One of the most important voices in the local arts community, Celebration Arts—the only regional arts organization dedicated to exploring the multicultural experience through theater, dance and music—has been a champion in this endeavor for more than 30 years and nearly 170 plays. But don’t let James Wheatley hear you say Celebration Arts is simply a community theater. Wheatley, the founder and artistic director of the venerable house, says that while most people view the organization as a small theater, the true mission of Celebration Arts is to empower and change lives through the arts.

“Our goal is to make art accessible,” Wheatley says. “We try to give the training that folks need to be good [in their chosen disciplines]. We’re not trying to make dancers and singers and actors; what we’re doing is helping people be better prepared in their endeavors because we work with things like critical thinking, comprehension, reading skills, building that ‘thing’ that you need to be able to go out every day and look folks in the eye, and be able to walk with your head up high and know what you’re doing.”

As a transplant by way of Los Angeles, Wheatley saw a void in the arts community when he arrived in Sacramento and set out to establish a creative space wherein stories celebrating black history and culture were at the forefront. In 1986, Celebration Arts was born. From the theater’s humble beginnings, where classes were conducted in a room at a local church, to its lofty new digs in the former B St. Theatre—a fortuitous opportunity that arose after the theater company lost its 23-year-old lease last year and had to bid adieu to its studio and theater space in East Sacramento—Wheatley says that the work is still relevant.

“I came to Sacramento and commuted to Los Angeles every weekend to do performances there. Then I started doing one-man shows here,” Wheatley explains. “So, what I was seeing in the community was there was no access for us—African-American young people didn’t have a place to go.”

Functioning as a volunteer-operated, nonprofit organization, it’s remarkable that Celebration Arts has the capacity to offer the depth and breadth of educational, experiential-learning and entertaining opportunities that is does all year long. Typically, each season the organization puts on six plays and two musical concerts, along with a dizzying selection of offerings that are available to the public, including dance classes that cater to every skill level—from those just lacing up their dance shoes for the first time to those who can keep step with the likes of members of the Alvin Ailey American Dance Theater dance troupe and the famed choreographer Debbie Allen.

But true to his tireless energy and dedication to the arts and education communities, Wheatley promises this year’s offerings at Celebration Arts will expand upon its already robust theatrical offerings.

Celebration Arts’ season opens with A Raisin in the Sun, Lorraine Hansberry’s iconic, yet sadly still relevant telling of an African-American family navigating its way through the racial and economic turbulence of 1950s-era Chicago. Still, Wheatley could barely contain his excitement when announcing several of the other theatrical offerings that theater geeks can enjoy this year.

Among the productions is Blue Door, a humorous and animated tale that bounds to life through song and poignant storytelling depicting the experiences of three generations of men. The story weaves its way through the days of slavery and into the Black Power movement effortlessly.

Wheatley and his cast will also bring to the Sacramento stage Black Pearl Sings! Centered around a solid selection of more than 20 traditional spirituals and folk songs, Black Pearl Sings! tells the engaging Depression-era story of two unlikely friends—Susannah, a head-strong folklorist at the Library of Congress, and Pearl, a Texas prisoner whose soulful voice and rugged spirit helps bring the story to life. 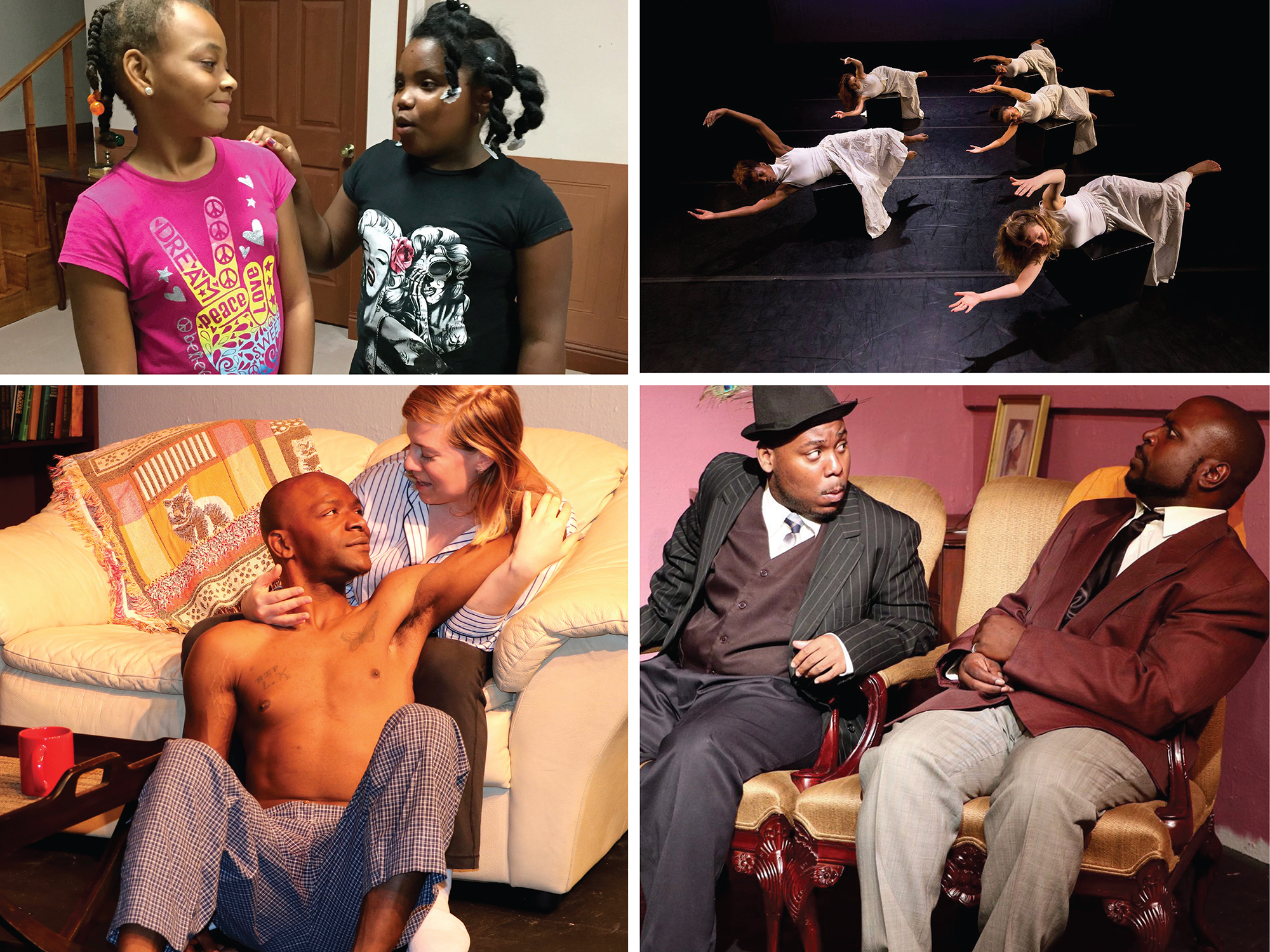 Also landing on the Celebration Arts calendar is Joe Turner’s Come and Gone, a piece of work that is often regarded as one of the most compelling and emotionally rich plays exploring the plight of America’s newly freed men and women, as they resolve to take their rightful place in society. Langston Hughes’ Black Nativity, the classic nativity story headed by an all-black cast, is also featured.

Recently, Wheatley and the rest of the Celebration Arts crew opened their doors to christen the new location and to let the community know that they are as dedicated as ever to the work of providing a voice from the African-American community that just doesn’t amuse its patrons, but helps its artists develop the poise, skills and talents necessary to inspire and enlighten the communities they serve.

“We are a teaching organization,” Wheatley explains. “That is why we exist, to teach. The performances you see are a part of that teaching, we keep working with performers right on through the end of the performance. We keep working with them so they can keep improving. A lot of people are out there saying, ‘This is a great community theater.’ That’s not what we are. We are a training and educational organization.”

In another fortuitous turn of events, the new location will also allow the Celebration Arts’ artists to entertain an even broader audience within the confines of its new, larger space. At the open house on Feb. 18, the crowd enjoyed the comforts of more theater seating during the three-hour event, which boasted musical performances by several local talents, including the Harley White Jr. Orchestra, dance performances by company players Valerie Gnassounou, who serves as the head of the Department of Theater and Dance at Delta College, and Miyo Uchida who teaches Japanese at UC Davis.

Attendees were also afforded the opportunity to mingle with some of the company’s cast members, including K.T. Masala and Brooklyn Solomon, who were in the house promoting A Raisin in the Sun.

The Celebration Arts theater company has other reasons to celebrate, too. Wheatley was honored for his work in the arts community when he received the Sacramento Arts and Business Council Art Awards Outstanding Service Award in January. But it’s the work and his cadre of performers that keeps the actor, dancer, choreographer and arts activist motivated.

“Actors come in and say, ‘I didn’t know it was this much work,’” Wheatley jokes. “But it is work. You cannot do art unless you’re paying attention to the details. You have to explore the shading and nuances and all the things that go into creating a work, whether your dancing, singing or acting, you have to be able to do that. So that’s what we’re doing here. If you have any slight indication that you would like to become a performing artist, we’d love to have you.

Celebration Arts’ A Raisin in the Sun is running now through March 24. Performances are 8 p.m. Thursday-Saturday and 2 p.m. on Sunday. Celebration Arts Theatre is located at 2727 B St., Sacramento. For more information, go to Celebrationarts.net.