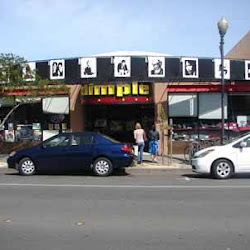 More sad news for Davis: Dimple Records has officially closed their location at 212 F Street. “It’s true, June 17, 2012 was the last business day,” owner Dilyn Radakovitz told Submerge, and as of press time they were “still sweeping it out.” There were multiple factors that Radakovitz pointed to: high rent, slowing business trends, bad parking and even though the college is close, students are broke. “Who knows, we tried,” she said. The store opened in 2007 and was the regional chain’s sixth store. Like the other locations, it offered CDs, vinyl, DVDs, video games and more.

Dimple’s focus has shifted away from the Davis location closing to a new bookstore scheduled to open soon just two doors down from their Arden Way location.

“We’re always looking for what kinds of merchandise to sell that is something our customers are into and that might make sense,” Radakovitz said of the new book venture. Submerge got a peek at the new store and it is huge–roughly 8,000 square-feet, she estimated. It will be mostly filled with the hundreds of thousands of books they’ve acquired since they started advertising buy-backs and trade-ins with their customers in October, but there will also be a large section dedicated to vinyl.

“My idea was, ‘We’ll see what we get,’” Radakovitz said of the decision to start acquiring books. “In January, Kyle [Newton, operations manager] said, ‘We gotta get another warehouse!’”

Dimple’s books will be priced competitively with Amazon, a site that they regularly sell product through. There will also be frequent meet and greets with authors, both local and national. Radakovitz said to look for a soft opening in July (possibly as soon as the 11th), with a grand opening to follow sometime in August.