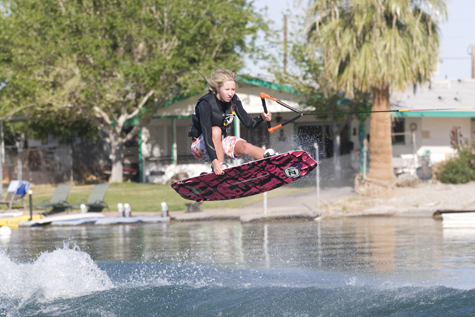 Twenty-four-year-old professional wakeboarder and West Sacramento native Shelby Kantar has led a bit of a double life the past few years. Arguably one of the top female riders out there, Kantar has traveled to compete in contests all around the world. She was the Pro Wakeboarding Tour women’s champion in 2007, she’s been in magazines and videos, she even jumped out of a helicopter into Lake Powell during last year’s Brostock event. Adventure, excitement, risk and reward: all part of the rock star lifestyle Kantar lives while with her fellow riders.

On the other hand, Kantar is extremely focused on school and furthering her non-wakeboarding-related career. She has already completed her undergrad studies in Kinesiology at Sacramento State, where she is currently working on her masters. “Yeah, it’s like a double life, its kind of crazy,” Kantar says during a recent interview. In fact, when Submerge caught up with her, she was in Redding, working a 40-hour-a-week internship. “It kind of got to the point where I was like, ‘Should I go to grad school or should I do one more year of competing and trying to do well?’” Kantar remembers. “It was kind of like, ‘Well, the girls that are coming up now, their parents buy them a $100,000 boat and they ride four times a day in Orlando and they work out and have personal trainers.’ So I was like, ‘OK, let’s go back to school.’” 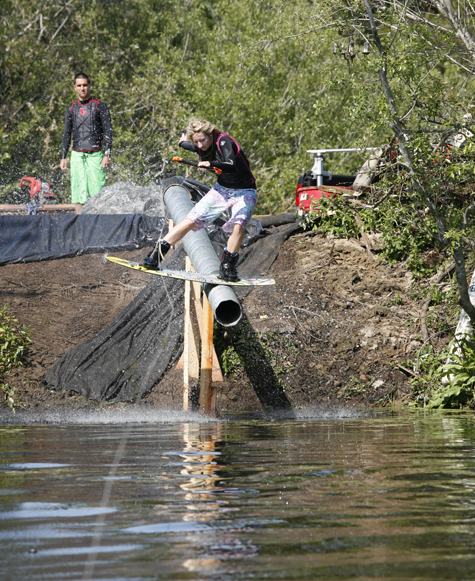 Kantar brings up an interesting point. In the world of action sports, there are the “rich kid” sports and the “normal kid” sports. Think about it: to go skateboarding, you need a complete board setup from your local skate shop, which will probably run you around $100, give or take, and that’s about it. To go wakeboarding, you’ve got to have a boat, and those are a whole heck-of-a-lot more expensive. It seems impossible, then, for an up-and-coming wakeboarder to make a name for him or herself if their family isn’t well-off enough to buy the latest MasterCraft X-Star or Malibu Wakesetter, right? Wrong. Kantar is a perfect example. When she was 14, her parents bought a boat, but not a flashy, expensive wakeboarding boat that you’d see in magazines; they got a run-of-the mill family vacation-style boat and it was behind that that Kantar was introduced to wakeboarding.

“The only way that I got to ride behind a good boat was because I met someone who was well-off and had one,” she says. “They’d take me out and I’d just pay gas money.” Either that, or she’d hang out on a dock or near the river with her board in hand, waiting for someone to give her a pull. “We would walk down to the river and skim board,” remembers Kantar of her earlier days in West Sacramento. “I would just bring my wakeboard, and I met so many random people that way. I had nothing else to do, and I wanted to get better.”

Kantar started competing in Northern California competitions. Not long after, sponsors came knocking. Now, some of the biggest companies in the world back this local ripper: Liquid Force, Body Glove and Osiris, just to name a few. She has competed at the professional level not only throughout our own country, but also abroad in Egypt, Singapore, Qatar and Australia. Her favorite competition of them all? She claims the Egypt World Cup, even though it was a bit of a flop. “That contest was probably the most fun, because they kind of messed up and didn’t check out the site that they were going to throw it at. It ended up being like in the ocean with waves and the boat hit coral and couldn’t drive the contest,” Kantar remembers with a laugh. So, they found a little pond, rounded up a jet ski to pull the riders and made some makeshift obstacles for them to hit. “They found these galvanized steel posts like on the side of the road and they made a little rail. It was so sketchy, but they ended up splitting all the prize money, and I just drank beer and hit these sketchy rails,” she says, adding, “And I got to see the pyramids!”

For the past year or so, Kantar hasn’t been competing, but that doesn’t mean she hasn’t been progressing. “I’ve been having a ton of fun just improving my style, making tricks look better, learning tricks that I want to do, not necessarily what will win me a contest.” She says she and her friends like fellow Liquid Force teammate Danni Petraitis (with whom Kantar was living while up in Redding), would rather stay and film on Lake Shasta or go on a cool trip to ride rather than “sitting around a contest all day and getting like a two-minute pull.”

Kantar’s about to reap the benefits of some of her hard work when Body Glove drops their first ever wakeboard video titled Slick City, in which she is the only female rider. Slick City will be available for world-wide purchase starting July 7, 2010 through action sports media giant VAS Entertainment. The DVD will be available for purchase at local wakeboarding shops and for download on iTunes shortly after. The video has already earned rave reviews from people at Wakeboarding and Alliance, the industry’s two largest publications, making Slick City one of the most highly anticipated wakeboard films of the year. The film follows some of the biggest names in the sport: Rusty Malinoski, Harley Clifford, Bob Soven, Jeff McKee, James Balzer, Daniel Doud (Kantar’s boyfriend) and of course, Shelby Kantar.

“I didn’t really get to film as much as I wanted to for that, especially my wake section,” she says, noting that since Body Glove is such a large, global company, coordinating the video shoots was hard. She did get a lot of footage sliding rails, though, an aspect of the sport that she is particularly good at and likes. “We built some rails and got quite a bit of rail footage. I really like riding rails, so I’m glad we got that, but as far as my wake riding, I wish I could have done a little bit more for that video.” Regardless, appearing in Slick City will surely introduce a whole lot of people to the style and charm of one of Sacramento’s best-kept secrets.

Kantar has another year and a half of graduate school, after which she plans on buying herself the nice wakeboarding boat she never had when trying to come up in the industry. “I kind of wanted to set myself up to have a normal career so that I can afford all this stuff and I can just free-ride, maybe do some more shooting even though I’ll be pretty old by then,” jokes the young, bubbly Kantar. “The girls that are competing and coming up now are so young, I feel pretty old, as sad as that is.” Contests or no contests, old or not old, Kantar says one thing is for certain: “I’m going to get my Malibu boat, and I’m going to shred.” 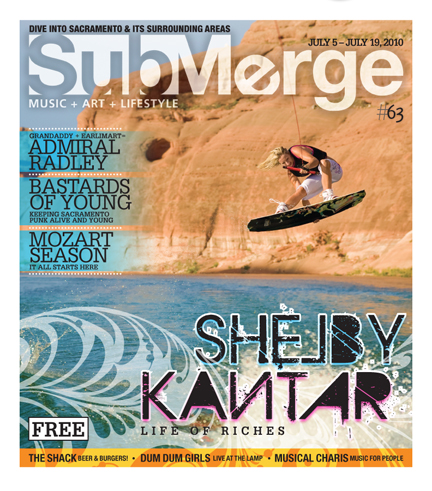