Outside the 9-to-5 • Finding a Passion 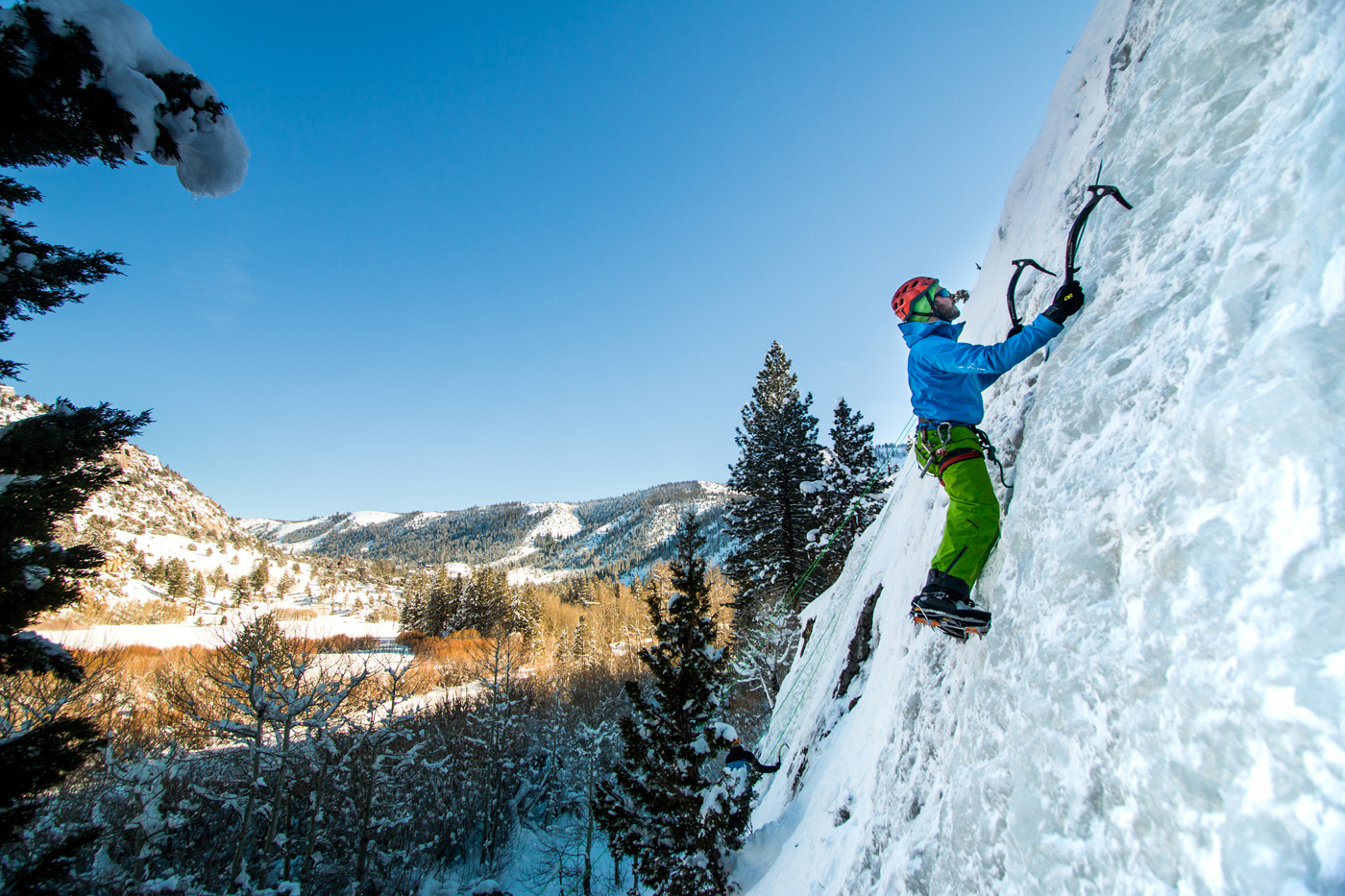 Fast-approaching winter gently reminded me it would soon be time to hibernate. During the warm months of the year, you will find me outside; eyes shut, face up to the sky, basking in the sun rays. It feels as if I become fully enveloped in a sweet, warm hug all summer long. I have lived my life obsessed with summer. The cold months seem to come and go without a notice. Every year I dabble in resort-stricken snowboarding and every year I end up at the bar alone because it’s cold and that shit is hard. I claim the winter to be my time for getting “work” done, drinking hot chocolate, sitting by the fire and watching movies.

Not this year. Too many seasons have passed me by, and maybe I’m not good at snowboarding but what about all the other outdoor winter activities? The cold sucks, but we’re in California. It can’t be that bad. 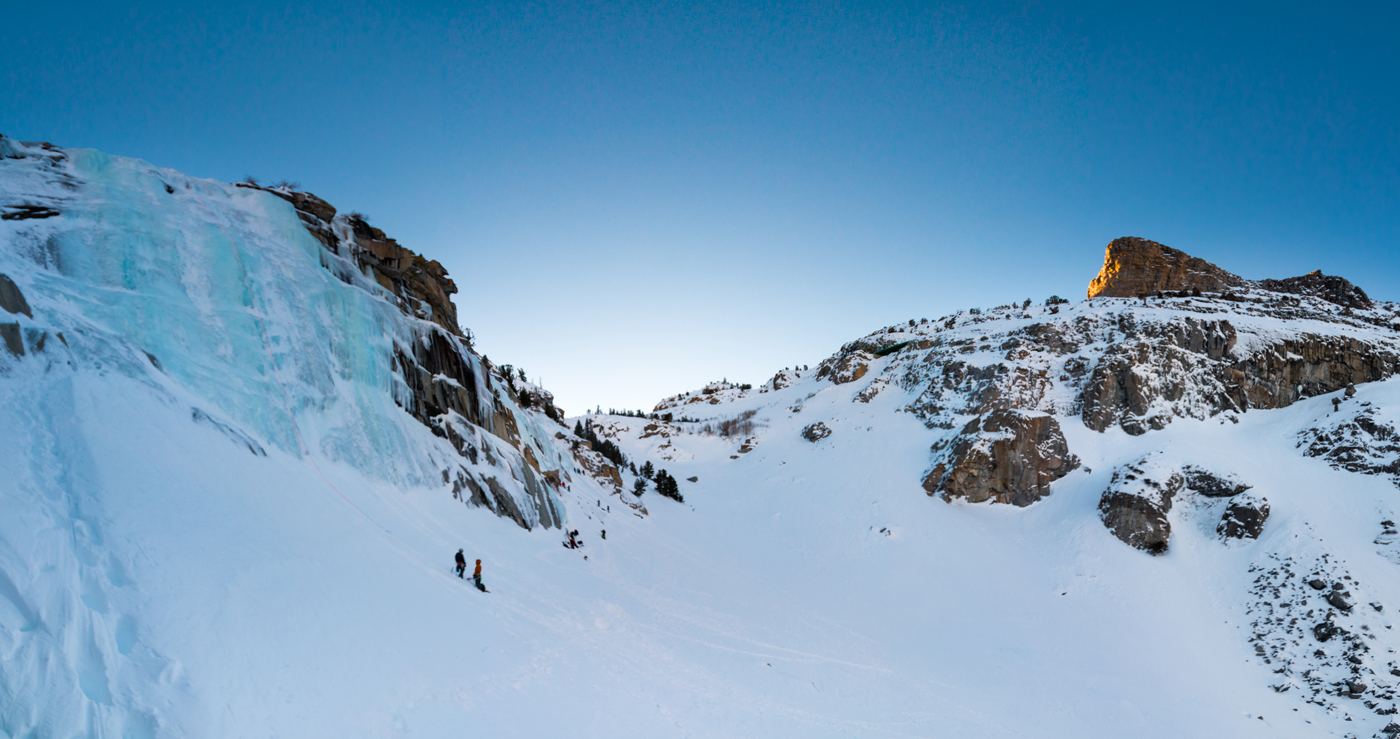 Scrolling through Instagram, a few photos caught my eye in the early, cooling months. Men and women bundled in layers, hanging from the side of what looked like an iceberg, by what looked like a sharp hammer. Ice climbing. I had seen photos and heard stories from friends and acquaintances of what sounded like a dark fairytale but something about it gnawed at me every night as I lay to sleep. I wanted to attempt this sport which looked impossible but I had no means. Where would I begin?

A friend approached me soon after, explaining a trip she would be going on to ice climb with a well-known ice climber in the community. It’s funny how the universe works. After maniacally explaining to her how excited I was for her, the two of us set out to “test the waters” on some ice near Tahoe and immediately fell in love with the sport. A new hobby was born.

What is ice climbing? Basically, locate the sharpest tools you can find, use two as axes and strap the other two to your boots and start throwing yourself at a frozen waterfall.* [*Caution: please don’t actually do this. You should have someone with you who is a mentor/guide/someone who knows what the hell they’re doing.] I’m not saying you should run out to the mountains and start ice climbing, but finding a new hobby can be seriously eye opening! I never enjoyed the winter until this season, and now I don’t want it to end. 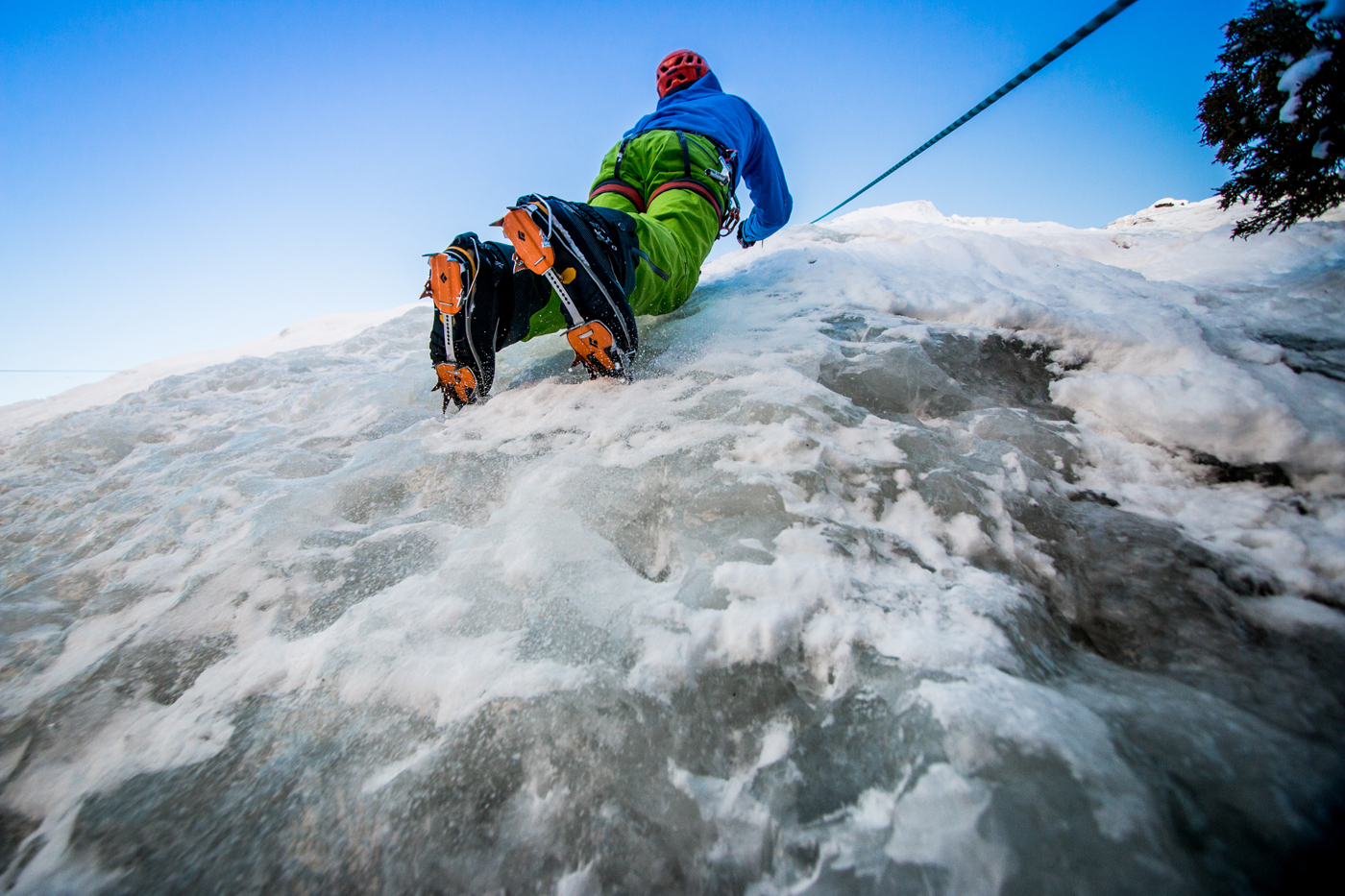 {Chris DeWitt looking for the next placement}

Being a beginner at anything is always rough, whether you just picked up mountain biking, trail running, long-distance swimming, skiing, ice climbing, surfing, extreme sledding, etc. The majority of people you will be surrounded by will be better than you. If you’ve got a competitive spirit that gets you down, here are some coping mechanisms on learning to accept the role of the “noob”:

1) Fake it til you make it. Everybody should know this one. For example: hiking up to the base of an ice climb in deep snow is hard. As long as you don’t complain (too much) no one will ever know how much pain you’re in.

2) Listen. Eavesdrop on people around you and just start repeating random shit. I learned how to pronounce a lot of technical mountaineering words this way. Eventually it will all make sense.

3) Copy. But try to avoid copying the only other noob in the group. Pick someone who looks like they have been at this for years.

4) Nerd out. Learn the history, the popular culture and the slang so you can make conversation about the sport with just about anybody.

5) Befriend. Sometimes friendships need a little push. Get yourself out there with people who know what they’re doing so you can learn, make new friends and not die.

6) Intelligent confidence. Many injuries happen when someone like me, a noob, begins to feel over-confident. Make sure you have a skill set under your belt before making irrational decisions. This is only my advice as I have experienced the feeling of being overconfident and immediately getting into a situation I was not prepared for. It’s OK to be the beginner sometimes; it won’t last forever. 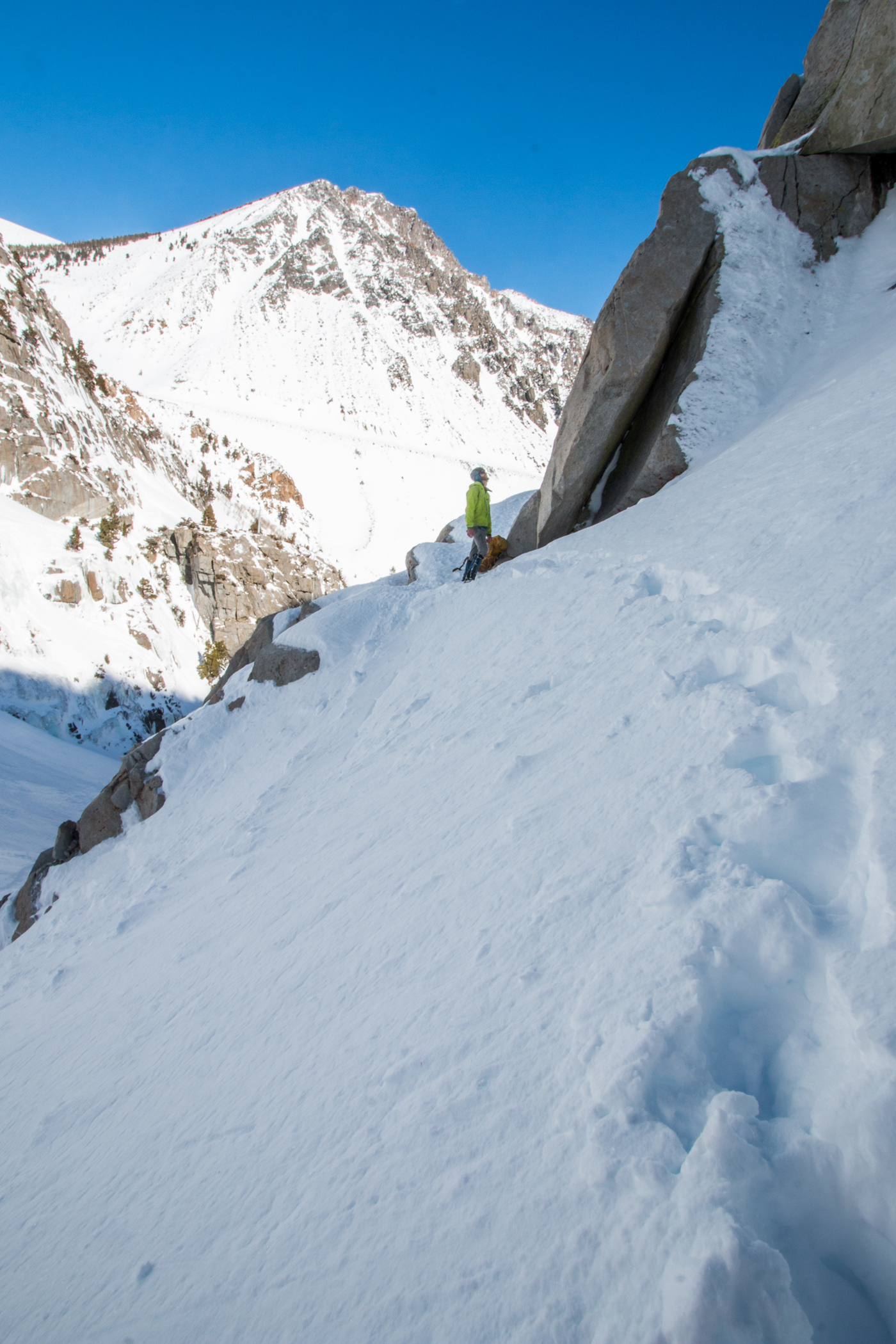 {Dakota Silvers getting ready for an ice climb in Lee Vining}

The moral of the story here is don’t let fear rule your life! Don’t look at something and tell yourself, “I could never do that.” How do you know until you try? Recognize the etiquette of whatever hobby you decide to do and dive deep into the culture. On that note, adventure on. 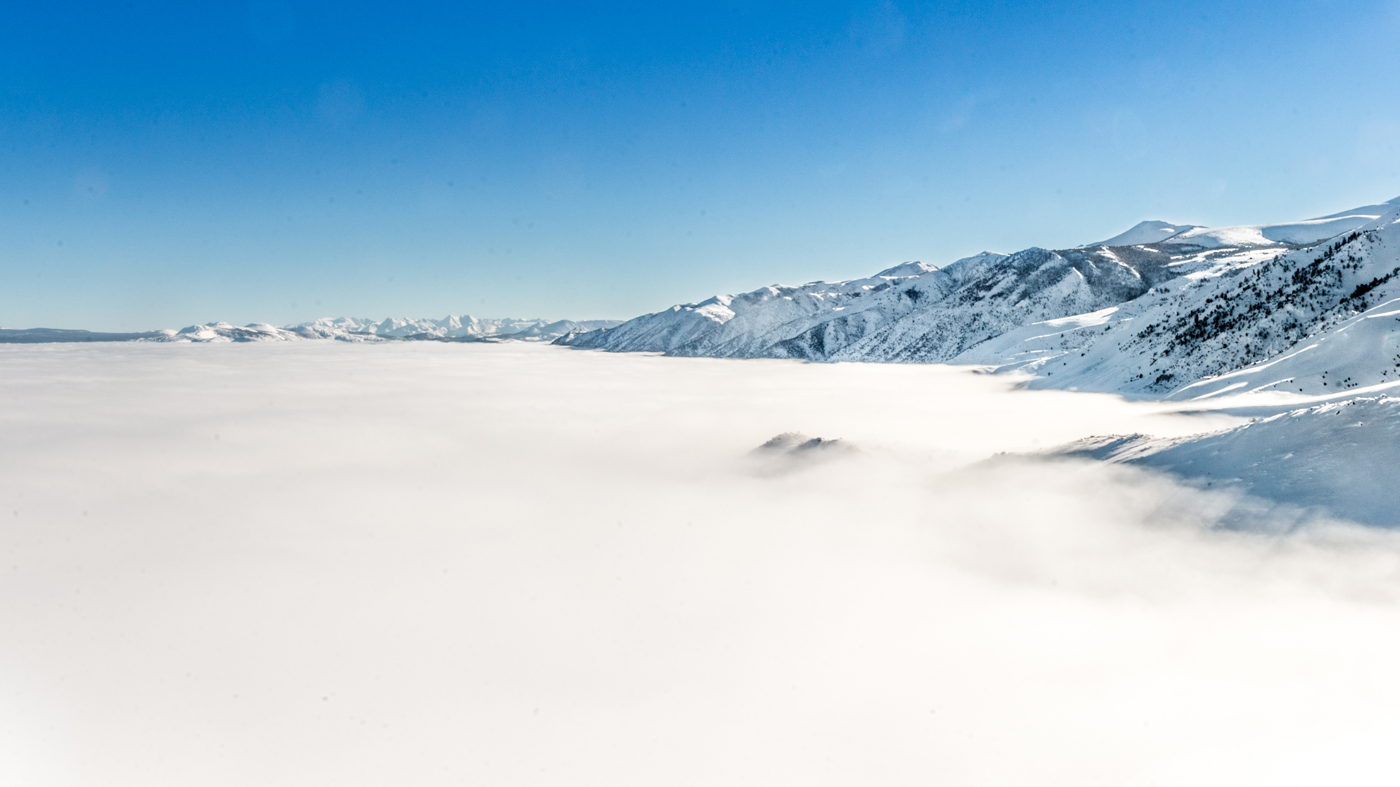