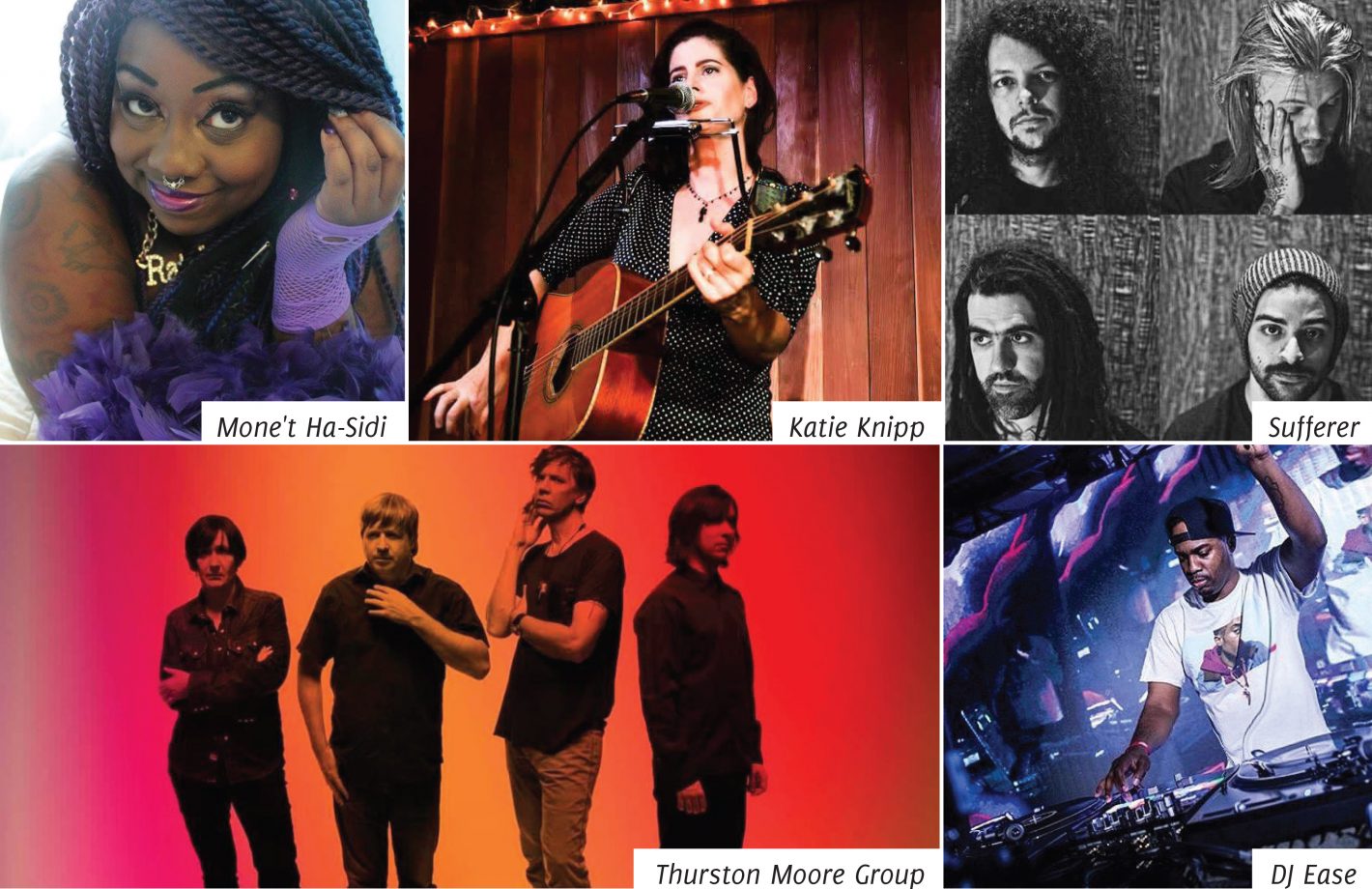 Typically the winter months are a slow time of year when it comes to concerts and fun events happening around town, but it seems like every year that notion gets further and further from the truth as Sacramento continues to become more of a year-round mecca for all things arts. Even between now and the end of February there is so much going on, so I decided to thumb through hundreds of ideas to pick out five upcoming concerts and events I think you should have on your radar. As always, if you have something going on you want Submerge to know about, email us the details to our general inbox, info@submergemag.com, or to me personally at jonathan@submergemag.com. Now get off the couch and go do something rad!

Three of the region’s most talented female singer-songwriters are coming together for a night of lovely tunes at Shine (1400 E St., Sacramento) on Friday, Feb. 16. Katie Knipp will open things up, followed by Rachel Wagner, with Brandy Robinson closing. Doors open at 8 p.m., all ages are welcome and the cover is only $8. Visit Facebook.com/shinesacramento to learn more.

One of the most influential figures in weird, noisy, experimental rock ‘n’ roll and founding member of the legendary group Sonic Youth, Thurston Moore, is bringing his all-star band to the Center for the Arts (314 W Main St., Grass Valley) on Tuesday, Feb. 20. The Thurston Moore Group is currently made up of Moore on vocals/guitar, Deb Googe of My Bloody Valentine and Primal Scream on bass, James Sedwards of Nøught and Guapo on guitar, and Steve Shelley of Sonic Youth and Sun Kil Moon on drums. As if that wasn’t enough, the Feb. 20 bill also includes Parquet Courts and Heron Oblivion. Tickets are $34, available online at Thecenterforthearts.org. This is an all-ages show.

A new post-hardcore/metal supergroup called Sufferer, which features Cory Lockwood from the popular Sacramento band A Lot Like Birds, Shane Gann from Hail the Sun, Blake Dahlinger of I the Mighty and Forrest Wright, is gearing up for their first-ever live performances, including a headlining show at The Boardwalk (9426 Greenback Lane, Orangevale) on Saturday, Feb. 24. They’ll be playing their entire kickass self-titled debut full-length album front-to-back at the show, so get to know it at Suffererband.bandcamp.com. Tickets are $10 in advance, all ages are welcome. Find more info and tickets at Boardwalkrocks.com.

Worldwide touring DJ and producer DJ Ease is making his City of Trees premiere on Saturday, Feb. 24 at MOMO Sacramento (2708 J St., Sacramento). Ease is a Red Bull 3Style USA DJ Champion, regularly tours with the popular rapper Young M.A, and has performed with legends like Beastie Boys, N.E.R.D., Grandmaster Flash, Nas and many others during his career. DJ Ease is currently based in Las Vegas where he holds a residency at the Hard Rock Hotel’s REHAB Beach Club. Visit Momosacramento.com to snag $10 tickets to his show here, which is 21-and-over only.