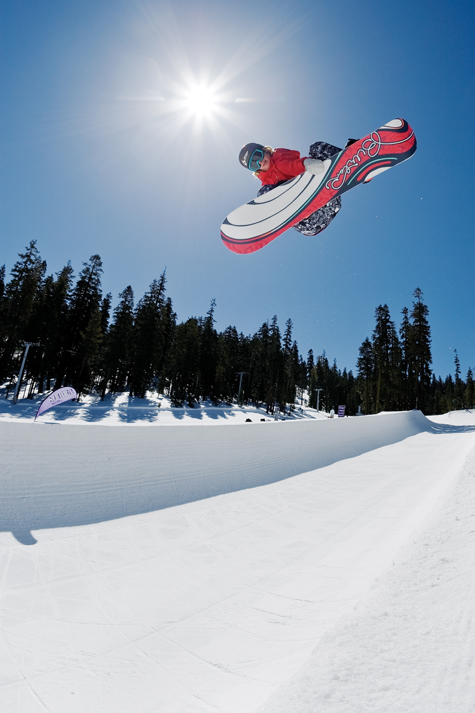 Above Photo by Tim Peare

Hannah Teter made her Olympic debut at the 2006 Winter Games in Torino, Italy. Just 19 years old at the time, Teter managed to bring the United States gold in the Women’s Half Pipe event, cementing her position as one of the most formidable female snowboarders in the world.

However, in the years since her gold medal victory, Teter—a South Lake Tahoe resident—has used her fame to help others. Her charity, Hannah’s Gold, uses the sales of maple syrup to sponsor the Kirindon village in Kenya. The proceeds from syrup sales, as well as all of Teter’s winnings from snowboard contests, pay for the village’s school fees, provide tools, support sustainable farms, provide assistance to HIV patients and fund clean water projects.

Syrup is a Teter family tradition. Born and raised in Belmont, Vt., Teter and her family would make syrup together in the spring. Another Teter family tradition was snowboarding, which is how young Hannah got her start. The youngest of five siblings—Hannah is the lone girl—she would do her best to emulate her older brothers.

“I would go out in the back yard with my brothers Abe and Elijah and strap on the Mogul Monster,” Teter tells Submerge.Ã‚Â “I don’t remember being scared.Ã‚Â I just wanted to try to keep up with them.”

With another Winter Games upon us, Teter is once again a member of the U.S. snowboard team with her sights set on another trip to the podium. She took time out of her busy Vancouver schedule to answer a few of our questions via e-mail, filling us in on her philanthropic endeavors and why she can’t wait to get back home to Northern California. 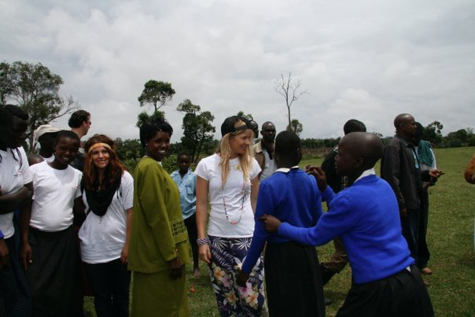 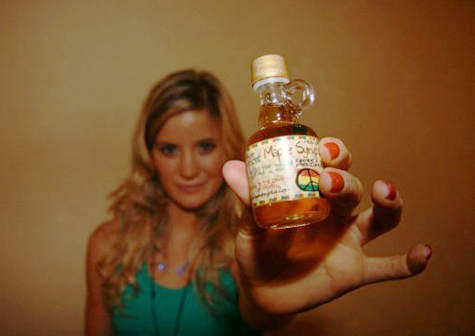 Hannah’s Gold is a pretty lofty creation in terms of charity work, especially since you started it at such a young age. Can you remember the first moment you became interested in charity work?
My mom says that I always tried to protect little animals when I was a little kid. I had lots of pets that I would take care of. We had a few ferrets, some gerbils, a couple cats, a dog and some farm animals. My parents really raised me to be a caring person. I owe a lot to them. By the way, look for our new charity-funding underwear dropping this month at Sweetcheekspanties.com.

Do you think you would have picked up snowboarding without the influence of your older brothers?
Snowboarding is so amazing that I can’t imagine living life without it, but I’m sure I wouldn’t have gotten involved with it as much without my brothers.
Ã‚Â
When you were young, how much was snowboarding a serious part of your life? When did it go from being a hobby to a staple of your life?
I remember trying hard to push my limits with snowboarding when I was pretty young. I would watch my older brothers just go huge and I wanted to go huge, so I guess I was serious about it from a pretty young age. When I was 15 I started to win some cool events like the Burton U.S. Open, and I knew then that I could really make a living out of this whole thing.
Ã‚Â
How much time do you have for social things like friends or boyfriends?
I try to spend a lot of time with my boyfriend when I’m home. He travels with me sometimes, too, which is nice
Ã‚Â
If you were to attend college, what would you like to study?
I’d like to study something related to nutrition. I think that’s one of the most important things we’re facing right now and a lot of people [don’t] pay much attention to it, unfortunately.

You mention in your bio that yoga is one of your hobbies. How much time are you able to devote to yoga, and what about yoga is intriguing?
Yoga makes you feel great. I try to get at least get an hour or so a week in.
Ã‚Â
For you, what are a couple of the ultimate songs that you like to listen to while snowboarding?
“I Gotta Feeling” by Black Eyed Peas and “Wavin’ Flag” by K’naan.
Ã‚Â
Can you remember a particular moment when you were snowboarding that felt completely blissful and perfect?
There were quite a few moments last year riding powder up at Sierra-at-Tahoe that I felt that way. I can’t wait to get some powder turns in after the Olympics.
Ã‚Â
You’ve been interviewed multiple times for a number of publications. Does it get tiring to be in the spotlight so much?
It does get tiring sometimes, but I feel like to waste that chance because I’m tired is something I’d regret when I’m older.
Ã‚Â
You’re known to be pretty fearless on the slopes. Is there anything that you are afraid of?
McDonald’s and any fast food restaurant
Ã‚Â
After your knee injuries in 2006, are you more hesitant to be as daring on the slopes for fear of being injured again?
I’m 100 percent healthy and feeling very confident. 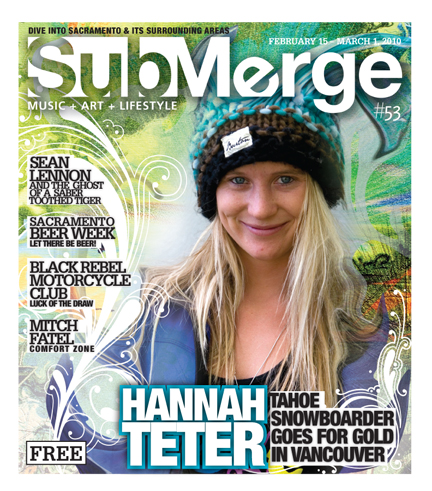 Watch Hannah Teter and the rest of the U.S. Winter Olympians on NBC. Check local listings for coverage information. For more information about Hannah’s Gold, go to www.hannahsgold.com.