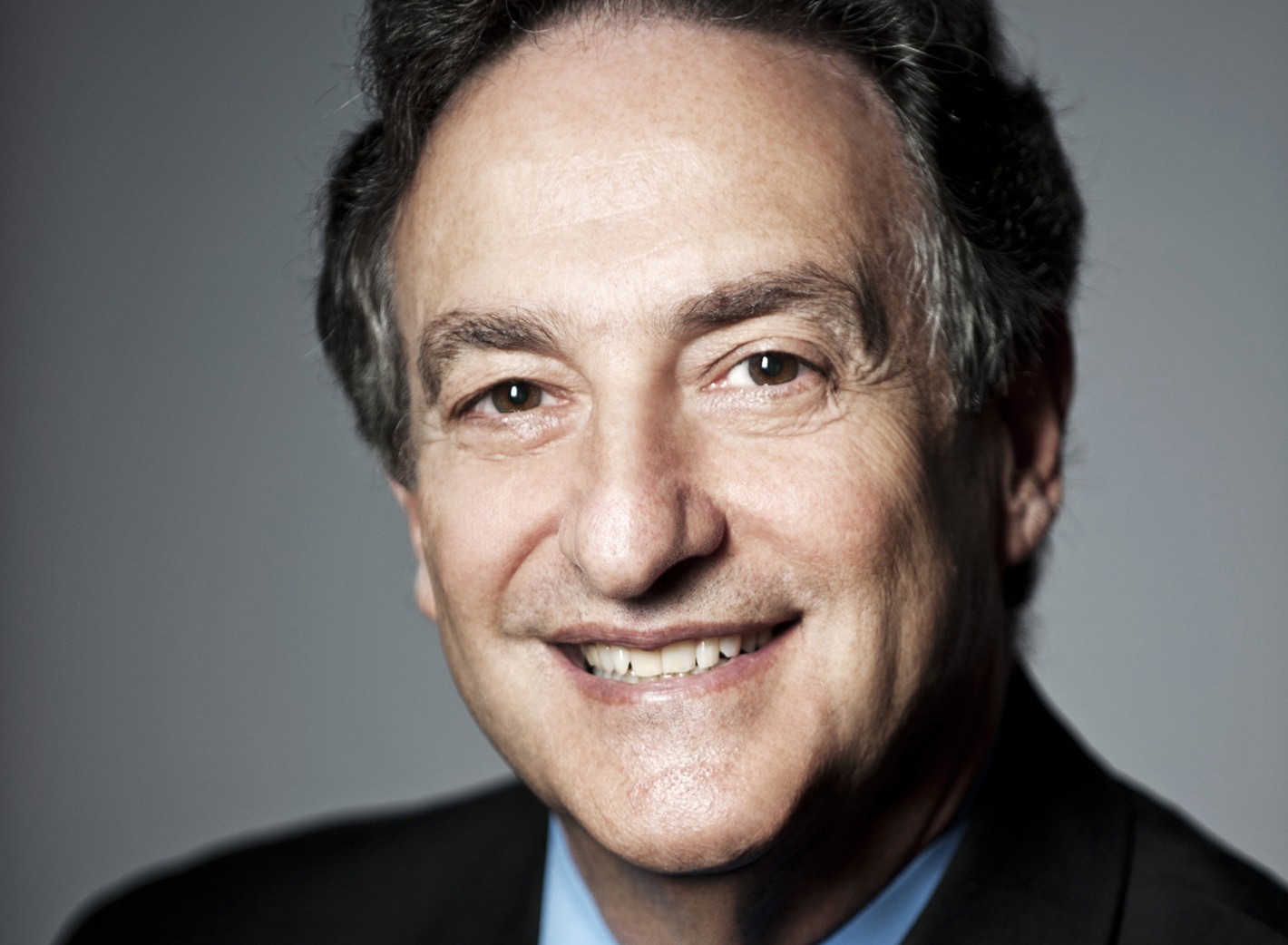 Every Friday across America, those looking for coverage of the latest developments and discoveries in science turn to a decidedly less-than-cutting edge device: the radio. Now in its 25th year, Science Friday is a weekly call-in show covering science and technology heard by 1.5 million public radio listeners every week, with hundreds of thousands more tuning in via podcast.

Hosted by the inimitable Ira Flatow, Science Friday’s roster of past guests reads like a who’s who of modern mainstream science: Elon Musk, Neil Degrasse Tyson, Jane Goodall. The show is produced by Public Radio International and broadcast on more than 370 public radio stations across the United States, including Sacramento’s Capital Public Radio, which is partnering with the Mondavi Center to bring Flatow and Science Friday to the UC Davis campus Sept. 24, 2016 for a live taping of Science Friday.

Flatow has been the host of Science Friday since the program’s inception in 1991. Before that, he was the host of the Emmy-winning PBS show Newton’s Apple and a science reporter for CBS This Morning and NPR’s All Things Considered. But Flatow does more than just lend his instantly recognizable voice to the show; as founder and president of the Science Friday Initiative—the nonprofit behind both the radio show and it’s growing online presence—he’s also the driving force behind Science Friday’s long-term mission of increasing the public’s access to science and scientific information. Among other things, this means he gets to pick the locations for the handful of yearly tapings of Science Friday outside of the show’s usual New York City studio.

“About four times a year, we go on the road,” Flatow said by phone from New York, about the show’s upcoming event in Davis. “It’s very difficult to decide, a lot of people want us to come visit them so it’s a tough choice sometimes.”

During the course of a 30-minute question-and-answer session, Flatow still sounds genuinely excited about getting behind the microphone every week, even as Science Friday prepares to celebrate the program’s silver anniversary. Especially when it comes to taking Science Friday to new audiences through social media and podcasting, Flatow exudes an infectious curiosity for science and technology which has helped make the show into an institution.

Have you been out to Davis before?
We have. A few years ago we did the program from UC Davis and we took a tour of the campus and the special gardens they have there. California being such a special place, with so many natural events taking place, we thought it was time for another visit.

How is Science Friday different when you’re doing it from the road?
Our show on a normal week is from a studio where we do it all live. When we go on the road, we will pre-tape our show with a local audience of people coming in to view it live and we add extra, added attractions. We’ll do something where the audience participates and we’ll do about a 90-minute, live-audience program with audience participation. Then we’ll take the best part of that 90 minutes, cut it down and we’ll make that one hour of our Friday show. For the second hour, we’ll go to KQED in San Francisco and do a live radio show like we normally do every Friday, just from San Francisco instead of New York for that other hour.

I would imagine that having the live audience makes the show a little more interesting to put together.
It’s like old-time radio. Radio is certainly not done very much in front of a live audience anymore. It’s got elements of a stage production. It’s a feeling … as someone who’s been in front of audiences, having worked in lots of television and in radio and on stage, when we have an audience live, it’s such a different kind of vibe in the room. You always hear actors talking about doing theater and how much they can feel the audience there with them, and that’s very much true when I’m sitting on stage with my guests and there’s 1000 people out there. You can feel them there, they laugh, they react, they applaud. So I really love that feeling of being with the live crowd. It’s very organic.

You’ve been doing Science Friday for 25 years. What’s changed over the years?
When we first started 25 years ago, first of all, there was really no internet. I mean, there was an internet but there was no world wide web, there was no web browsing or anything like that. In fact, we did a show in 1993 called “What’s This Thing Called the Internet?” and we actually broadcast it on the internet. We did the program from New York and sent it out to Xerox PARC in Palo Alto. They digitized and sent it out on the internet for those few people in laboratories that could listen to it in those days.

We were the first show to podcast on public radio. We were basically the first national show to ever be carried on the internet. We’re a science show, so we figure that because we report on cutting-edge news, we should do cutting-edge things. Whenever there’s an opportunity to do something new, like social media, we do that. We also were in a virtual reality called Second Life. I’m not sure if you’re familiar with that?

Definitely.
We had a whole presence in Second Life. We broadcast a show in Second Life, and we had all these avatars that would come in their garb and sit in a circular, made-up virtual reality place in Second Life and actually ask questions. Then we moved to Facebook; we have Twitter. We have, if not the largest, one of the largest social media communities of any public radio show.

Has that been a challenge for you, to stay on the leading edge of all these new social media technologies?
Well I have a staff that does that now [laughs]. But in the early days, I helped write HTML code for our website. So did our director, Charles Bergquist; he actually created our first, very crude website. But now we have dedicated people working on it. We have a couple of social media people who are Tweeting and Facebooking and keeping our social media efforts going all day long. If you join up and follow us on Twitter or Facebook, you’ll see new things happening almost every minute, new content.

Is it hard, especially on social media, to distill some of the complicated subject matter that you cover on Science Friday?
It’s a challenge, but I’ve been in this business of science reporting for over 40 years. And I’ve worked at all the media: I’ve worked in radio, TV, and online. It is a challenge, and I enjoy the challenge, of finding ways to describe in layman’s terms some of the complex ideas that we deal with sometimes. And It’s really a lot of fun to do that, to find a way to do that, finding ways to do that and finding experts who are skilled in boiling down concepts. What’s very surprising, we have social media running while we’re on the air—we’re Tweeting at the same time the program is going—and sometimes we think that some topic we take, maybe it’s physics, maybe it’s quantum mechanics, we think that we’re getting too much into the weeds on some of these things and getting into so much detail. But it’s amazing to see the spike in the audience. You can literally, in real-time, see the spike in the social media audience that’s eating this stuff up. They love that kind of detail. They love to hear about how the world works and the more detail we can give them, the more they love it. We realize that not everybody is a geek and not everybody is into social media as much as some of these people, so we try to find a balance.

Do you find that, in general, people are more interested in or knowledgeable about science now than they were maybe 30 years ago?
That’s a good question. I think it’s a myth that the public doesn’t like science. I think it’s true that they don’t understand how science really works, they don’t understand the process. They don’t understand that science is a method that’s built on failure, that there are more failures than there are successes … They’ve probably never seen a scientist their whole life, never met one. They don’t know what scientists are like. They have an idea that science is this giant book of facts that sits on your desk and that you look it up and get an answer to it, when actually it’s a process; it changes all the time, what we know, and knowledge is obsolete after a while.
So, they’re not quite sure how science works and what scientists do, but they love to talk about it. They love to hear about it. When you can give it to them in a way that they understand it, and understand the implications of it, they love to discuss it. Because really, science is talking about the big issues in our lives. Science is talking about the same things that theologians and philosophers have been talking about for centuries and that is where did we come from and where are we going? And science has a way of using data, experimentation and critical thinking to answer those questions. 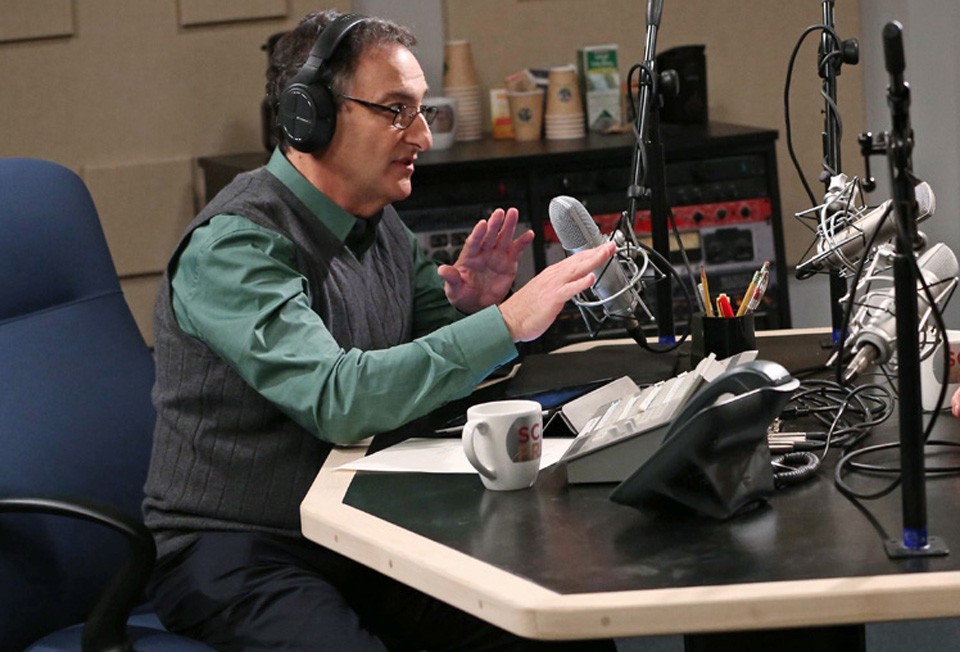 Be part of a live taping of Science Friday hosted by Ira Flatow Sept. 24, 2016 at 8 p.m. at the Mondavi Center, located at 1 Shields Ave. in Davis on the UC Davis campus. Tickets range from $12.50–$55 and can be purchased online at Mondaviarts.org. Learn more about Science Friday and the Science Friday Initiative at Sciencefriday.com.