Sacramento Skater Stefan Janoski Gets His Own Signature Shoe

It’s Gotta Be the Shoes

In 2005, Nike dug their fingers deep into the world of skateboarding by releasing a signature shoe by Paul Rodriguez, poster boy for the Nike SB campaign. Four years later, after compiling a team of remarkable talent—Brian Anderson and Omar Salazar to name just two—the next in line was Stefan Janoski who joined the roster in 2005. A Sacramento resident who hails from the nearby city of Vacaville, Janoski is one of the nicest guys in skateboarding and when you see him on the board it’s immediately clear why Nike has chosen him for their next signature shoe release.

Janoski’s style is fluid, always landing tricks over the bolts whether he’s destroying handrails or whipping out his signature 360 flips. His stylized version of the trick captivated youths around the world when Transworld Skateboarding released a how-to video of Janoski explaining the basics of 360 flips. In charismatic fashion, he performed the stunt on the street, in the skate shop and even at the grocery store while picking up some Cocoa Puffs. In two years time, the video has had over 2 million views and has made him into a recognizable face in the skateboard community here in the U.S. and especially abroad. Celebrity isn’t the best adjective to describe Janoski, though. Genuine might be more appropriate as it best describes his infectious personality, his passion for skateboarding and his outlook on life.

Janoski was born to ride a skateboard and at 29—his 30th birthday lands in July—he’s skating better than ever. For him, age is just a number.

“I feel like I’m 17.” He says. “Thirty-three will come around and I’ll still be doing the same thing. That’s pretty cool.”

Pretty cool indeed considering the fact that skateboarding is centered on youth culture. The average age of the Nike SB team is 31 (its senior member Lance Mountain is 45). It seems that age and experience were deciding factors in the selection process, but then there’s that Paul Rodriguez guy. At 24, he’s the youngest skater on the team, and subsequently the first to receive a signature shoe. But that was then and Janoski is now and he’s excited for the release of his shoe in early May. 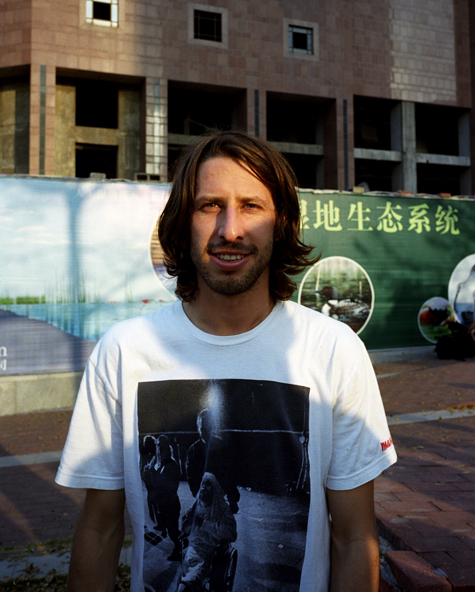 You have a shoe coming out for Nike pretty soon. Is that a really important landmark in your career or does it just feel like a natural progression for you?
I guess it’s sort of a landmark just because I’ve never had a shoe, and it’s pretty common nowadays for people to have a shoe. It’s kind of taken me a long time, just because I’ve never really been set at a company where I really wanted to get that deep and involved and stick around for that long. So usually I’ll talk about having a shoe with a company, and then I get cold feet and don’t really want to stay there.

You have commitment issues?
Yeah [laughs]. It’s pretty cool, though, that I’m finally getting a shoe and also that Nike is finally open to giving people shoes. They’ve always had Paul Rodriguez, who has a shoe, and he was the only one.

Why was it like that?
I’m not sure exactly. I think they were trying to make it a really big deal or”¦I think what they realized is that they have to expand more. There’s a lot skaters out there nowadays, so to really stay in skating they have to have more than one person representing. It’s pretty cool. I’m excited because it’s a shoe I really like.

When does the shoe come out?
They come out on May 8.

How much input did you have in the design and construction of your pro shoe?
A lot of input actually, I had total input. I don’t know if they expected me to get as involved as I did. At first they had samples and prototypes of other shoes already, but it wasn’t what I was going for. So then we started, me and this guy James, from scratch. I brought in a bunch of shoes and kept telling them what I wanted.

You’d bring in examples of other shoes that you liked or what?
I’d bring in a shoe and say that I like the toe on this shoe, and I like the lace hole on this shoe and the tongue on this one—put them all together. I think I had an old Vans a Sperry Topsider and a Converse All-Star. They wanted to use a cup sole at first, which is like a Dunk or a normal sneaker, but it just wasn’t really getting the shape that I wanted. It took a really long time, because we did other stuff first and so this shoe didn’t come around for a while. But then once the prototype came about, it was the best.

That’s surprising, because it seems like Nike would be more overbearing with the product that they are putting out.
I’m a little bit of”¦ If someone’s going to give me a shoe, I’m going to get like, “It’s my shoe!”

Oh, so you’re a bit of a diva?
I don’t know. I just really care. If I’m going to have it be mine, then I want it to really be mine. I don’t have a problem not having a shoe, if it’s not going to be what I want. It sucks to have something with your signature and then hate it. At first they fought it because Nike doesn’t really have this style of shoe. They have everything else and that’s the main reason I wanted it to look like that.

How does the pro shoe thing with Nike work? It looks like from the video footage I’ve seen you’re able to skate it for a while before it comes out. Is there like some sort of test run period?
They’ve been around. I’ve had them for a year, I think. I actually wear the sample size, which is a 9. 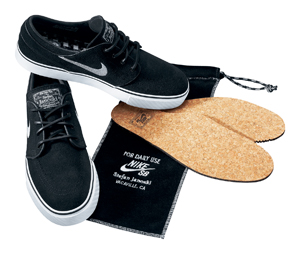 Sample size?
Every shoe’s prototype is made in a sample first, but all samples are a size 9. So I was able to wear my shoe way before they made a sample just for me. I’ve only skated in two pairs that weren’t samples.

How do they skate?
Actually, they are 10-times better than the sample. They’re so much more comfortable. They’re quality. Not only are they a cool shoe to wear, but they’re exactly what I want to skate in.

You live in Sacramento, but I know that you are originally from Vacaville. Most people I meet talk a load of shit about that place, but you put the city on your shoe! Are you getting some serious Vacaville love for that? Have they given you the key to the city or what?
No! I don’t know if Vacaville even knows about it. I probably know three people in Vacaville. Maybe five if you count my parents, so”¦yeah.

So, there are no strong ties to Vacaville then?
It’s a joke for me because people really have hometown pride and like to represent where they’re from. People from San Jose are like, “Yo, San Jose is the best! Fuck!” I don’t know, I think it makes it even funnier that I have a shoe with Nike and it says Vacaville. Vacaville is a place that you grow up in and you’re supposed to leave. It’s a big accomplishment to not be there anymore.

But depending on who you talk to, the same thing can be said about Sacramento. Why stay in Sacramento?
For me it’s a home base type of thing. I travel so much and Sacramento is so mellow, there’s no traffic and it’s so quiet. I can come here and just hide out and go skate with Brandon Biebel and those guys. It’s just a hibernation place for me now. I’m traveling constantly and waking up in a hotel in some city somewhere and going skating everyday. So when I come home, it’s hard to wake up early and say, “I’m going to go skating and eat shit all day.”

From what I’ve read, you’re not too into the competition circuit. In fact you don’t place all that well! Is it because you just don’t care all that much? Why do some skaters love it and others like you just not get into it?
I mean, I’ll enter a contest, but it’s hard for me to really care; to really go out there and try to put a run together and work really hard! Contests are an entirely different way of thinking about skating. To me, it’s a way to make money off skateboarding. People win a lot of money in contests but I don’t think that it really has anything to do with skateboarding. It’s a way for people who are consistent and really like it to go and be competitive and win some money and all that. But it’s the smallest percentage of anything that has to do with skateboarding. Most people started skateboarding for the exact opposite reasons. They weren’t competitive, they didn’t like sports and they just wanted to go out and have fun and not stress. I enter contests and if I win a little bit of money, yay! But if I totally fucking lose, then it’s like, “Oh well.” When I started, you didn’t train or practice skateboarding for a big match, you just went skating everyday. Some days, maybe you’re just sitting around on a red curb all day just bullshitting with your friends, you know?

How is the swine flu affecting skateboarding?
I don’t know. I had bacon yesterday. I think it’s a rumor! Isn’t it just on the East Coast? Whatever, it’s population control. 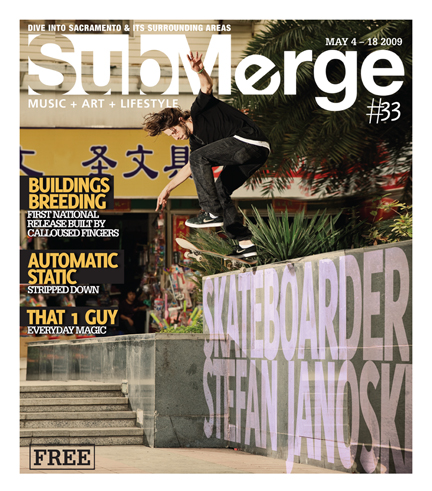