The Manual for Success 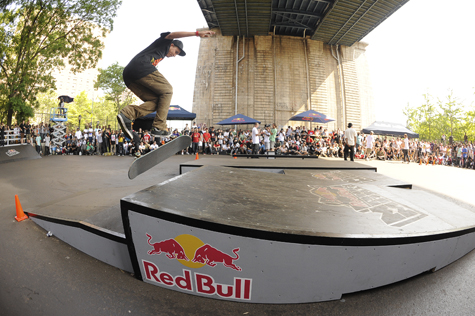 Guangzhou, China, is a prime location for skateboarding. Everything is brand new, there is marble everywhere and the likelihood of getting kicked out for pushing around on a board is slim. That’s because security guards are too busy watching in awe. So says pro rider Joey Brezinski, anyway, who visited there recently.

“It is one of the best places I’ve ever skated in the world,” he says over the phone from his home in Venice, Calif.

While the sight of Brezinski flipping tricks may be foreign in parts of China, skateboarding is catching on in many regions around the world. Whether he intended to or not, Brezinski has facilitated the process by coming up with a unique skate contest that, in its sixth year running, now spans five continents and 12 countries, attracting participants anywhere from the United States and Chile to Sweden, South Africa and the United Arab Emirates. Red Bull Manny Mania is a skating competition concentrated on the manual, one of the most basic, fundamental skating tricks around.

There are nine amateur qualifiers taking place in the United States alone. Sacramento will host a Manny Mania qualifier this month for the first time in three years, being the only qualifier taking place on the West Coast in 2012.

For those unfamiliar with skate-speak, a manual means that a skateboarder balances on one end of the board while the other end comes off the ground, moving forward all the while. In other words, it’s the skateboard version of a wheelie.

It may seem relatively straightforward, but it’s harder than it sounds.

“It’s a lot more technical,” Brezinski explains. “Instead of having to go big or find a gnarly ramp or handrail, I try to stay low to the ground and maneuver the board more.” 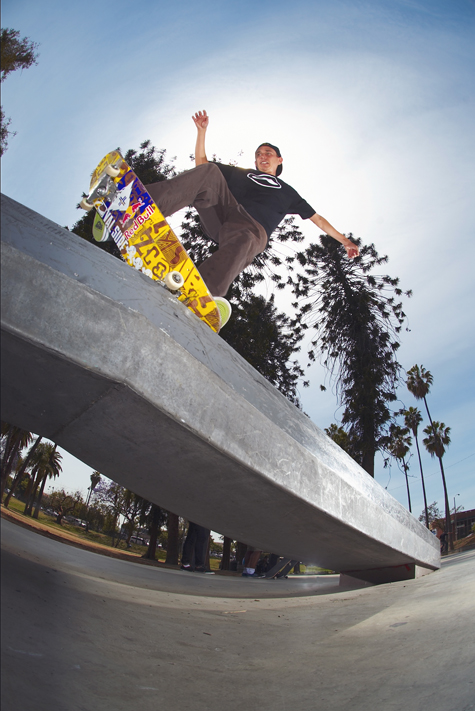 The competition demands creativity. Beyond performing the manual, competitors are expected to tie in a variety of other skate tricks into a smooth combo. A sequence might sound something like: a perfect nose manual to late flip on the high box. Again, to the non-skater this is gibberish. The bottom line is, this stuff gets complex.

To top it off, each round lasts eight minutes, during which the rider has to maintain fluidity. The rider who demonstrates the most consistency and control, in addition to the most tricks, wins.

“It’s a lot of balance and endurance, I like to say, because the contest is like running a marathon,” Brezinski explains. “You try to do as many tricks in eight minutes as you can, and it’s pretty exhausting.”

Thus skaters like Youness Amrani come forward–the 2009 Manny Mania championship winner–who, according to Brezinski, are taking things to the next level. One of the most memorable big stints Amrani pulled involved a kickflip manual backsmith, Brezinski says.

As the competition has gained popularity, more and more riders have come to the table to compete at both the professional and amateur level. Big names like Kenny Anderson, Danny Montoya, Daniel Castilo, Brandon Biebel, Jason Dill, Eric Koston and Stevie Williams have shown up in past years. The contest has also brought names like Sewa Kroetkov to light. He was relatively unknown in the skating world until he gave Brezinksi a run for his money in last year’s competition.

What started out as a skate contest in Venice, Brezinski’s hometown, has evolved into a worldwide competition. Brezinski, who made his name debuting in the film Hello JoJo for the French company ClichÃ© Skateboards in 2006, approached Red Bull in 2007 with the idea of creating a manual skating contest. Red Bull was immediately on board, and the result was Manny Mania.

“It was something I always wanted to do,” Brezinski says of the competition.

In addition to the nine amateur qualifiers taking place in the United States, others are cropping up across the globe to draw new talent into the competition. Riders as young as 14 are entering the contest. Each nation’s finalist will compete in New York’s world final in August at Coleman Park; and the winner of the world final will return the next day to compete in the Manny Mania Pro Event.

Since its inception, winners have included Ronnie Creager and Eli Reed. Brezinski won the Venice competition in 2007, in addition to the pro final in 2008 and again last year.

Some years have proven more challenging than others. For instance, in 2009, Brezinski tore ligaments in his ankle prior to the competition while shooting the TransWorld skate video Right Foot Forward. 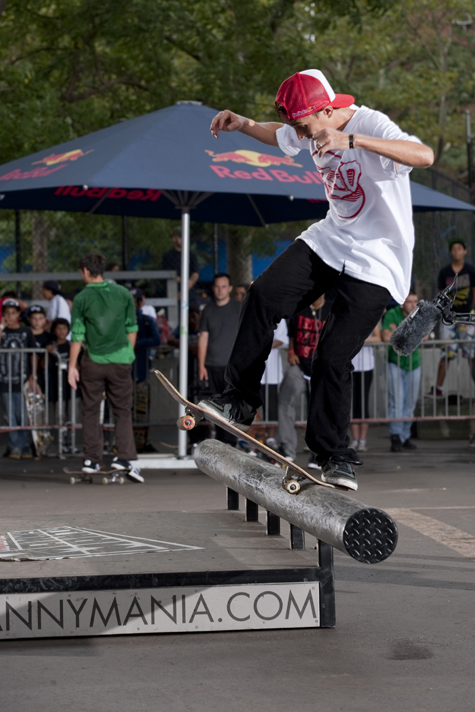 Last year he shot another video for the X Games Real Street contest. Aside from Manny Mania, Brezinski isn’t one to enter skate contests (it means more time spent traveling and less time skating the streets), but last year he made the exception to shoot the one minute of skate footage that, if it had been chosen, would have aired on NBC during the X Games.

“It was insane,” he recalls.

This year he is shooting yet another video, apparently, this time for ClichÃ©. It’s for a sponsor he loves. Whereas other brands don’t provide him many travel opportunities, ClichÃ© allows him to head to Europe every year for a visit. Still, anticipating this year’s competition, he vows to take it easier than he did in 2009.

Plus, he has energy to save for another big endeavor, namely his new business, Andale Bearings, which he just started with co-owner Paul Rodriguez earlier this year.

For Brezinski, the business world is new territory.

“Like skating, every day is a new trick,” he says.

Commanding a business with a mission to put the best bearings into skate wheels means fewer hours on the road and more hours at home in Venice. That leaves a couple hours a day at the skate park.

Yet, while exotic locations like Guangzhou will always have skating allure, Los Angeles remains one of his favorite spots to skate. Not only is it where the first Manny Mania went down, it’s also where he started out on a board at age 8 or 9. 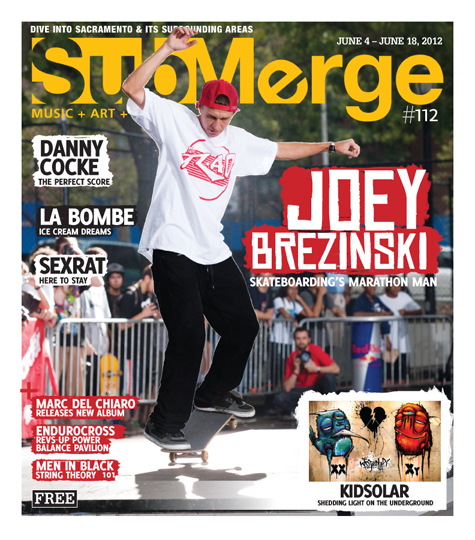 Red Bull Manny Mania’s only West Coast qualifier will take place in Sacramento on June 9, 2012 in front of the MARRS Building (1050 20th Street). The event is free and open to the public. Skaters can register ahead of time at FTC in Sacramento, PLA in Folsom or at the event starting at 3 p.m. Skating starts at 4 p.m. To keep abreast of all things Joey Brezinski, follow him on Twitter @joeybrezinski.