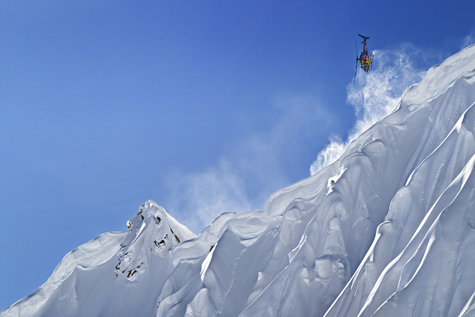 In celebration of the many upcoming Northern California screenings of The Art of Flight, Submerge recently caught up with two-time Rider of the Year John Jackson via telephone as the dreadlocked snow celeb cruised a sparkling gold Sebring convertible from Los Angeles to Tahoe. Read on to learn about his month spent filming for The Art of Flight with Travis Rice and the Brain Farm crew in Alaska.

Tell me about your decision to film with Rice and crew last year in Alaska. Was it a no-brainer?
I’m so glad I went on this trip. I was kind of up and down with it. Like, obviously I wanted to film with those guys. That was my main goal even though at the time it wasn’t really the main goal of all my other sponsors. It’s a tough thing, because for me that was what I wanted to do and what I think was the most valuable. But, you know, you’ve got to keep the sponsors happy. It was something where I had to decide, “Man, I’m just going to do this.” And Alaska is such a gamble. You can go up there and get nothing, you know, get shut down with weather the whole time but still have to pay all your minimums.

So you decide to go and meet up with the crew. What was your next move?
So, the game plan was, and all this really weighed a lot on my decision. I’m like, man, going out with Travis Rice, Mark Landvik and the whole Brain Farm crew to a new mountain range that not too many people have explored, it’s called the Tordrillo Mountain Range, just the whole idea behind this trip was right up my alley. We were taking this floatplane, a beaver plane, landing on the glacier and going out to this unexplored mountain range totally off the grid. That’s just what I love to do. 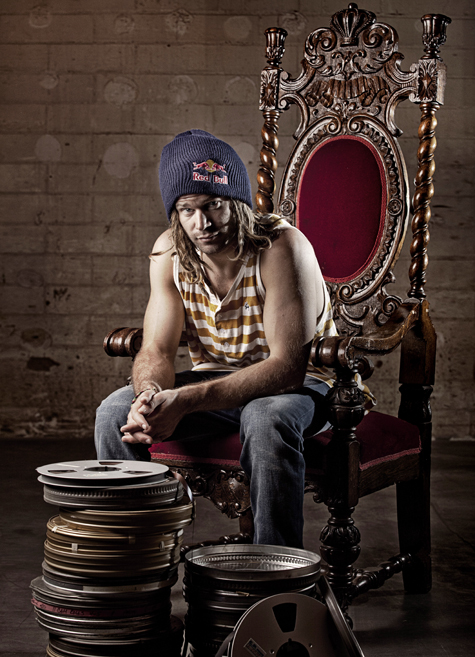 The Tordrillo range is 60 or 70 miles from any big city, so you’re way out there, right?
Yeah, it’s west of Anchorage. You’re off the grid. When we first got out there, there were no phones, no Internet, no nothing. You’re just like cabin fever out there with your crew. But it’s cool. I love trips like that because you really bond with everyone you’re with. It becomes kind of like family for that month, and it’s really sad leaving after it’s over. But it was just the trip of a lifetime. It wasn’t my expectation, but it was my, “In a perfect world” situation. I’ve never got Alaska good like that, and seeing these new lines and new features and first descents, it was like Willy Wonka land up there, just freaking huge pillow lines and spine runs and anything you can imagine. I like the idea of being camped out away from everyone in this lodge.

I read there was satellite access and private baths and cozy beds and shit?
Yeah [laughs], it’s not necessarily roughnecking it up there. But it was so fun, I’d load up the shotgun with a bunch of slugs and go down river and try and go fly fish any broken spots of the river I could. Kept the slugs for the grizzlies. We saw a lot of grizzlies.

You guys were set up pretty nice as far as living situation goes! So you head out in the heli or beaver plane on good days and at the end of the day you’re coming back to the warm lodge, right?
Yeah. A lot of times out there, especially in the beginning of the trip, the weather had a tendency to clear in the afternoon so you had to be careful. You couldn’t wake up and be like, “Aw, another shitty day, let’s make Bloody Marys,” you know, because it would totally clear. And there’s nothing worse than having a good opportunity and messing it up because of something stupid like being all drunk or something.

You’ve spent time in Alaska filming before, mainly in Valdez. How does the Tordrillo range compare?
I guess the terrain has more variety. Valdez to me is more like big, consistent lines that are some heavy big-mountain riding. I think that Tordrillo has a little bit more variety to it. You can build jumps, a lot of spines, a lot of pillow lines. Pillow lines are awesome!

I look at you and Travis Rice as the ultimate backcountry-meets-freestyle ambassadors. What did you learn from Rice during this filming project and do you think he learned anything from you?
You learn so much watching other people ride, and it’s rad to watch Trav. There’s all kinds of different ways to ride a line, or scrub speed, or control yourself at a critical point. So yeah, I definitely critique everything I watch of him, and yeah he said some similar stuff to me. I think you do that with everyone. You totally gain knowledge from watching someone ride, that’s why it’s fun to ride with other people. But you do it with yourself too, everything you hit you kind of relate that to something you’ve hit in the past and be like, “OK I remember I needed this much speed,” it’s all experience and that’s just kind of how it goes. 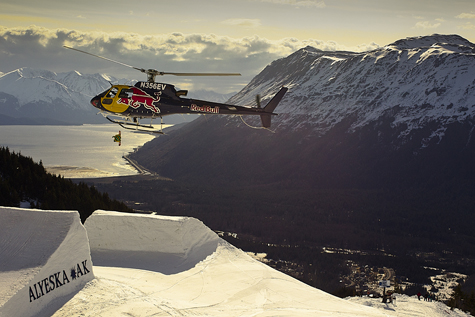 I read somewhere that one of your favorite parts of filming The Art of Flight was shooting a propane tank with a .50 cal! Must have been a pretty big boom.
That was pretty cool being up in Alaska, you know, guns are your friend. They had it all planned out. We had like three propane tanks or something. We’d shoot it with the .50 cal, and we got the craziest shot of one of them. So you shoot it with the .50 cal, it’ll pierce the thing and make it like a rocket ship and then immediately after you have someone set up with a twelve gauge with flares. Immediately after you shoot the .50 cal, the flare goes off and then it explodes. We got one shot where you see the propane tank in there air like a freakin’…you ever take Piccolo Petes fireworks and crimp the end of them with some vice grips? I used to do this when I was young, and then I’d light them up and they turn into like a rocket.

So this was a giant version of that, basically?
Yeah, totally! Just like rocketing and you never know which way it’s going to go. But this one in particular, we got all slow motion with the Phantom HD so it’s all up in the air doing circles and then here comes the flare and bam, just explodes the thing!

I bet that will make the final cut in some form or another.
I’m sure, yeah. They’re going to have a lot of good wildlife shots, obviously a lot of good scenery, mental snowboarding and just some crazy activities.

What do you mean by “mental snowboarding?” Do you mean scoping out your runs and looking at topographic maps and stuff?
I mean it in every which way, yeah. A lot of planning and just things that shouldn’t have been done, you know, like, “that shit was mental!”

CLICK HERE to read an extended version of this Q&A where John Jackson talks about an unnamed upcoming film project with Red Bull, rehabbing his injured knee, his new “resort” home north of Truckee, Calif. and much more.