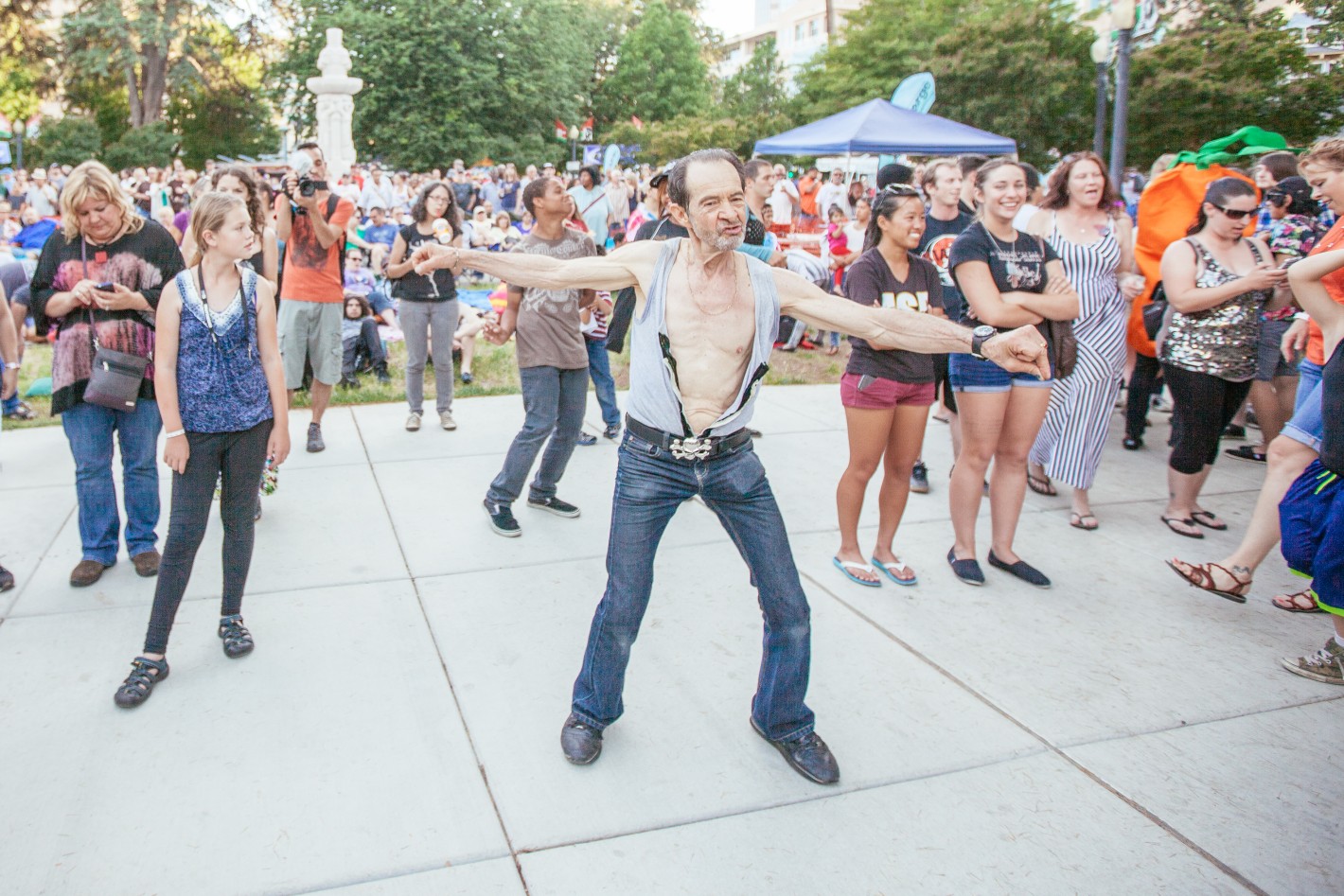 Kenny the Dancing Man: Who the Hell Does He Think He Is?

A Japanese proverb goes like this: “We’re fools whether we dance or not, so we might as well dance.” Other adages draw connections between the act of dancing and pure joy, or at the very least a sense of “FUGGIT,” to lessen the blow of mundane, grueling life.

Kenny the Dancing Man, an often shirtless, wacky and mischievous dancing fixture at many indoor and outdoor Sacramento music events, has figured out a way to find happiness in spite of bipolar disorder and the soul-sucking ho-hum of the daily grind. Dancing, you are probably thinking, due to the lead in. Nope. It’s girls.

But dancing gets him center stage in a sea of free-spirited and open-minded girls that will dance, talk and laugh with him. Plus, it’s a good workout (hence the Iggy Pop lookin’ figure), it’s fun and it makes uptight patrons feel uncomfortable—a real perk for Kenny.

I sat down for a Q&A with Kenny the Dancing Man on his way to Concerts in the Park, but it was really a bunch of “A” and not a whole lot of “Q.” Listening to him talk was just as amusing and unusual as watching him dance. 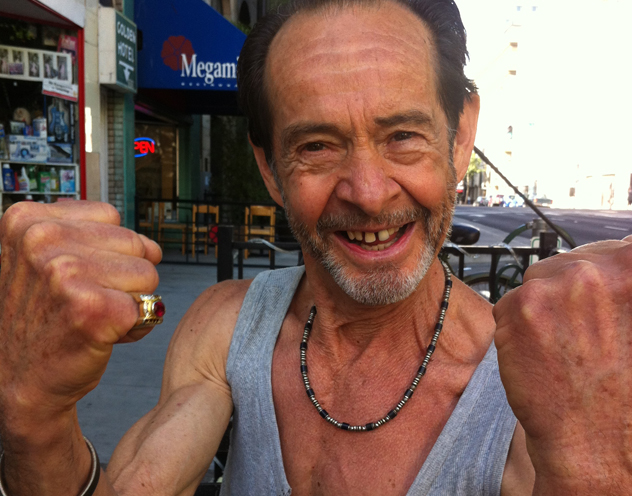 What kind of dance were you trained in?
It’s an ongoing thing, like forever! I’m with a ballroom in California where they are training me to be an International Latin Show Dancer! International Latin Show Dancing is a little known world that not a lot of people know. Everyone knows hip-hop, breakdancing. They’re jumping up and down like cockroaches on crystal meth, but it’s for children and teenagers, and when you get older you will never dance with a girl. NEVER. All they’ll do is dance with boys and kiss the concrete. That’s all they will do! If you look at their faces, they’re all young. My world is…samba, paso doble, cha-cha and rumba. We come out as big divas. It’s all about us, Niki; it’s all about us. We love that!
When I go out dancing, I’m practicing what I’ve learned in the studio—I’m practicing International Latin Show Dancing movements.
Girls want to dance with someone fun who doesn’t take a run at them, you know? Or make them feel like a piece of meat at Raley’s. I know that because I was a bartender most of my life, and because I have a background in dancing.
I dance with girls that are looking for boys to dance with. Is that such a crazy thing? I’m not into this bro and man cave crap. I’m into girls. I like girls, guns, God and Corvettes. I want to have fun like Donald Duck and Elmer Fudd, they’re my heroes!
I want to get my own TV show called The Dancing Man Hoochie Mama Show. I’ve got it all figured out. I want it to be like the Dr. Oz or Opera Winfrey Show where you talk about stuff, but I want to have fun, I want to talk about dancing and stupid stuff, I want to throw food at each other, I want to dance and do the weather, and just go nutty, and talk about the cumulus clouds that are accumulating over Yuba City while I dance with a girl. 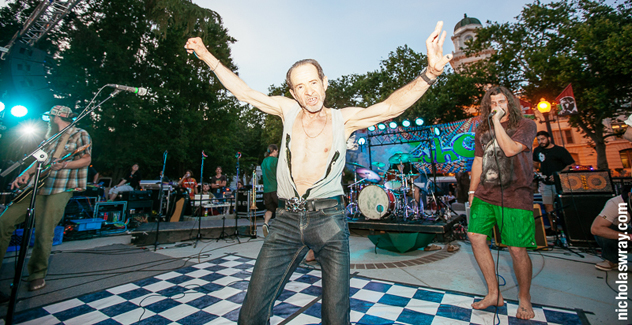 Eh, fuck ‘em.
Exactly! Screw them! I don’t care about them, because I only care about the ones that care about me. The old ones are fat and out of gas, and they see someone like me who comes at them like a bat out of Hell, and they don’t know what to do with someone like me! But the girls jump out at me and do their little hoochie coochie moves, and that’s the whole point. Have fun. We’re all gonna die. Life is short, and life isn’t fair. I believe in doing it now.

Do you work?
I used to be a bartender, but I have a bipolar disorder. I didn’t know what I had, I just knew something was wrong, and I got fired years ago because I couldn’t control it anymore. I was diagnosed with it and I had to go on pills, and I couldn’t work anymore. I felt like strangling people.

I feel like that every day, too.
Yeah! I just wanted to blow them off the Earth with a huge cannon and roll them over with a tank, so I wasn’t suitable to work anymore. But I loved bartending because I got to meet fun, sweet girls like you that made me laugh. I had to go on Social Security and disability, but I needed something to replace the social aspect, which I love so much. So I started dancing.

Why no shirt?
I want to show off this 125 pounds of eye candy! I’ve been working out with weights for 25 years, two or three times a day!
What I really want is television. I want the whole world, millions of people… I want to be on your aspirin bottle. I want to be in your rear view mirror. You can’t get away from the Dancing Man! He’s always there! You can’t escape him!

What is it that you like about the ability to command attention?
The fact that they’re forced to look whether they like it or not. I’m not a mean person, but I’m mischievous. My favorite thing is to find a place where hundreds of people are waiting in line for a show or something, and they’re trapped, and I’ll get out of my car and dance, and they have to look at me! They can’t leave because they want to go to some event—I love that! I like to make them uncomfortable, or freak them out, or irritate them, or make them love me. I like people to look at me and say, “Who the Hell does he think he is?!”
And I say, “Kenny the Dancing Man, for God’s sake!”

Where people gather, you’ll find Kenny. Look for him just about anywhere.