Can I Touch Your Light Sword? Of Course. Space Battle Sacramento 2016 at Fremont Park on May 4, 2016 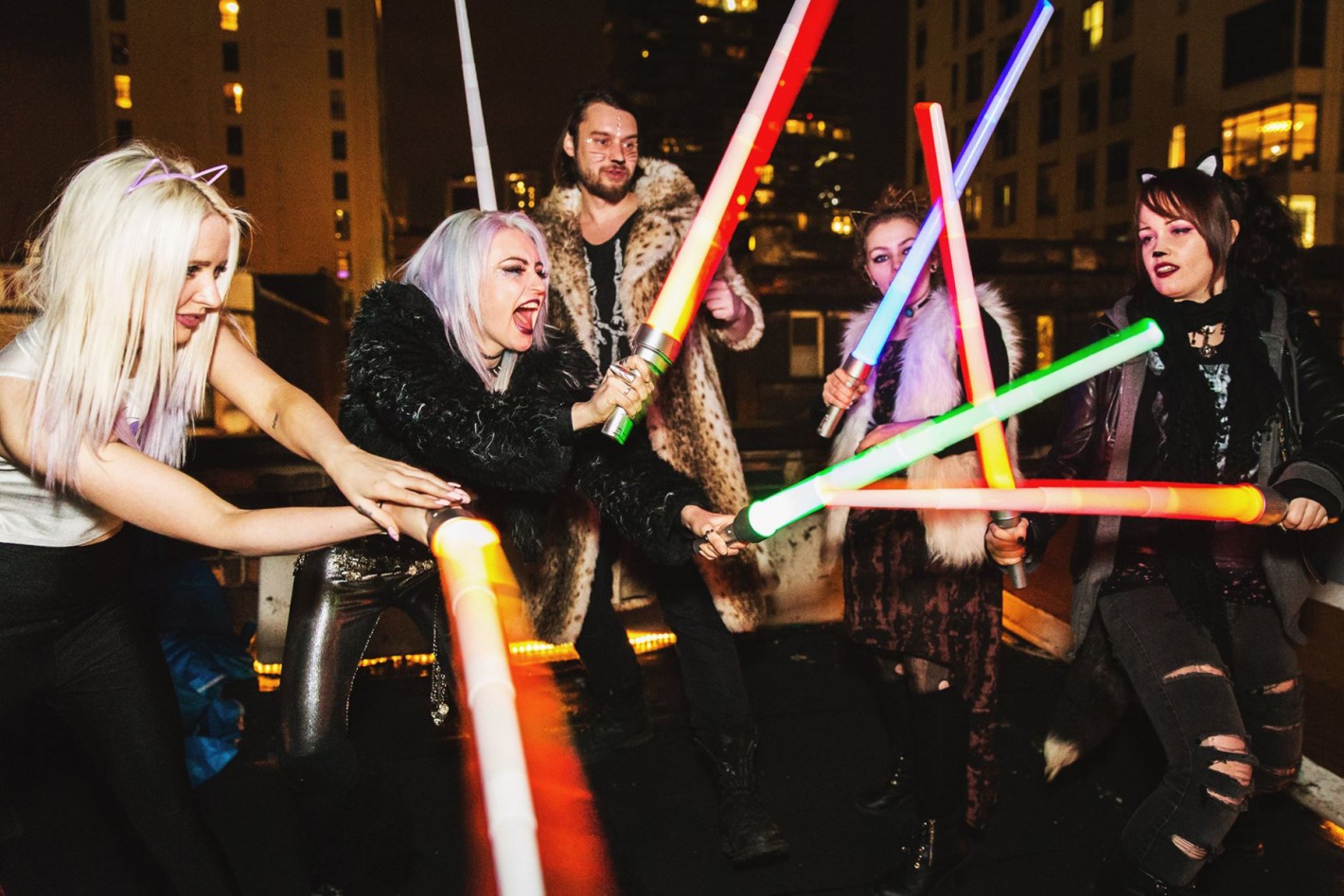 The cooler-than-dry-ice Cats in Space Tour is coming through Sacramento for one night. Starting at 8 p.m. (when the sun is down), people of all ages are encouraged to come fight it out to benefit the Make-A-Wish chapters of Northeastern California and Northern Nevada. This pop-up event is brought by the folks at Newmindspace, who have been doing cool stuff likes this for over 11 years. Last December, the group’s flash mob-style tactic worked and they drew over 2,000 people in San Francisco. Many good men and women lost their lives as well as little children (not really, but it sure sounds cool) after having a light sabre tear their worthless spine in half (again, not true). For the price of only $10, a catblade is yours to inflict pain upon the unsuspecting masses. A catblade is a cool weapon that lights up and says MEOW on its surface. These three-foot instruments of death (er, light) can change up to six colors. If you don’t find that the least bit cool, the staff at Submerge will take you out in the first three seconds of battle. Find out more at Catsinspacetour.com.