No Coast is the Best Coast 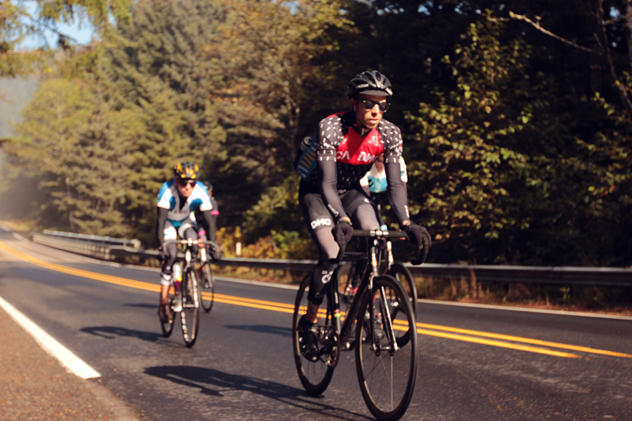 Eight hundred and four miles in seven days, 26,000 feet climbed and about 44,000 calories burned were all well worth it in the end for cyclists Shawn Remy, Adam Beltz, Darin Morgan and Josh McCann. Their starting point: Chrome Industries in Portland, Ore., with San Francisco as their ending location. During their endurance-heavy journey, the guys rode track bikes (or fixed gears), meaning constant pedaling remained the only option mile after mile. Coasting was out of the question. PedalHard team manager, Remy, organized the idea and wanted to document the group’s experience, so he enlisted the filmmaking skills of 22-year-old Bobby Gee. With a GoPro taped to the hood and a handheld Cannon T3i, Gee captured Remy, Beltz, Morgan and McCann’s entire venture up and down the Pacific Northwest coast, forever cementing their achievement in the short documentary No Coast. 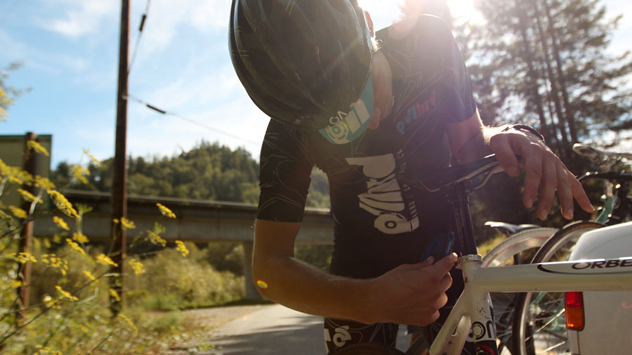 “When you have a track bike, you deal with what you have in front of you,” explains Remy. “It’s your push and your motivation to make it on that single speed. For me, [cycling] is more mental. It’s just a passion that I have. I am so intrigued by how it makes me feel.”

The whole project began with Remy’s urge to ride 200 miles from Sacramento to San Francisco last July. The ride took him a total of 11 hours and 20 minutes with him starting at 5 a.m., arriving in San Francisco by 1 p.m. and getting home to the PedalHard headquarters (1703 T Street) by 7:30 p.m. that evening. After the miles were logged, Remy, now inspired to ride further, began organizing a bigger plan and a longer trip with No Coast.

“It’s just a small documentary. It’s not super long,” says Remy. “It’s just to share what we’re doing in Sacramento and how good of a thing we have going. It was just a group of friends that went out and worked together as a team and made something really cool happen; positive things.” 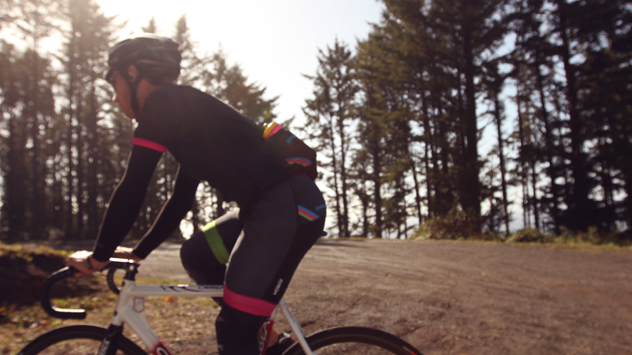 After arranging bike races to raise money in Land Park, gathering sponsors like Chocolate Fish coffee roasters, American Icon Wheels, Cadence Cycling in Philadelphia and hand picking his team, Remy says the financial and major detail worries of their trip finally melted away as soon as they arrived in Portland. During the film, Gee, who also happens to be a mechanic at The Bicycle Business (3077 Freeport Boulevard) and driver Jordan Yee, both followed the four men in an assist vehicle, lending a hand with broken bicycle chains, flat tires or general first aid if needed. 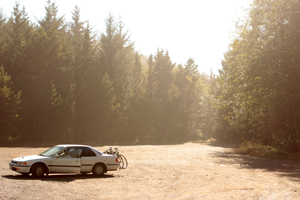 “We were lucky to have the assist vehicle with the cameras,” says Beltz. “If we ever had bike trouble, we could get in touch with them and Bobby and Jordan were amazing in the sense that any time we had a flat or a bike issue, they took care of it. All we had to do was relax and eat food while we were stopped and get water. That was really helpful.”

Ask the guys what day proved the most difficult and all will agree—day one. But not because of hundreds of miles logged or steep elevations. Try 20 MPH head winds and seven hours worth of storm to welcome the beginning of their expedition. Still, Beltz describes the remainder of the trip full of light winds, sunshine and temperatures ranging from 65 to 75 degrees instantly changing any doubts the riders developed. 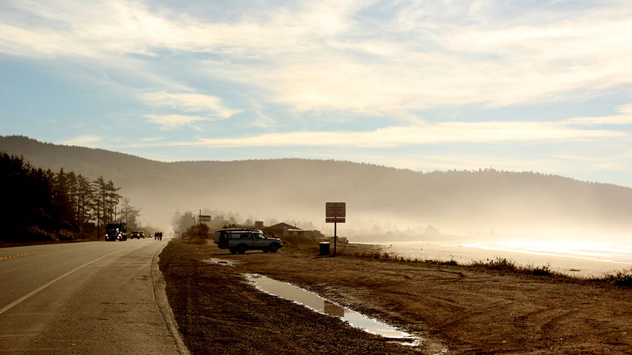 “We wanted everyone who started to finish,” says Beltz. “Most of this ride is climbing or descending. I can count on one hand how many times I remember riding just a stretch of flat. We would spend half the day climbing something and the rest of the half of the day going down it. We were on the bike like six to eight hours a day.”

The documentary is filled with landscape shots of both cities, architecturally pleasing buildings and moments where the four ride across bridges. There are both sunrises and sunsets as backdrops, and dramatic slow motion shots displaying the gusty weather blowing against the cyclists’ gear. All of this was filmed by Gee mostly hanging out a window recording every aspect of their story.

The screening is set for 7 p.m. on Saturday, May 11 at Hot Italian (1627 16th Street). With this day nearing, all involved in No Coast stress they aren’t looking for pats on the back or praise for finishing over 800 miles in seven days. Instead they simply aim to educate viewers about track bikes and share a story of four friends accomplishing a goal that began with a small idea, then a bigger idea, which eventually evolved into their finished product.

“The film itself isn’t about, ‘Hey, look what we did, we rode our track bikes from Portland to San Francisco, wow we’re so amazing,’” explains Beltz. “That’s not what it’s about. There are a lot of people that go and do that. It’s more about if you love cycling and you love the Northwest coast, you’re going to see both of those and it’s going to be put together in a beautiful way. That’s what it’s really about.” 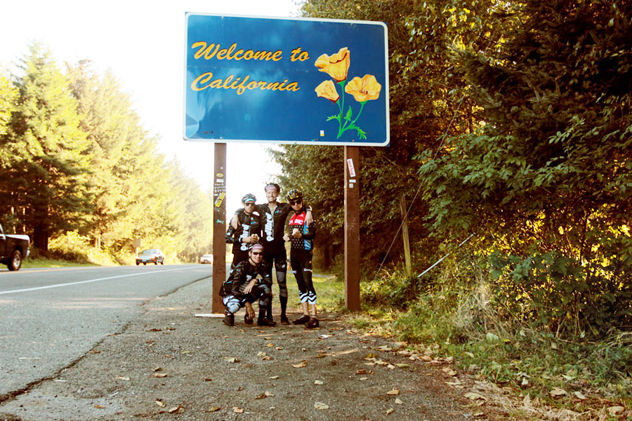 For Remy, the greatest moment experienced was riding across the Golden Gate Bridge, his friends behind him and knowing their last destination was now only five miles away.

“I just get the biggest high from cycling and accomplishing a big ride like that,” says Remy. “My endorphins just went off… For me, it was like, ‘We did it.’ It was just like that nice peaceful moment of silence and I was just staring off into the Bay, I was going across the bridge and I just wanted to cry with happiness and laughter.”

Check out the official premiere of No Coast at Hot Italian on May 11,2013 at 9 p.m. Admission to this event is free! If you’d like to learn more about the PedalHard Team, visit their headquarters in Sacramento (1703 T Street) or online at Pdlhrd.tumblr.com. 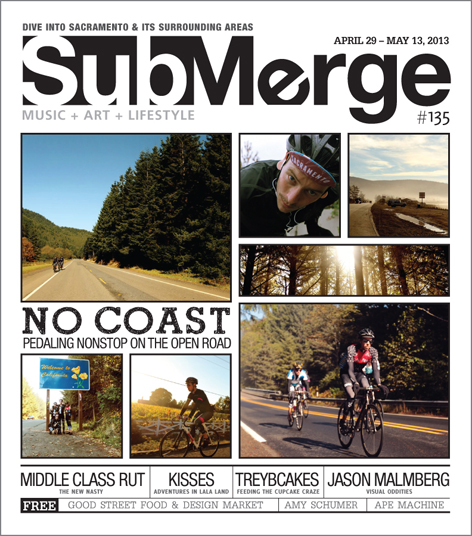