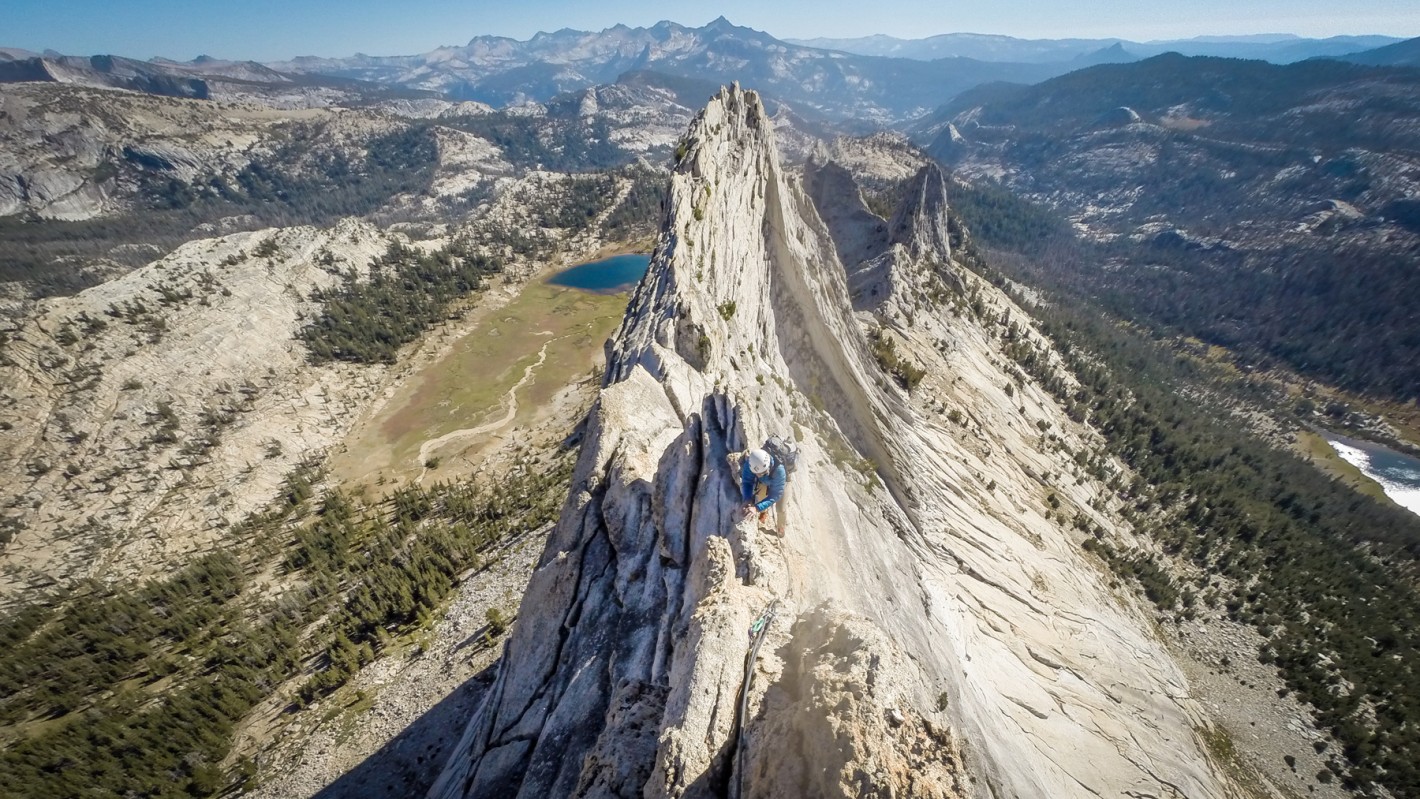 Adventure, whatever it is to you—hiking, skiing, surfing, SUPing, running, exploring, rock climbing—probably involves some sort of fear. I’m here to remind you that fear is a good thing.

The fire from within begins to creep out; you can feel the anger sweltering in your gut.

You’re mad, furious maybe. Why are you in this position? What decisions did you make to get to this horrible place? When will it end? How will it end? Is this the end?

Panic. You realize your heart is beating faster then you’ve ever felt before, which must mean something life-threatening is happening. It’s getting hard to breathe. You’re gripping tighter and tighter. Common sense is lost and anxiety has fully taken over your body.

Suddenly a moment of stillness. There is a realization that if you want to get out of this situation, you have to do something about it. No one else can help you. You must figure it out. Now. 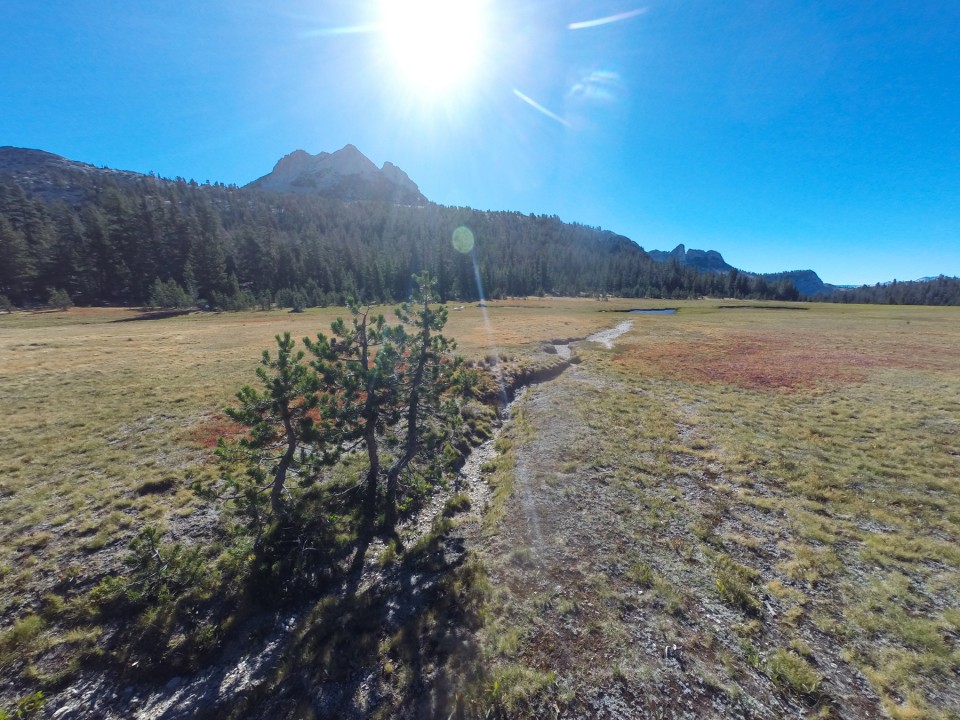 I sit on the back of my car as I write this, clouds gently moving across the sky. It looks like there is a storm rolling in. The valley that surrounds me is filled with massive rock formations and the talus that remains from obvious rockfalls looms below. I hear climbers chatting about the usual post-climb psyche. I wonder how their day was. A subtle buzz echoes from Highway 120; visitors are exiting the national park, maybe headed to the Mobile station or Nicely’s for some dinner.

The wind is picking up, the sky is darkening. I’m alone.

As a rock climber I’ve been told I’m crazy for the things I do. I’ve been called fearless, stupid, a risk taker, naive, crazy. Many people avoid fear. It is vulnerable, it is uncomfortable, it can be dangerous, but it can also be life changing. I am many things, but fearless is not one.

I write this ode to fear to remind myself and my readers, that fear is necessary. Fear forces us to grow, to learn, to become stronger—mentally and physically. Those that avoid fearful situations are fearful of fear. Fearful of what may happen; scared to live and push their boundaries.

For a month, I had been stressing about one particular rock climb. It was exposed, the approach was long and every day my fingers maniacally typed, searching for the most dismal news about said climb. I found out about a man who had died on it two years prior and I retreated deeper and deeper into my head, where every negative thought flooded my perception. I was overtaken by fear. The psyche I had two months ago was diminished. 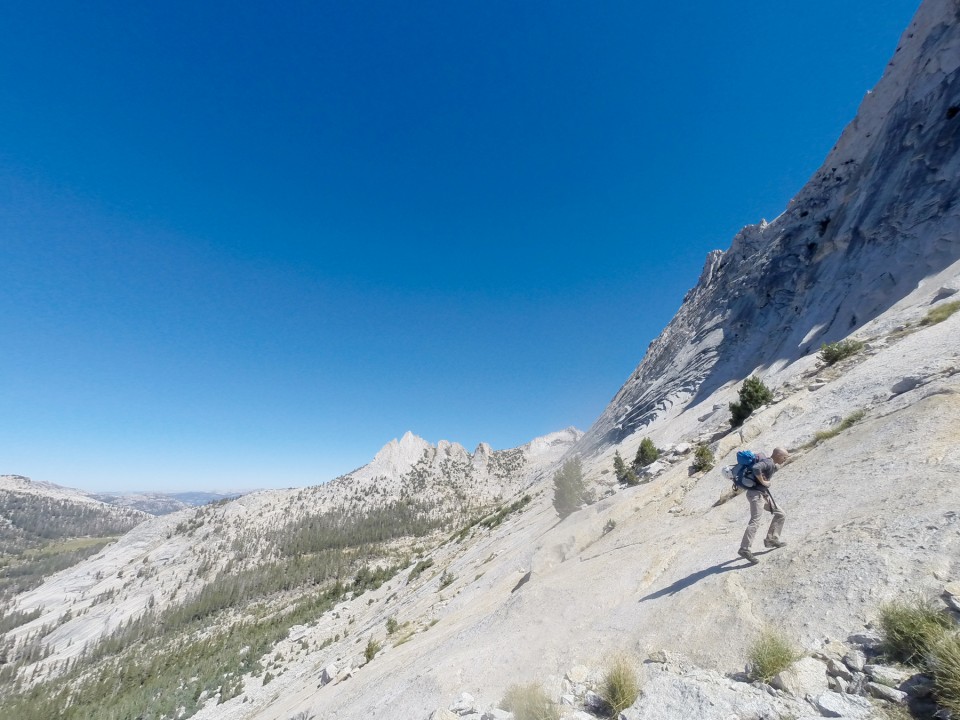 It was the week prior to my departure date and I was hit by a car. It’s fate, I thought. Even the universe is trying to tell me not to go do this climb. The weekend came and I was a bundle of emotions. I was crying, anger was seeping out of my veins and I had officially let fear take over my being. I didn’t do the climb.

The following weekend came around and I had relaxed a little. I was still nervous but this was something I had wanted to achieve for a long time. Once I was on the climb, my psyche was back. I was so excited, I wanted to run up the mountain. It was so much easier than I had anticipated. I couldn’t stop smiling and even when I got fearful of a situation I was in, I took a breath and kept moving forward. Sixteen hours later I arrived back at camp. It was one of my favorite climbs I had ever accomplished. I shed tears, I yelled at friends, I was dehydrated and scared, but the moments of euphoria (along with a view from 11,000 feet above) was worth every aching, fearful pain I had.

I’m inside the car now. The wind has picked up, the temperatures have dropped, the sun went down and I’m still alone. I turn the car on every now and then to blast the heater, turn it off and it’s immediately cold again. I was to meet two friends here at 6 p.m. It’s 9:15 and still no sign of them. My fear is building; I am not fearless.

End note: I know of many who have died pursuing their dream, especially in adventure, pushing through fear to the end. Every one of us will eventually pass but until that time comes, we have the ability to live as fully, as fearfully and as happily as we can. 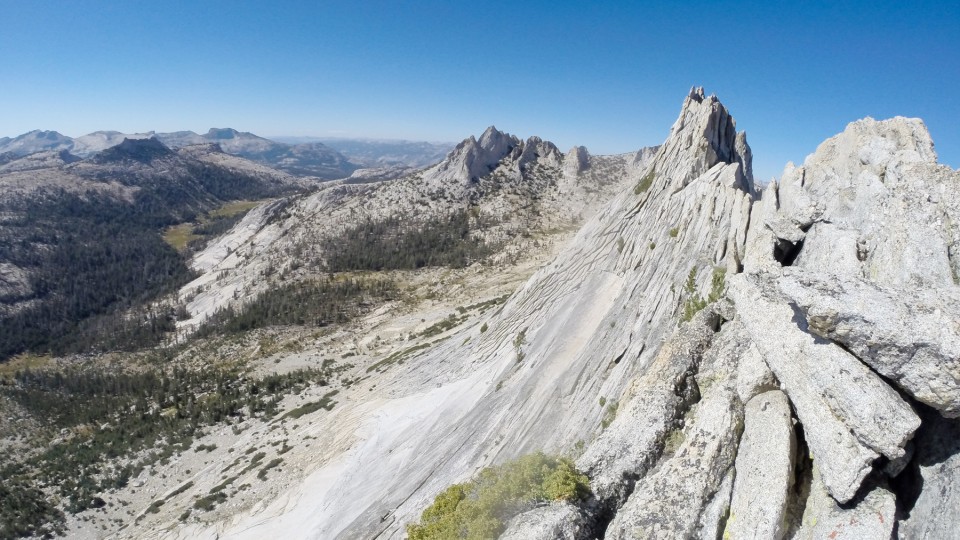 {Looking down over Yosemite National Park}