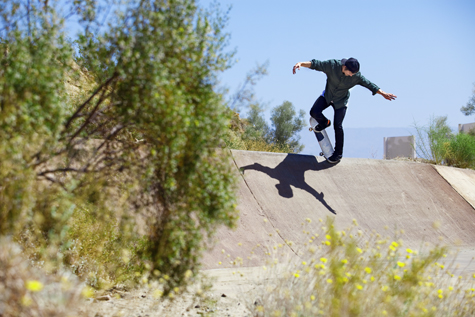 If you know anything about skating, you don’t say “who” when Geoff Rowley’s name is mentioned, nor do you casually agree to an interview with him. The proper reaction should be similar to the yells and panty tossing that boy bands typically receive… or a cavalier, but cool reply of “gnarly.”

Rowley was Thrasher magazine’s Skater of the Year in 2000 and one of the few blokes lucky enough to have a trick named after him, the Rowley Darkslide, a variation of a trick created by the great Rodney Mullen. Rowley’s legendary video parts showed him going huge since 1994, back in Liverpool before he jumped the pond.

Rowley’s name rings in the urban jungle and in the actual jungle. In fact, a hobby of his is to track big game in the wild. This juxtaposition of interests was the source of my intrigue, thus it was my first question for Mr. Rowley.

When did your fascination with wild beasts start?
I probably couldn’t put an age to it, but just before my teen years my friend, who I skated with, was friends with the chief game warden up north of England. I’d been skating with that guy so much, and he’d been skating since 1972, so he was a lot older than me. But I had fun skating with him, got on a roll with him. We were into all the same skaters–shit like that. So I ended up hanging out with him outside of skating. We went up into the north country of England one time and just enjoyed it–basically stalking deer. That’s kind of where it started. I’ve been doing it for over 20 years since then.

Do you have any stories of you hunting/stalking trips going awry?
No. I wouldn’t say anything’s been that close. I’ve had friends who have been in some bad situations. This is about skateboarding; what’s going on here?

Have you ever skated in Sacramento? What’s your favorite spot here?
Hundreds of times, all over the city, even way up in Placerville. I know the area really well. John Cardiel and Omar Salazar are from out that way. I’ve skated with those guys many times.

I wouldn’t say I have one favorite spot. There was this one rad car park with…barriers on the top, but they took it out. It was pretty rad and unique. A lot of the stuff downtown when I was first going to Sacramento, you can’t skate anymore. Downtown isn’t really skateable.
There’s good stuff in Davis. All over the place. It’s a big suburban area with a lot of skate parks. So there’s plenty of good stuff to skate with a good scene as well.

Do you have any plans to continue the Sorry series?
We just finished the third video last year, which was Extremely Sorry. It was only kind of intended to be a trilogy. So I would say we’re moving forward now as far as any other videos we’re working on in the future. They’re going to be new and fresh. It’s important to evolve. We had fun with that and that was a chapter of our company, but it’s reinvigorating to have a new start. Change is good. Unless we’re talking about Obama, then change doesn’t appear to be that good so far.

Do you want to make this a political discussion?
No I don’t.

Would you care to say a few kind words about Louie Lopez, since he’s joining you in Sacramento?
You can’t say anything but good things about that kid. He’s rad and super progressive. The raddest thing about Louie is that he smiles. He loves it and that’s going to take him to the end of the earth. If I could have one young kid riding for Flip as an amateur, it would be Louie Lopez.

He’s constantly learning new tricks and out skating all the time. He lives in Hawthorne, Calif., so he’s around a pretty good scene. There are a lot of kids that skate. A lot of kids don’t have a lot of money in that area so they’re a little more humble. He’s just around good people, down-to-earth people. It shows in his skating.

Last question. You’re at the Pearly Gates and St. Peter demands you do one trick to get into Skatepark Heaven. What do you pull?
Probably turn around and go fakie. 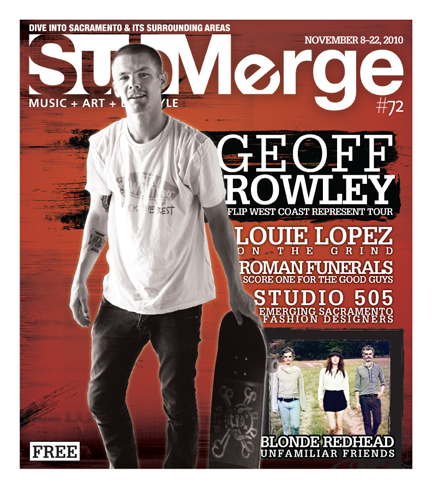