That’s It, That’s All Will Change Snowboarding Forever

Out With the Old

Forget everything you know about extreme sports films. Professional snowboarder Travis Rice’s highly anticipated new movie, That’s It, That’s All, is finally out and the industry will never be the same. For two years, producers Rice and Curt Morgan scoured the globe in search of perfect conditions visiting New Zealand; Japan; Germany; Canada; Valdez, Alaska; Jackson Hole, Wyo.; and Mammoth, Calif. The fruits of their labor is a truly groundbreaking film.

Both the level of riding and the level of production are unprecedented. The film was shot entirely in high definition using a dozen different types of cameras including, for the first time in a snowboard film, the Wescam 35mm to catch steady shots from on-board a snowmobile and the Cineflex HD to capture steady aerial shots from a helicopter. The result is an awe-inspiring Planet Earth-meets-epic snowboarding film. Submerge recently caught up with Rice from his Jackson, Wyo. home to chat about the new film. 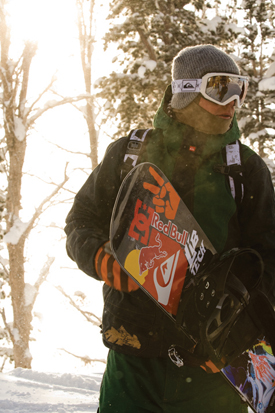 How have the premiers been going so far; you’ve had a bunch, right?
Yeah, we’ve had quite a few. We did a world premier down in Wanaka, New Zealand, and then did a tour through Australia and then we just finished our US Tour. Next Wednesday we’re heading over for a fucking death march through Europe.

I’ve read in a past interview that you still have videos of you and your friends filmed on shitty old VHS cameras riding in the back country when you were kids. It’s got to be a trip to watch That’s It, That’s All now that it is completed. Your films have obviously come a long way.
[Laughs] Yeah, I’m still excited about it and I’ve seen the movie God knows how many times, not to mention being in that editing room for about four months. Seeing people watch it though, they are genuinely stoked on it. I’m still hyped on the film.

Don’t you think you just made every other snowboard video dropping this year look like clown shoes?
[Laughs] Um, I mean I definitely don’t like to say it that way. We were definitely after our own thing for our own reasons. We weren’t necessarily out to shit on the competition. I guess simply put, in comparison, yeah. We kind of made the video comparing it to film entities other than snowboard films, so for us it wasn’t like, ‘Think about doing this or doing that.’ 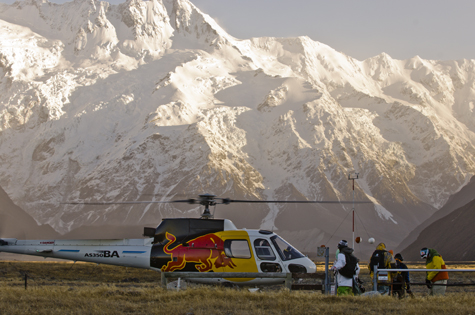 So that’s why you get that “floating camera” effect, right? Where it doesn’t feel like the camera is in the helicopter at all.
Totally, and that’s why we really wanted to do it that way. We used another system as well; it’s a little bit of an older system but more kind of what Hollywood uses called the Wescam 35mm. The real reason we wanted to do that is because, I mean, you see aerial shots a lot these days in films, but you always think that there’s some dude hanging out of the chopper trying to keep it steady. But with the Cineflex you can do it, and you’e still focused on the action and what’s going on. You don’t even think about the fact that you’re shooting from a helicopter.

You filmed for two years; there must have been tons and tons of footage. How do you sift through all that and decide what makes the cut and what doesn’t?
It was a long process, man. We had a little over 300 hours of raw footage at the end. 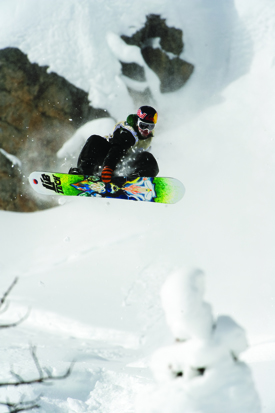 Organization is everything, if it just came down to editing, then you know, bada-bing bada-boom. Sitting and organizing the footage is probably the most tedious part. Curt Morgan, my partner, he started basically in the fall before our second season and kind of worked steadily throughout the winter. We even brought our studio up to Alaska with us for a month. We would shoot during the day and work all night. Then come springtime he pretty much sat down in front of a computer and didn’t leave for four months straight.

What happens with all the unused footage?
We’re doing a six part hour-long TV series. So a lot of it is going toward that.

When will that be ready?
Next fall.

I feel like anyone could watch That’s It, That’s All and enjoy it regardless of whether or not they had ever been snowboarding. Is that what you guys were going for?
That was kind of our big challenge that we put ourselves up to on this project was basically still making the movie for our peers, for the core snowboarder. But, at the same time trying to do it in a sense where a 50-year-old Texan could watch it who has never seen a snowboard and have it be compelling and interesting.

You can’t really appreciate things until you’ve tried them yourself, whether its skateboarding, golf, anything. Until you actually go out and try you don’t really grasp what’s its like or how challenging it really is.
Our big thing was trying to put the viewer in the shoes of the rider. 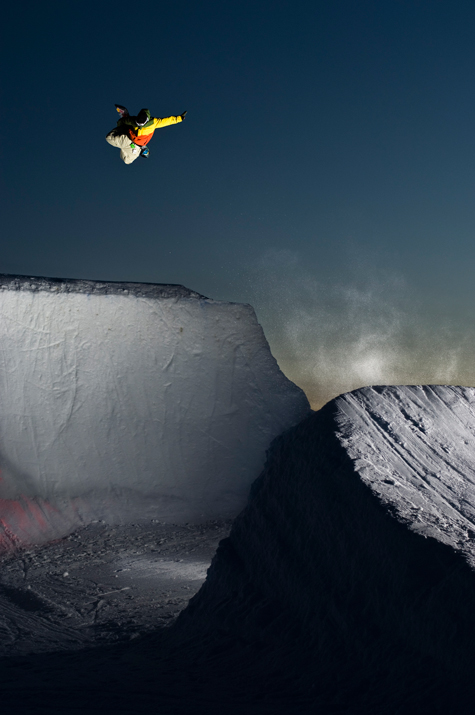 Did that happen often on that trip?
That’s pretty few and far between. That’s only really happened to me three times ever, and that one didn’t even really catch me. It’s definitely uncommon. But, you know, the danger is there, indeed.

There’s a section in the movie where some of your peers are praising you and talking all this great shit about you. What’s it like to hear them say things like, “Rice progresses the sport?”
Oh it’s epic. I couldn’t be happier about it. To be honest, with making this film it’s been a little difficult, especially in the editing process, because it is so focused on me. My buddy put it best when he said to me, ‘The only way this movie is going to be good is if you’re the only one who doesn’t like it.’

[Laughs] No, but I mean it’s definitely humbling.

You are all about progression, you have pushed the sport in new ways your whole career. After That’s It, That’s All, what the hell could be next for Travis Rice?
Oh, it’s in the works, man. In 2010 we’re going to shit all over this project [laughs]. No, ever since we basically had our first premier of this film we’ve been working on a new project. I guess That’s It, That’s All isn’t exactly the greatest title for following it up. 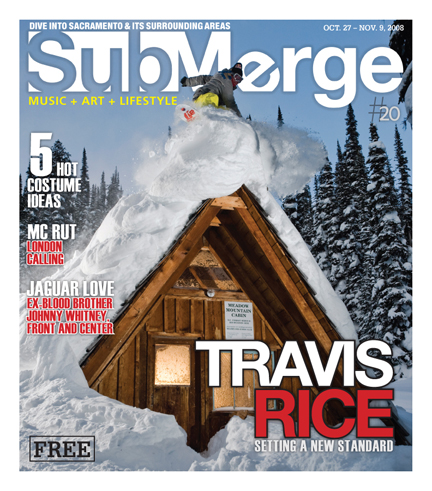