Twenty-seven-year-old professional snowboarder Pat Moore is about to spend his 20th season on his board. Before most of us even had our driver’s licenses, the New Hampshire native had major sponsors, was competing in the X Games and most importantly began finding his real calling: filming and putting out amazing video parts. With a hard-charging, punk rock-influenced style and total mastery of riding in both back country and urban terrain, it’s no wonder that one of the most popular and respected boardsport brands, Volcom, chose Moore as the main subject of their latest snowboard film.

The film, called Mr. Plant (more on the name later), follows Moore and a group of his peers on their travels, showcasing insane snowboarding shot in locations from Jackson Hole to Japan with a raw, in-your-face approach to the filming and editing. In anticipation of Mr. Plant’s Squaw Valley premiere party on Friday, Nov. 7, Submerge caught up with Moore on the phone from Denver, where he was en route to that city’s premiere party. 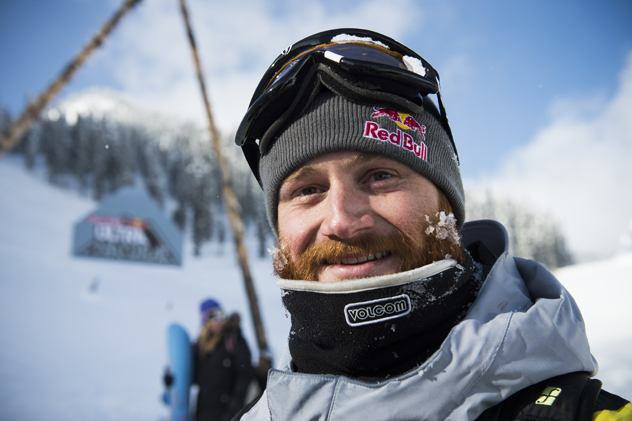 How has the film’s tour been going so far? Having been in a touring rock band before, I know first-hand that the road can be rough!
Yeah it’s a lot of traveling, late nights and early flights. But it’s been really fun, it seems like every stop, especially with this U.S. tour, I’ve been getting to see old friends and catch up with people so that’s been really cool. The video has been really well received so that helps a lot. People are really hyped and it’s such a good time of the year too. Everyone is hyped to get started snowboarding!

Let’s talk about the film: where did the name Mr. Plant come from? I read somewhere that it was a nickname for you. Do any of your buddies still call you that?
Yeah, Mike Rav and Scott Blum and those guys who are all in the film, they still call me Mr. Plant. Basically it was just kind of a random funny party night and I had this note left at my apartment from some friends who gave me this fern or some plant or whatever. It was like, “Water Mr. Plant every week or it’ll die.” [Laughs] Yeah, it just became a nickname.

You filmed in a lot of incredible places for this movie. What would you say was the standout trip when shooting this project and why?
We had some amazing trips. I think the best one just for memories’ sake would be the trip to Baldface that we had with the whole Volcom crew including Richard Woolcott [founder of Volcom], and then also Jamie Lynn, Bryan Iguchi and Terje Haakonsen. It was just so sick to be able to ride with those guys, the legends of all legends, and we had epic conditions. Deep powder, it was just fun. We weren’t too worried about filming the gnarliest stuff we were just psyched on getting pow slashes and high fiving. 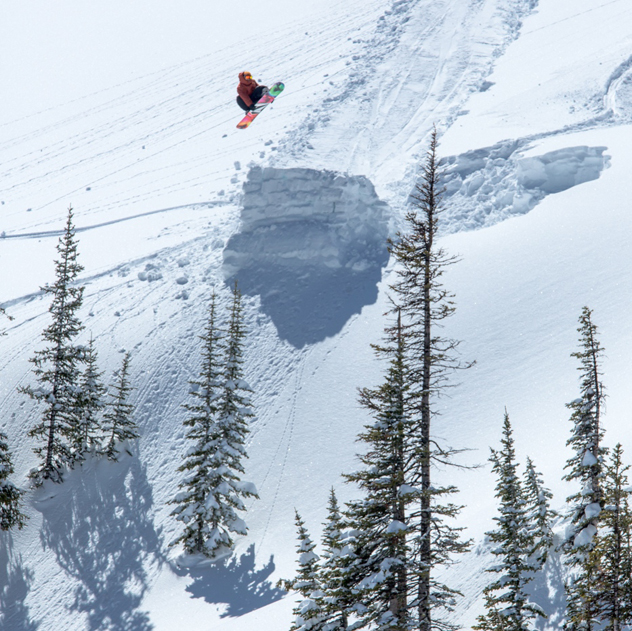 Having your own video project being backed by such a rad “core” company like Volcom, how does that feel? It has got to be a trip! Has it even really sunk in yet?
I’d say if anything it definitely sunk in in New Hampshire at our world premier in my hometown. The turnout was insane, there were like a hundred people who couldn’t even get into the theater. We had the whole crew out there staying at my house. It was just super special. I guess that was kind of where it hit me that we did something cool, you know? And to have the support of not only the riders being there, but the head honchos over at Volcom flying all the way out just for the premiere in New Hampshire, it just shows their support. They’re just as down now as they were back in the day.

It looks like Mr. Plant is more of a raw, in-your-face, old-school-skateboard-style video, as opposed to some of the more high-budget, over-produced snowboard movies that have become popular in recent years. Is that something you guys were going for, that raw style of filming?
Yeah for sure. We just wanted a classic snowboard video, one that you would watch before you go shred. We kind of took all the crap out of it. A lot of it is just [director/filmer] Jake Price’s personal style; it blends perfectly with what I like and with Volcom also. 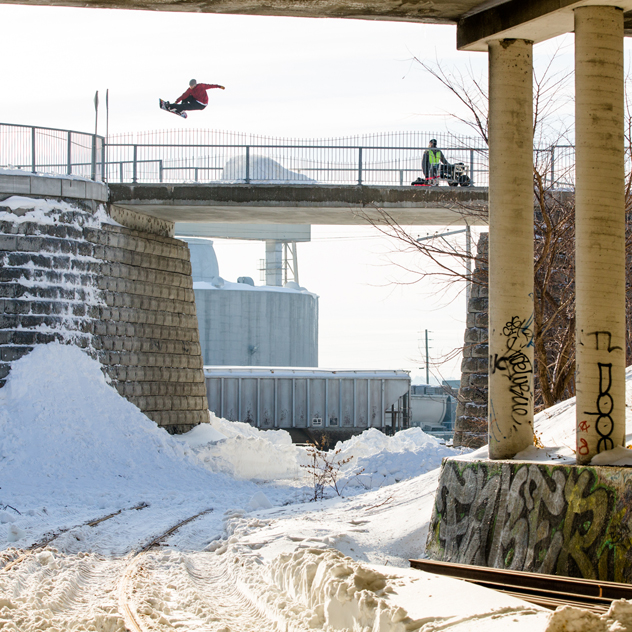 In your web series from last year, Blueprint, you say something about how you hate being called, “The hardest working guy in snowboarding,” because you think snowboarding isn’t work at all. “That’s a double negative,” I think you said. Now that you’re out on the road promoting your own movie, fielding interviews left and right, traveling like crazy, do you still feel like this isn’t a real job?
Well I’d say it’s probably one of the coolest opportunities I’ve ever had in my life and I know that there’s plenty of other people who wish that they could have this type of scenario, so I don’t take it for granted and I also try not to take it too seriously, you know?

People don’t think of snowboarding as a team sport, they look at it as an individual thing, and by most measures it is. But, a lot of the time in your situation where you’re out there with a whole crew trying to get a specific shot, it really becomes a group effort doesn’t it?
Absolutely, yeah. When it comes down to the snowboard part of it, it’s individual. But it’s the whole group that makes the filming possible, you know? Building the jump, getting up there, just capturing it correctly, either the photo or the video, so that it looks its best. All the art that goes into snowboarding videos and everything. The whole crew makes that. It’s not just one person out snowboarding and getting a great video part or whatever, it’s this whole crew. It’s like your family for that year that are helping each person achieve what they want to do. 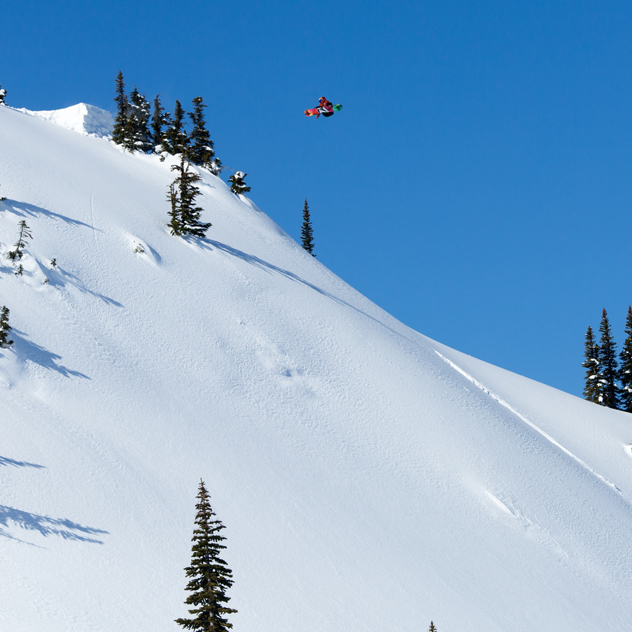 Pros like you make snowboarding look so easy on film, like you can just land any trick that comes to mind first try. Do you ever struggle with certain tricks or riding in certain terrain? When you strap into your board, what fears or challenges do you have to overcome?
Oh, a ton! I feel like with each trick there’s a little bit of trial and error. Especially after all these years of doing it, there’s things that you just do, whether it’s spinning cab and pre-spinning, or if I’m spinning backside, I don’t pop as much, these little battles that you have to go into for each trick. It’s not just as simple as like, “Oh, I’m going to do this and it’s going to be perfect.” Each time it’s a new approach.

Being so close to Tahoe, a lot of our readers are boarders and skiers for sure, and over the years we’ve done our fair share of snowsports-related coverage, but more than anything we cover a lot of music and art. How do art and music play into your snowboarding and filmmaking?
Oh man, it goes hand in hand! Everything from snowboard graphics to funny skits and art that has gone into videos in the past and currently. I think that’s one of the coolest parts about being a pro snowboarder is meeting a lot of different artists and working with people who are just as talented in a different aspect.

What are your plans for this winter?
Right now it’s pretty open. I’m going to spend a little bit of time with Brain Farm for their new film [ed. note: Brain Farm is the production company behind Travis Rice’s groundbreaking snowboard films That’s It That’s All and The Art of Flight]. Then I believe we’re going to do a new series of Blueprint videos, so try and do some more traveling with that and get some different people in there that I think are interesting and have a cool story to tell.

Catch the Tahoe-area premiere party for Pat Moore’s new snowboard film Mr. Plant on Friday, Nov. 7, 2014 at the Olympic Valley Lodge at Squaw Valley. Doors at 7 p.m., movie at 8 p.m. It’s free, all ages are welcome, bar for 21-plus. Afterparty starts at 9 p.m. at the Plaza Bar (also at Squaw). Mr. Plant himself will be in attendance, so you should be too! It’s the best way to get pumped for a season full of shredding! Visit Volcom.com/mrplant to view the film’s trailer. 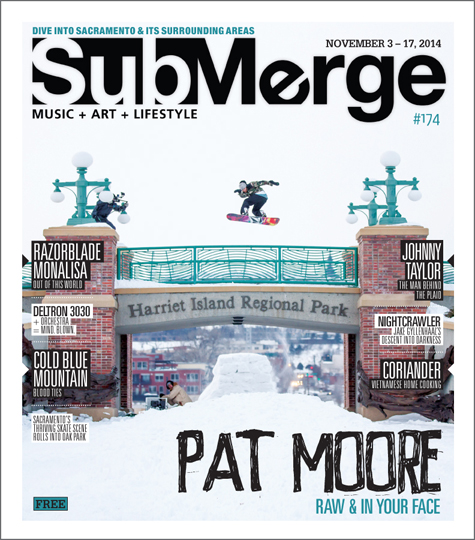